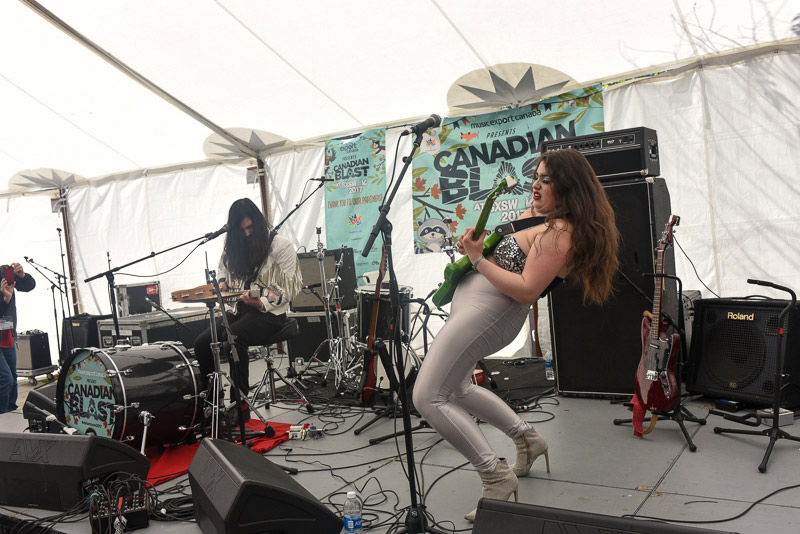 Across the street from the Convention Center, various countries take over parts of Brush Square Park for food & music. Some of the best of both naturally comes from our neighbor to the north, Canada, in the Canadian Blast, with artists like Tokyo Police Club and Les Deuxluxes. 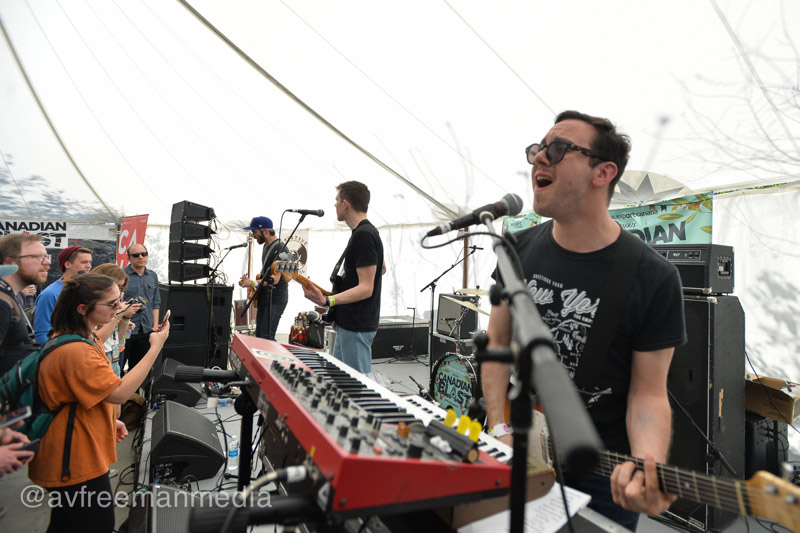 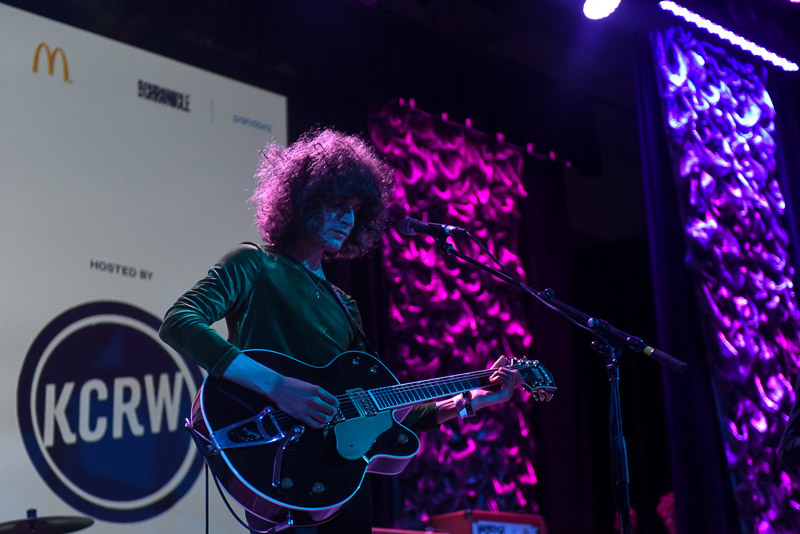 Of course radio stations would be pushing the rather overrated Temples at Radio Day Stage inside the Convention Center.

Bars in Austin close at 2:00 AM, so that’s when the shows end as well, but occasionally one can find an after-hours private invite or RSVP event, where they can keep serving liquor and airing tunes. VICELAND, the hipster magazine that’s become a cable channel parked a bus on Red River Street and had short DJ sets inside, where the crowd would rotate every half-hour, so lots could get inside. But it also invited some to an after-hours party on the bus.

And probably shouldn’t have. The inside of the old school bus seemed particularly tight, thanks to the refrigerators and audio equipment, and only VICE employees could go onto the reinforced balcony above (they wouldn’t sue if they fell off). Lots of people showed up at or even before 2:00 AM to get on the bus (which wasn’t going anywhere), creating a scrum that no amount of shouting for people to take a step back would fix.

Of course, that really didn’t matter, since the only people getting on were VIPs who would skip that pseudo-line, making everyone who was waiting patiently a lot less patient. Really, they were never going to get on, as even the bus’s own DJs had to negotiate their way on – but more than a few in the regular line didn’t help their case by drunkenly flipping off the VICE people trying to control who entered, causing any entrance to be shut down.

-Your correspondent’s new flight from Newark to D.C. (after the Tuesday one direct to Austin was canned due to the snowstorm) was delayed due to ice on the wing. The connecting flight from D.C. to Austin was delayed as well, so no flight was missed, but it touched down at Austin-Bergstrom International Airport at 9:30 PM. Credential pick-up at the downtown Convention Center closed at 10:00 PM, and your correspondent only made it there by 10:10…

-The Drums @ The Gatsby, 5:00 PM. Pandora broadcasted from The Gatsby throughout SXSW.

-At the Drive-In @ Mohawk, 10:15 PM. Special guest at House of Vans was the reunited At the Drive-In, coming to SXSW before the May release of their new album, in • ter a • li • a.

-Spoon @ The Main, 1:00 AM. Second night of Austin locals-made-big Spoon at The Main.