For a big Thursday at SXSW, there was Twix, Rachael Ray, Culture Collide & more.... 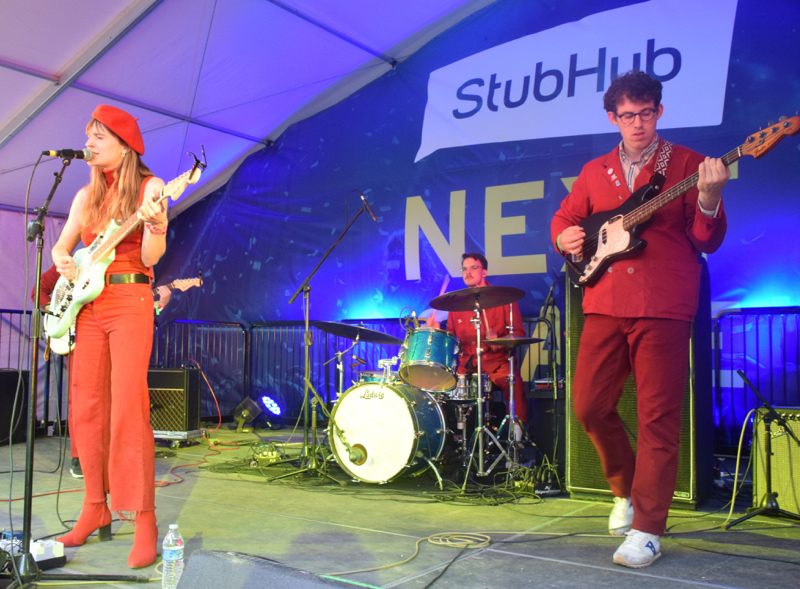 Poppy guitar lady Liza Anne played the daytime StubHub Next Stage, to a crowd on park benches at Banger’s. 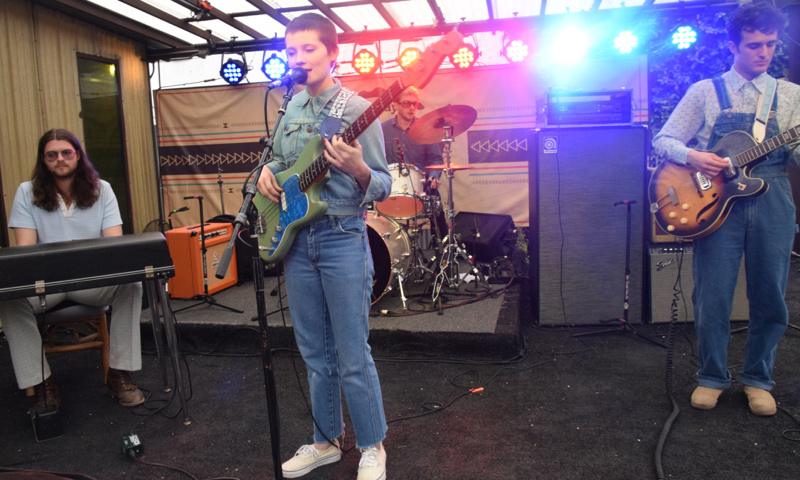 One of the best, and most consistent, SXSW sponsors is daytime television host & chef (and Austin local) Rachael Ray, who has her own ‘Feedback House’, with free drinks – and great free Kings Hawaiian specialty hot dogs & chips. Admittedly, the actual line-up at the House wasn’t gripping this year, but nice to hear some Francophile sixties female easy listening pop from The Shacks. 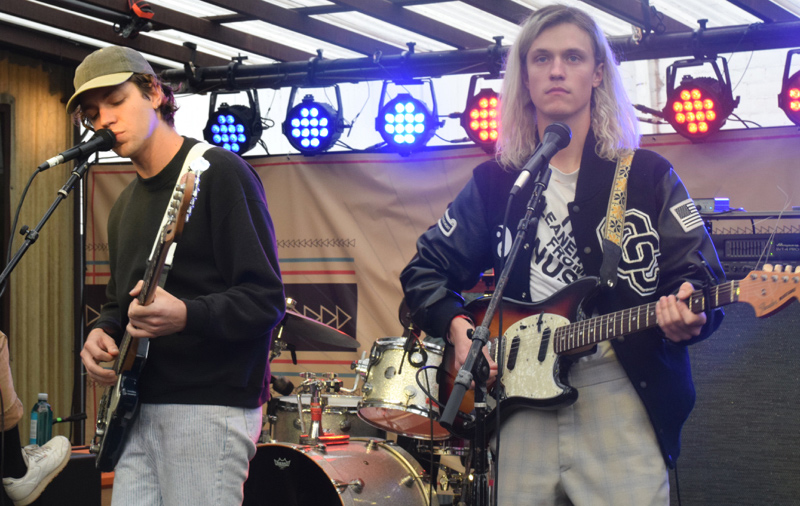 The nice sounds continued with Chicago’s Hot Flash Heat Wave, a sunny relax reminiscent of Real Estate, even if at this time of day & SXSW, made one want to take a nap. 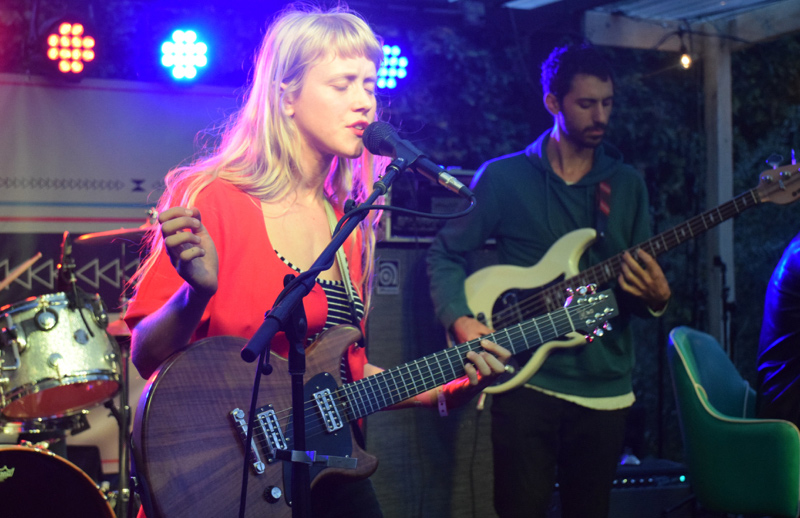 Even easier to listen to was Alice Phoebe Lou, veering almost into smooth jazz. 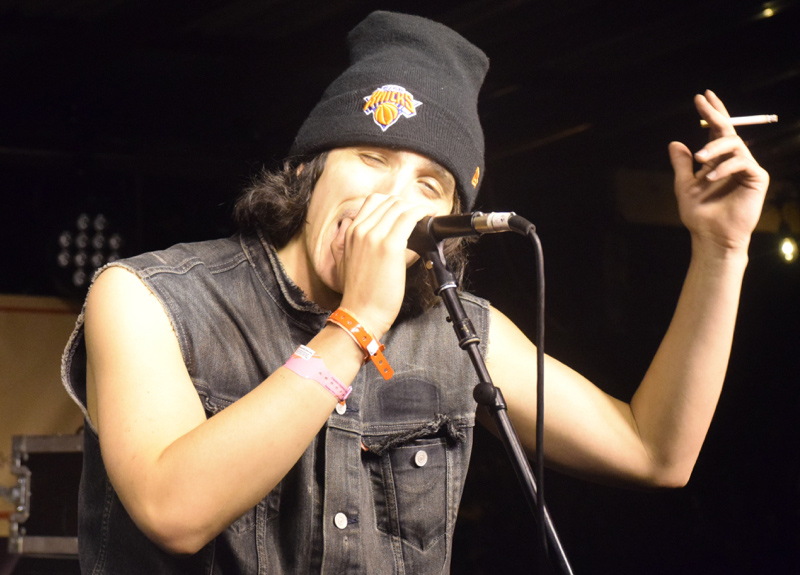 Not since Skaters played VICELAND at SXSW ‘13 (QRO photos) has an act so blatantly evoked/aped The Strokes as The Britanys. You can call it ‘neo’, you can call it ‘wanna-be’, but everything from their attitude to cover of The Ramones’ “The K.K.K. Took My Baby Away” (including mentioning that it was from “another New York band”) made one think of people that wanted to recreate Meet Me In the Bathroom. 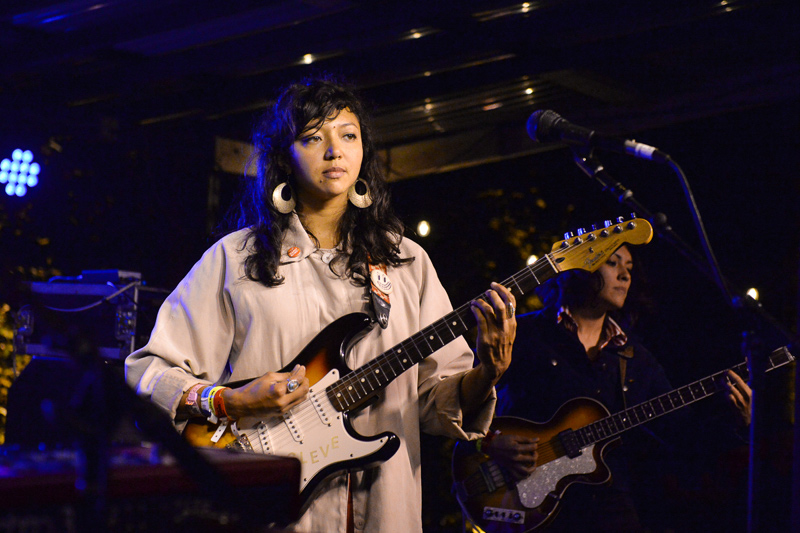 Unfortunately had to leave, just as La Luz were soundchecking. 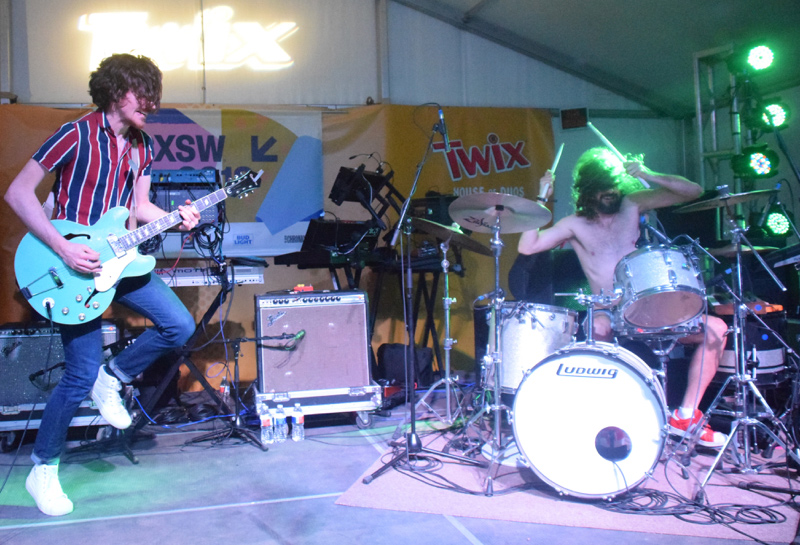 Guitar-and-drums duo Black Pistol Fire also reminded, of the prior night at Lustre Pearl’s Japandroids, but in all the right ways, from great energy to it being their only SXSW appearance. And appropriate for Austin, BPF made it feel more like a classic Suthron rawk party. 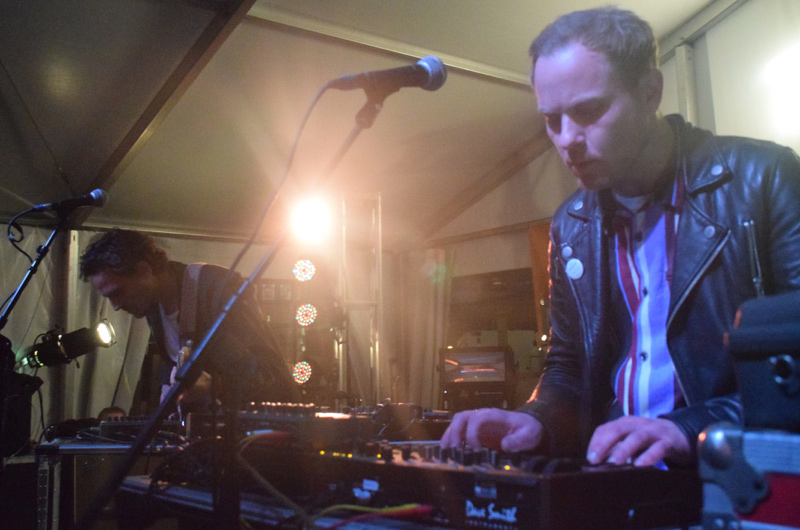 Another two man group doing it the right way, if otherwise very different, Classixx’s electronic dance was relaxed and having fun, not aggressive & in-your-face, or snobbish and too-good-for-all-of-this. Oh, and they played actual instruments! 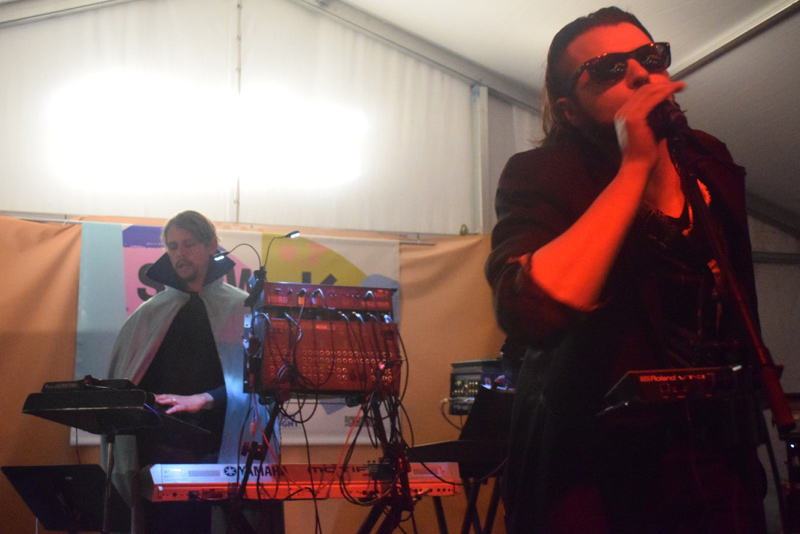 There were huge lines outside of Lustre Pearl at the start of the night, undoubtedly for locals Ghostland Observatory playing a rare SXSW show. So it was a big crowd indoor by the time they went on, another two-man electronica act, but with lasers and smoke. They also were active and happy to be there, playing a small-for-them stage. 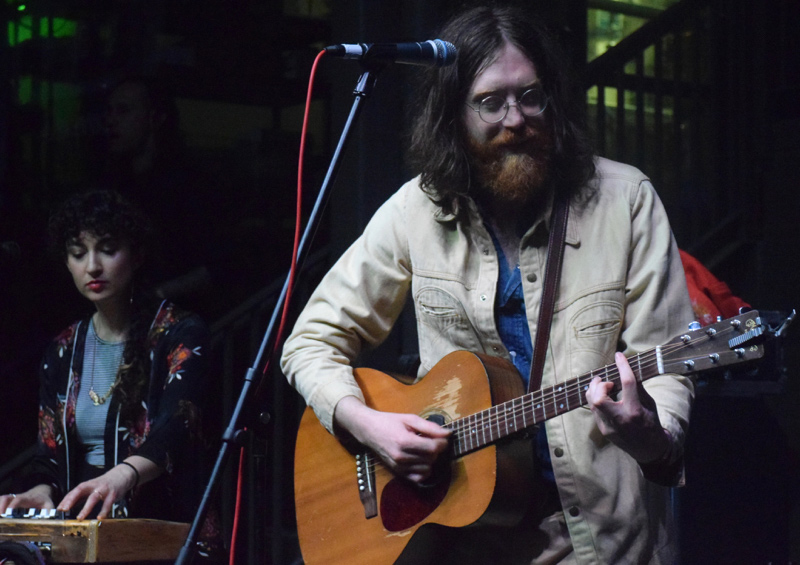 Before calling it a night, caught one had-to-catch SXSW ’18 act, Okkervil River. They were playing way west at Cedar Street Courtyard, which was great if you were catching a bus home, but the distance & hour depleted the crowd. Yet they still took a while to get on (a roadie with an iPad seemed to have to check everything a million times, even after the band had taken the stage, because they were playing such a massive place…), then did their upcoming record, In the Rainbow Rain, which one could tell that they were excited to play live.

-Stopping into a CVS downtown, and it was Austin local Spoon playing on the soundsystem.

-After being denied VIP at StubHub Next Stage the prior night following only a cursory glance at the list, they didn’t even have to check the list, but rather knew your correspondent’s name, when he returned the next day. But it didn’t even have open bar – obviously, StubHub doesn’t have that sweet candy money…

-Speaking of, TWIX House of Duos was an amazing sponsor, with free VIP drinks in the balcony and free candy all over. But does liking the white chocolate Twix over the dark chocolate Twix make your correspondent racist?…