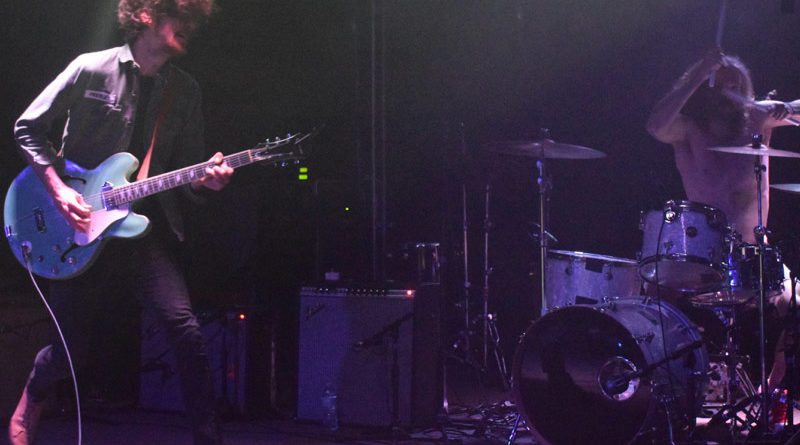 SXSW Music heats up as SXSW Interactive winds down. The Interactive portion has grown & grown, from launching apps to this year hosting numerous Democrats running for President. Monday was an odd combo of the two, people leaving, people arriving. 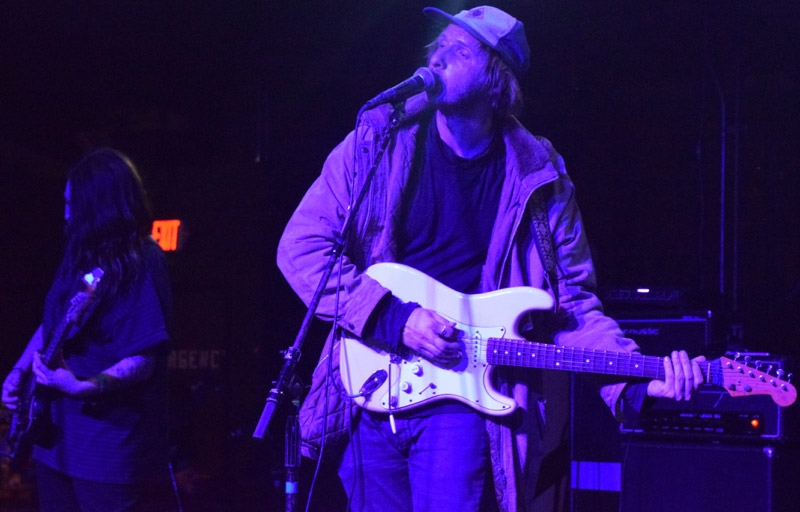 Empire Garage had the ‘Music & Tech Meet’ evening, with a good line-up for an admittedly weak day. It started with Sego, who had indie-rock with a straight-faced sarcastic attitude, popping the bubble of self-seriousness that SXSW often has. 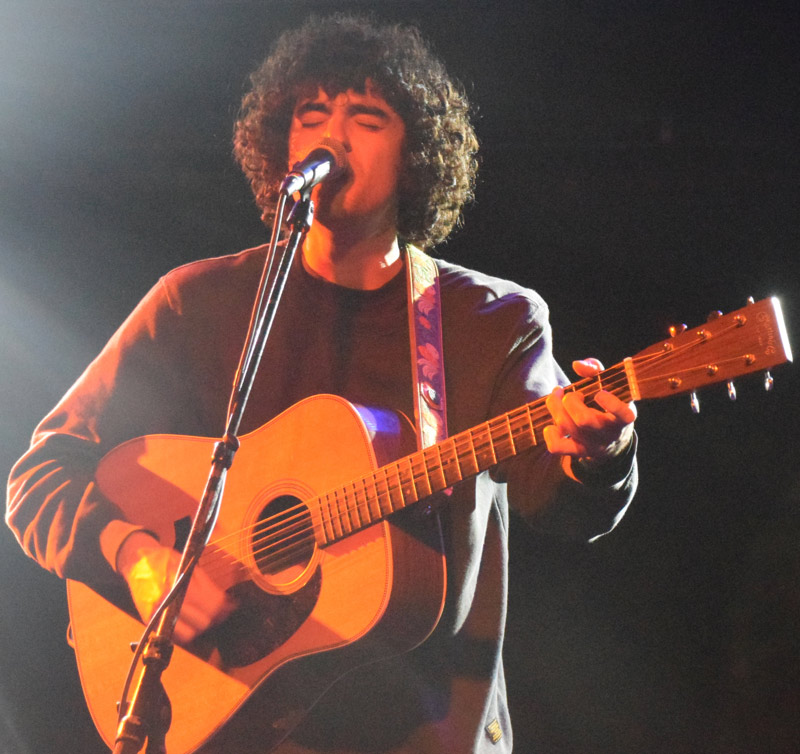 It’s always tricky to be a solo act on stage, especially doing such an out-of-fashion thing as just playing a guitar & singing (no backing track, no DJ…). Adam Melchor was doing sweet, emotional relax, such as his new song “Real Estate” (which did bring to mind the sweet, emotional band Real Estate), as well as a cover of The Beatles’ “A Day In the Life”. 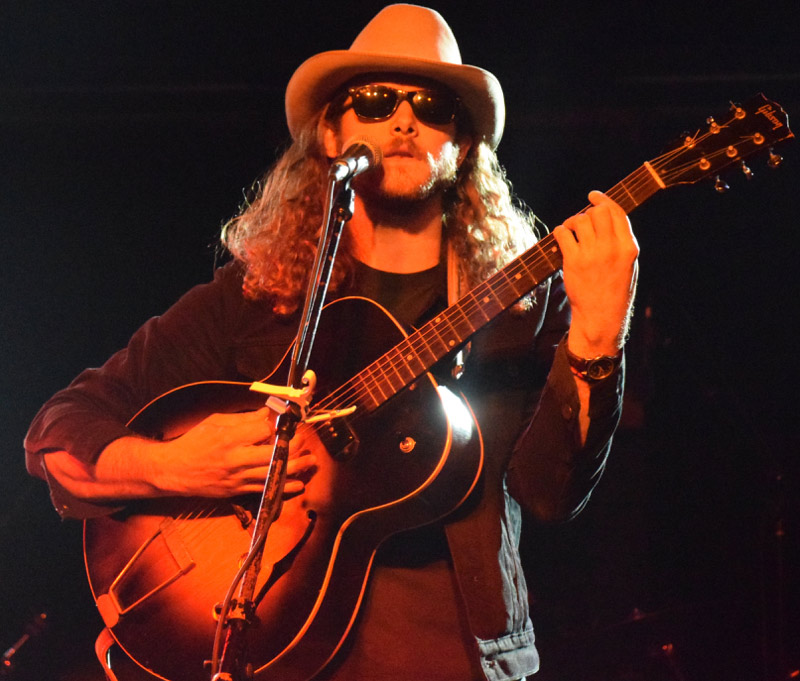 It’s not SXSW without some alt-country stylings, such as Pierson Saxon, who unlike Melchor had a full band behind him. 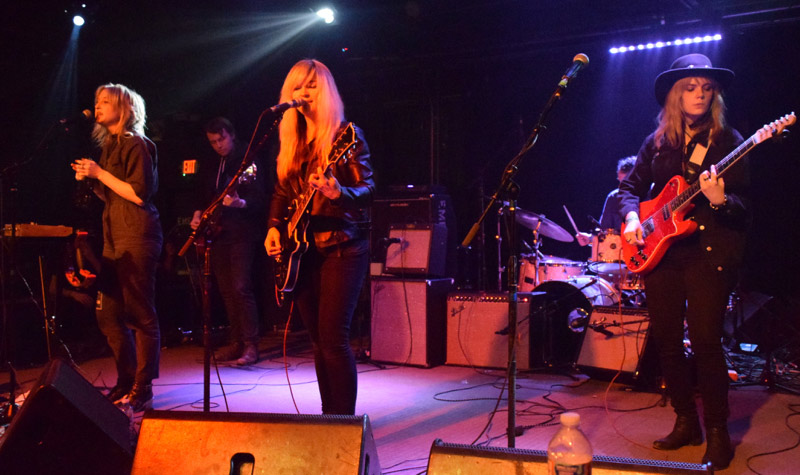 But better country was locals Moving Panoramas. As displayed on their recent In Two (QRO review), they’ve got a fuller, more encompassing rock sound to their country, particularly the times when there was more than one singer, as well as a strong stage presence. 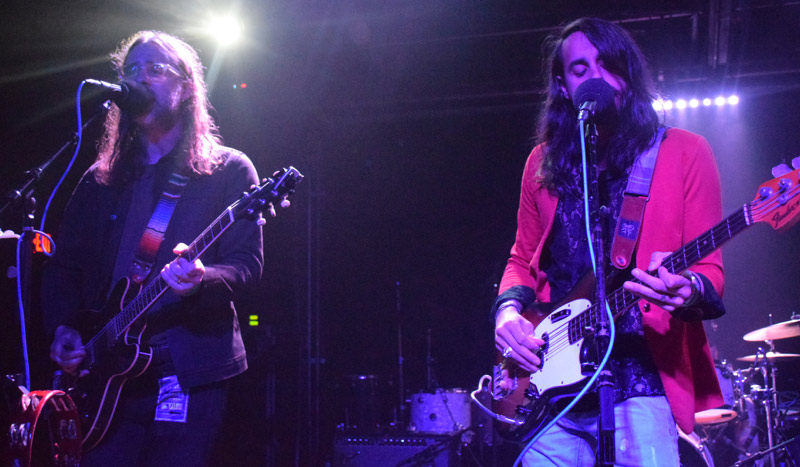 Locals dominated the line-up, but that happens a good deal at SXSW – Austin does have a lot of bands. Bright Light Social Hour leaned into the disco-dance, an outlier on the evening. 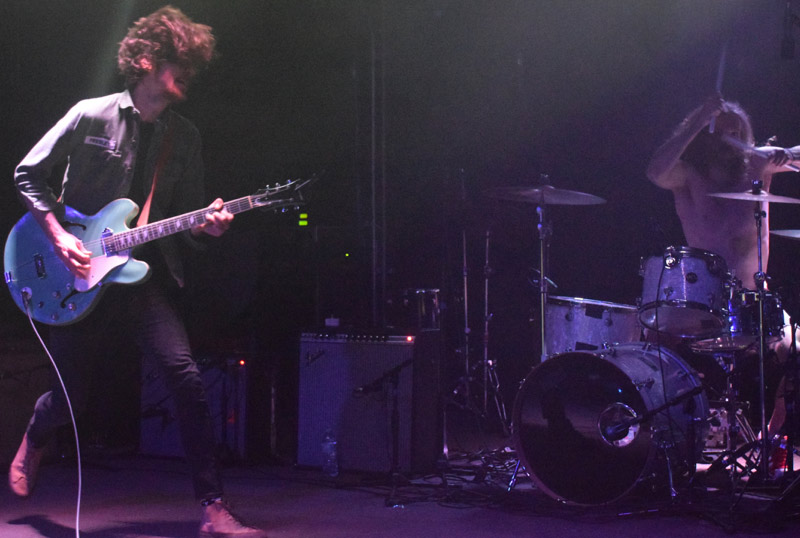 The big hit this night was Black Pistol Fire, crushing it with furious blues-rock. Sort of like if Japandroids did Gary Clark Jr., singer/guitarist Kevin McKeown and drummer Eric Owen had super energy, with McKeown diving into the photo pit with the VIPs. 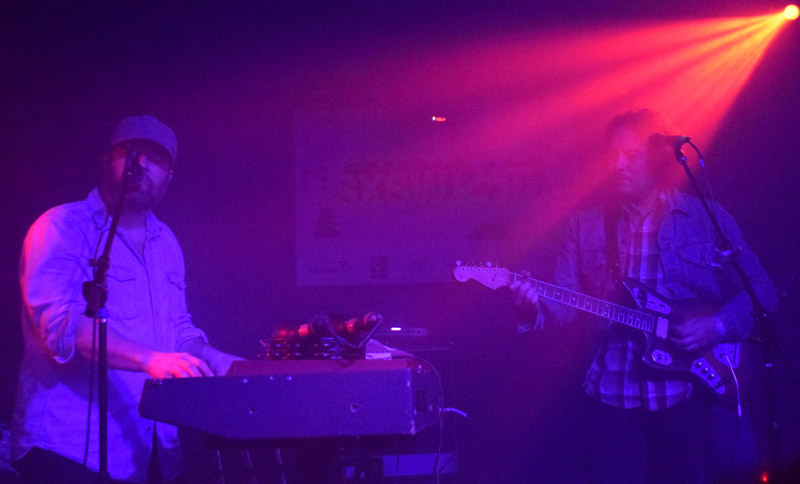 Those VIPs were cleared out of the pit before the headliner, Austin big boys The Black Angels. Known for psychedelic rock, including psych-rock festival Levitation (QRO 2018 recap), they do turn down the lights and turn up the smoke machine, which can turn off if one’s own energy level is crashing (like your correspondent’s…).

-Right next to Empire is Side Bar, which didn’t have any music that night (save for the eighties soundtrack playing on the sound system), but did have cheap & strong drinks.

-Donald J Trump Presidential Twitter Library @ The Driskill. The Daily Show brought their museum of our President’s most memorable tweets to Austin for the weekend.

-Amanda Palmer, Cautious Clay, and Zola Jesus @ Augustine, 10:00pm – 1:00am. Bonus points if Palmer’s husband, famed fantasy author Neil Gaiman (Sandman, American Gods), who was in Austin to promote the new TV series based on his Good Omens books, was there.