Time to check in on some more mature acts for SXSW Thursday.... 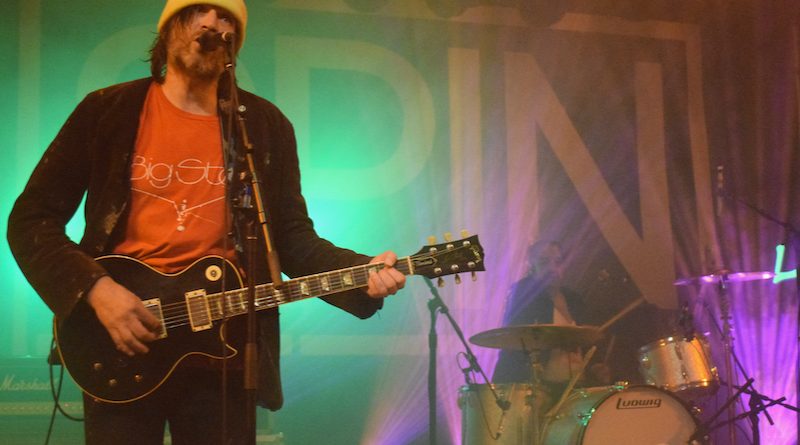 Back in March of 2020, one of the first big things to cancel was Austin’s massive new music showcase, South-by-Southwest. 2021 rolled around, and still no in-person. But for 2022, the party was back, all across the Live Music Capitol of the World, Monday-Saturday, March 14th-19th.

Okay, maybe it was a bit of a bait-and-switch by Austin events website Do512 (the local area code, and it’s “five-one-two,” not “five-twelve,” as multiple locals explained – “Oh, like two-one-two” your NYC correspondent would reply…) to have a contest to get an invite to their private tapings at their own lounge, only you could actually walk up and go inside, but there were free drinks, plus free brisket, as well as Yellowbird Hot Sauce that was raved about.

And while all that was great, the actual performances were tapings, in a back room that was absolutely packed, and one could only enter/leave between songs. So, after seeing NYC’s Superbloom struggle a bit to deliver their grunge/hard rock inside there, your correspondent just listened through the doors to the more straightforward garage rock of Annie DiRusso and the poppy punk with energy of Sun Room.

But the doors opened up for CROWS, and thank goodness they did, as the late-added, not-on-schedule group were there to kick ass. They even made the tight space work for them, as singer James Cox went into the crowd multiple times. It all gave off a feel of their fellow five-letter all-caps Brits ending in an “S” IDLES (who did release their last record, 2019’s Silver Tongues)

One South-by-Southwest institution that returned was the SXSW Outdoor Stage, on the banks of Lady Bird Lake. The big, free space welcomed Golden Dawn Arkestra, Heartless Bastards, ...And You Will Know Us By the Trail of Dead, and Kalu & The Electric Joint.

…And You Will Know Us By the Trail of Dead

In addition to seeing new acts, South-by-Southwest is great for catching longer-standing indie bands that you’ve always meant to see, but never have, who’ve never broken through to massive success, but have a consistent fanbase that will keep them going for years. Such as Texas’ own Midlake, who were playing Bella Union Records’ official showcase at Mohawk. They were sweetly rocking like you wanted them to, and bonus points for singer Eric Pulido praising meeting the Bella Union folks 20 years ago, at SXSW, a few blocks down.

South-by-Southwest is also a great place to catch indie bands that you used to listen to, but hadn’t thought of in a while. New York’s +/- aren’t the indietronica act of fifteen years ago and Let’s Build a Fire (QRO review), but you could still hear those elements in their alt-rock, and they still played “One Day You’ll Be There” single from Fire, with its great start/stop.

[+/- are also known as “plus/minus,” as they often have to go for proper ability to search for – them, !!!/chk-chk-chk, and &/ampersand, the band your correspondent always wanted to start…]

Times gone past, SPIN Magazine would do a big daytime, open bar event on SXSW Friday at the large Stubb’s, but the magazine industry ain’t what it was, and this is SXSW 2022, so it was just nice that the venerable publication was back at South-by at all, for an official evening showcase. The outside space wasn’t packed to the back (and drinks weren’t free), but it was a nice turnout (and certainly enough photographers in the photo pit).

And it was packed in the small Stubb’s indoors for BLACKSTARKIDS. The KIDS were nicely going wild & having fun, and one could see them blowing up, even this being a ‘saw them when’ (QRO once saw Young the Giant on this very small stage for SPIN SXSW event – QRO photos). But they need to capitalize quickly, as it’s always tricky naming your band “kids” (to say nothing of “star”) – though worked so long for Sonic Youth that it was divorce that took them down…

The main event at the big showcase was a throwback: the thirtieth anniversary of The Lemonheads’ iconic It’s a Shame About Ray. Such a throwback that Evan Dando & co. were introduced by a SPIN executive with a copy of their cover issue from back then. Of course, these Lemonheads are main man Dando and his current bassist Farley Glavin & drummer Mikey Jones (no Juliana Hatfield, but Glavin was wearing long hair & flannel like it was 1992), but Dando still has his voice & guitar, three decades later.

He also still has his amusingly off-kilter stage presence, from introducing every piece before it was played, even though it was a track listing that everyone knew, to joking when the photographers left the pit after the usual first three, that they could stay longer. And those song introductions worked after Ray ended and he introduced every other oldie (okay, so no “Mrs. Robinson” cover…), at least some of which might have been picked on the spot.

–Self Esteem, Wet Leg @ British Music Embassy at Cedar Street Courtyard, 10:00PM – 12:00AM. Of course, there was a massive line/scrum to catch the buzzy Wet Leg – they were told there would be free beer.