Though our dogs were starting to bark and we spent a ton of energy the first two days, we kept chugging along, getting to as many shows as we could.  Tons of day parties going on and beautiful sunshine.  Another great day.  Here’s what we were able to get pictures of

David Terry with three of his bandmates rocked their alt-synth material from their new album, including “Just The Way I Are” and “Split The Difference”.  They finished on a local high-note by playing the theme to Walker, Texas Ranger.

RJ and his band were there for a live performance on 89.3 The Current.  He played three songs, and had an interview that lasted about 15 minutes, but before he went on their air, we heard two extra warmups of “Have Mercy” and one of “Since We Last Spoke”.  Got to relax on a couch, too. 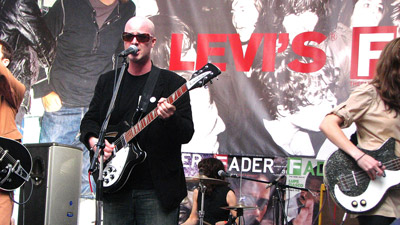 A much-hyped day party with free SoCo punch and giveaways led to a cool performance.  The lighting, as you can see (and click for more), was great to take pics of them. 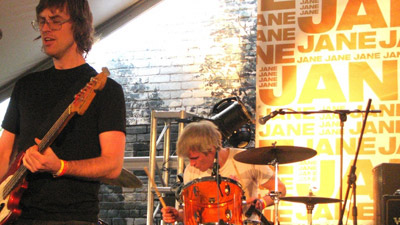 They rocked through almost a dozen hits, including the ever-so-awesome “Who Taught You To Live Like That?”.  They rotated instruments and played to a ridiculously enthusiastic crowd, including Greenday’s Billie Joe Armstrong 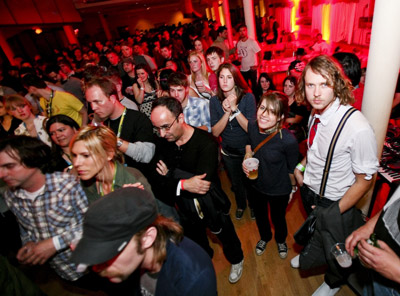 Keep your eye on these guys.  They got the crowd going in a great time slot, jamboree-style. 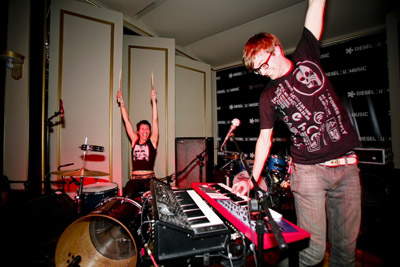 Loud dance rock knocked some socks off.  It’s always fun & amazing what these two can do with drums, keys, and a ton of energy.