<img src="http://www.qromag.com/wp-content/uploads/2010/04/sxsw10recapAbbyDay3sm.jpg" alt=" " />After a day of canceled acts and what felt like a stomach virus threatening my SXSW, I was in dire need of a killer showcase,...

After a day of canceled acts and what felt like a stomach virus threatening my SXSW, I was in dire need of a killer showcase, so I turned to Frenchkiss, a record label known for champion underdogs.  The line-up was, admittedly, not the most stellar of the night.  It competed with overblown acts like Muse (QRO SXSW Day Three photos) and She & Him (again – QRO SXSW Day Two photos), which drew the majority of crowds away.  But the lack of pressing, suffocating masses was just what I needed for rounding out the rest of my SXSW experience, but the success of the week ending showcase for me lies with one act in particular.

We had a trio of correspondents covering South-by-Southwest in 2010: Abby Johnston, Robin Sinhababu and Ted Chase.  This is Abby’s recap of Day Three; Robin’s is here, and Ted’s is here. 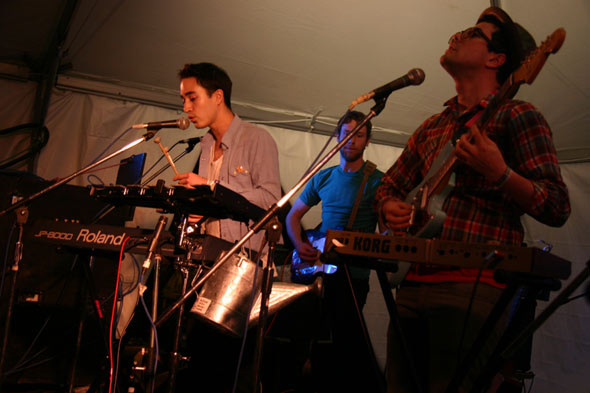 Click here for photos of Freelance Whales at Music Hall in Williamsburg in Brooklyn, NY on March 1st, 2010 in the QRO Concert Photo Gallery

Click here for photos of Freelance Whales at Mercury Lounge in New York, NY on January 20th, 2010 in the QRO Concert Photo Gallery

Click here for photos of Freelance Whales at Webster Hall in New York, NY on December 18th, 2009 in the QRO Concert Photo Gallery

This scrappy Queens band has a catchy, pulsating album, but their live show couldn’t exactly accomplish what 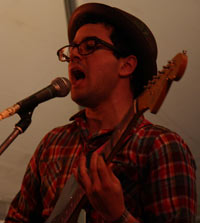 the recordings do.  Their energy was certainly not the problem.  Lead Judah Dadone kept his troupe up to speed, but the lush folk-electronic hybrid didn’t have the same kind of toe-tapping energy I expected.  It was a disappointment to say the least, but I must say I came in expecting a lot out of a new band.  The next act, however, proves that expectations can be met and grossly exceeded. 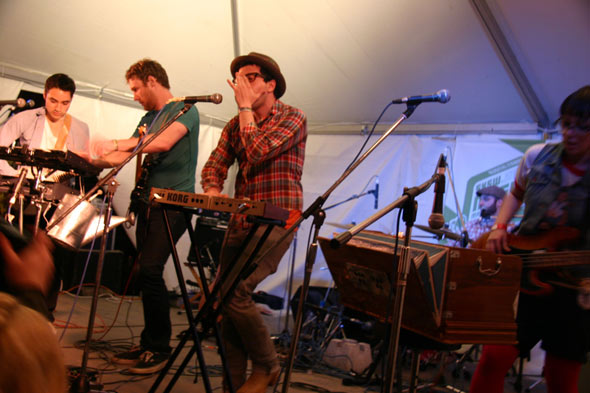 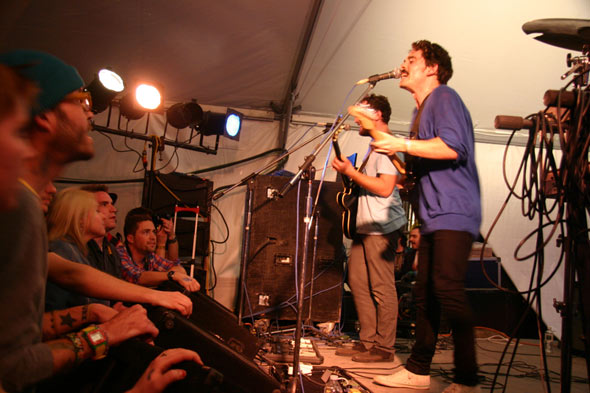 Click here for QRO’s coverage of Local Natives at MFNW 2009 in Portland, OR

Hands down the best show I had the pleasure of attending at South by.  I hereby give the award, and one that I usually refrain from due to a combination of album loyalties and indecision.  Local Natives absolutely sealed the deal for me.  Buzz bands are kind of a turn off in general for shows, as I am generally let down by my high 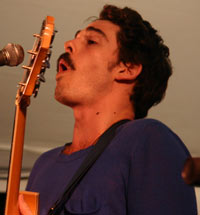 expectations after the ‘next best thing’ drops their debut, then proceeds to have a mediocre tour and a sophomore slump.  Local Natives, don’t you let me down.

Their energy was unrivaled.  Their presence was shockingly established.  The sound – flawless.  Local Natives’ played the kind of set that restores your faith in music, performing with joyous freedom but maintaining precision, a feat bands take years to master.  Possibly the best moment (I am back to indecisiveness), was closing song and single "Sun Hands".  The members of Fool’s Gold, who had been watching from the sidelines, joined Local Natives on stage to dance and scream the final exuberant chorus.  I feel as if the crowd would have gladly done the same. 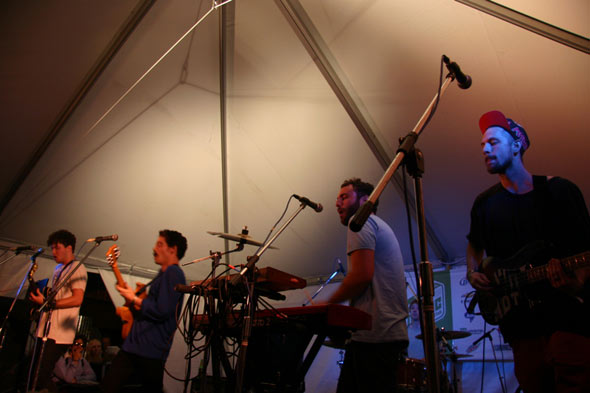 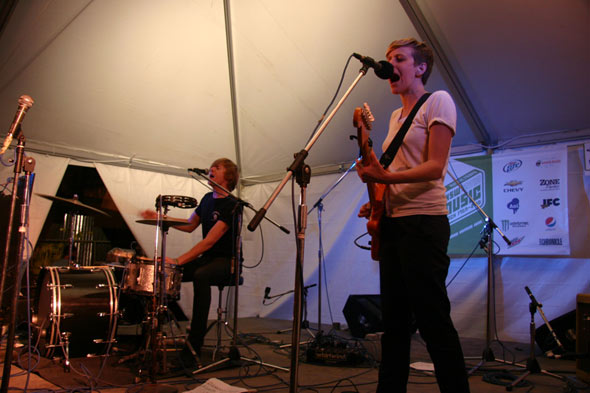 Returning back from the Local Natives high was difficult, and An Horse simply couldn’t fill their abandoned shoes.  The duo’s stripped rock stood in stark contrast to the rich tones from their predecessors, but drew an obviously loyal fan base along with them, who praised their set with screams from the audience.  They did have the fastest amp recovery I have ever seen after theirs blew mid-set. 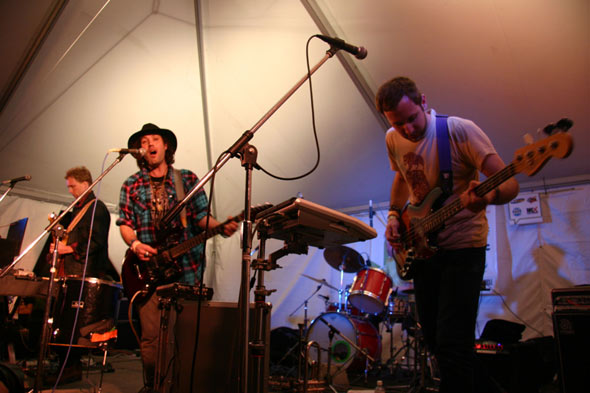 Click here for photos of Suckers at 2009 After the Jump Fest in Brooklyn, NY in the QRO Concert Photo Gallery 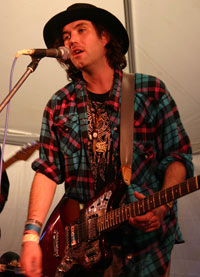 It’s interesting how much hype Suckers continually generates without a full album.  They have steadily toured for the last year, and their EP was received with a fairly giddy audience.  For whatever reason, they haven’t managed to crank out an LP.  Despite that fact, their shows are widely discussed as a clean, organic show.

The five-piece outfit Suckers picked up where Local Natives left off (why can’t I stop talking about them?…).  Suckers’ music develops like a storm – quiet at first and slowly building and churning toward an instrumental explosion.  They have a definitively rich sound quality that subtly slams you in the face.  Songs like "It Gets Your Body Movin’", which they use to close their sets, creep along at first, patiently building on itself until the instrumentally diverse band comes together for a grand finale.

Kate Nash : My Best Friend Is You