I first caught on to the Tayisha Busay vibe with their pert & perky electro-glitterpop EP Shock-Woo!, and it’s been a nasty little love affair ever since. The Brooklyn-based... 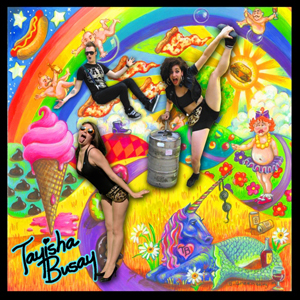 I first caught on to the Tayisha Busay vibe with their pert & perky electro-glitterpop EP Shock-Woo!, and it’s been a nasty little love affair ever since. The Brooklyn-based trio bring the noise in the live show with choreography up the yin-yang and plenty of glam to spare – if you have a chance to catch a show, don’t pass it up. Energy, energy, more energy, and dancing til the cows come home. Here’s some shots from the Northside Festival, where they were gigging in a practice space for trapeze artists and circus performers. Legit.

Now Tayisha Busay has their sights set on releasing their first full-length physical release, and QRO couldn’t be happier. LET’S GET PHYSICAL! A Kickstarter has been set up to get the ball rolling – so head over, pledge, and get hooked up with the new album. The initial funding goal has already been hit, but I bet if we keep the pedal to the pledging metal we can make sure the physical release is vinyl. Who doesn’t want to hear their shit on wax?

Here’s the track "Tonite" to wet your whistle. Check out the Kickstarter vid and GET ON IT. Oh yeah, and if you’re in NYC, hit the Tayisha Busay Glasslands show 2/4 and say hi on Twitter! 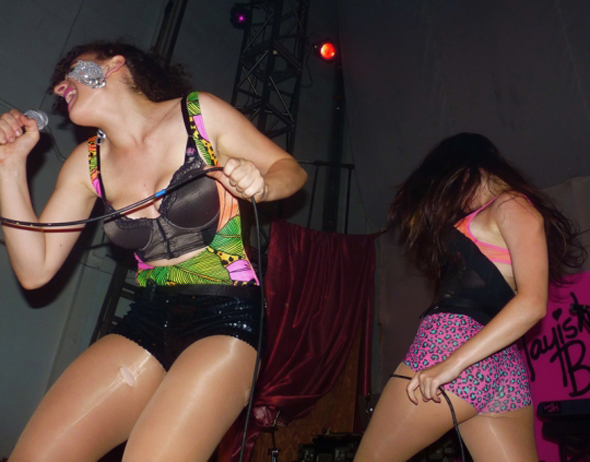