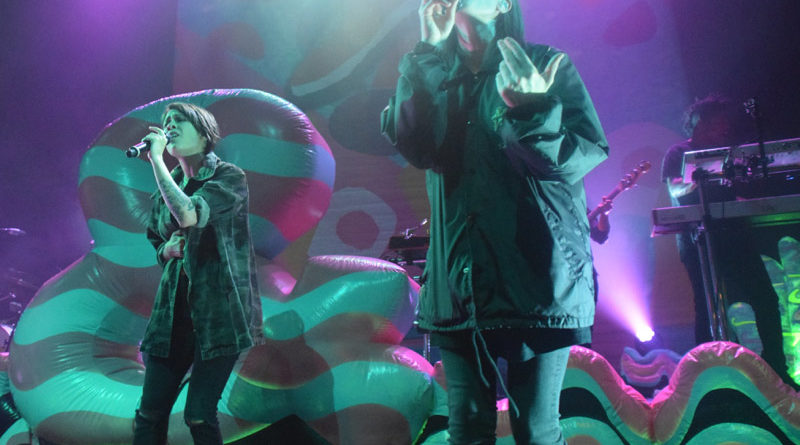 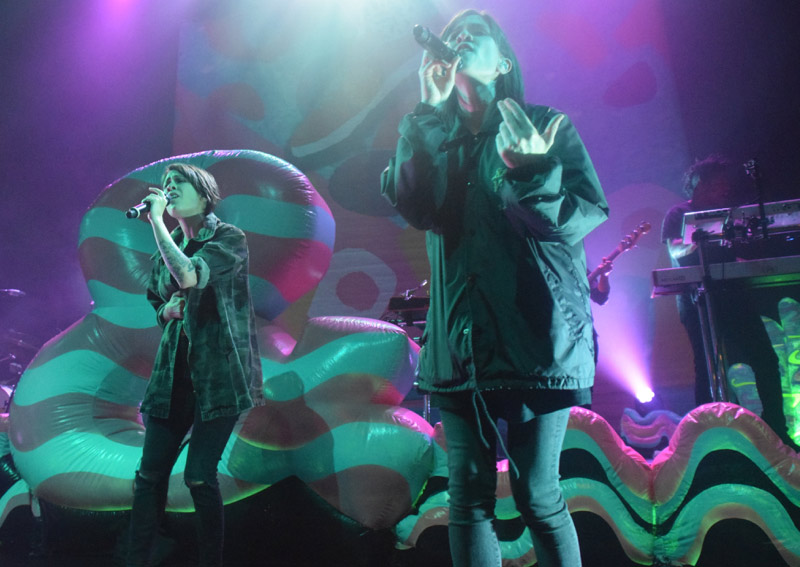 When Lollapalooza comes to Chicago, it comes with a lot of official after-shows. Acts that play the festival will also play their own ticketed shows, always with doors at 10:00 PM at the earliest, so as not to overlap with the actual festival. That means they run late, as usually there’s still an opener (also a Lollapalooza artist), and sometimes they’re at places that don’t normally hold concerts. But it all made for a special night when Tegan & Sara came to the very classy Park West on Thursday, August 4th. 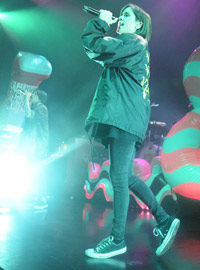 Park West has hosted concerts (Ringo Starr has praised it), but you’re more likely to have been there before for a ceremony or memorial service than a concert. Wide and tiered, but not deep, it was a little hard to get around in, but there wasn’t a bad sight line in the place. It was also well stocked with well-stocked (if pricey) bars. There was even a photo pit set up, a rarity there, and while the security guard seemed a little confused by the whole concept of photo pit & photo passes, the pit was right up close with the outwardly curved stage. During opener Frenship (QRO photos), photographers practically felt like they were in the many-membered band.

And this was particularly sweet for the three photographers [including your correspondent] when Tegan & Sara came on. The duo brought their full blow-up backdrop, including giant “&” balloon, which did crowd the stage and virtually block out their backing band (but such is the life of a backing band…). Your tall correspondent was coming up on eye-level with the small sisters Quin, and when the photographers were leaving the pit after the standard three songs, not only did the polite Canadians wave goodbye, but Tegan even offered for Sara to walk them out while they were getting around the security guard in the tight exit, though also asked to only publish their good angles. 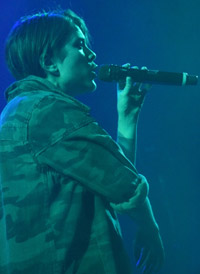 But it’s not like Tegan & Sara have bad angles. Maybe they get mean & ugly in private, but on stage they’re beautiful & charming. A major draw to a Tegan & Sara show is their engaging banter, telling delightfully meandering stories & asides, usually one talking, with the other commenting on what her sister just said during her talking. At one point Tegan (QRO interview) asked if the group should continue to rock out, or invite up their saddest fans. The crowd response was tied, so she asked for one sad story, about a fan having a baby. On the other hand, Sara noted that the show went past midnight, and, “Anything goes past midnight,” asking how much cocaine the crowd had done (like them), yet also mentioned the last time they’d played past midnight – she drank too much Red Bull beforehand and, once the bass kicked in, shat her pants. 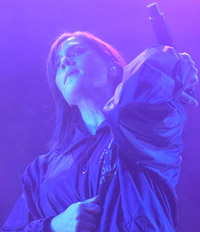 Oh yeah, there was also music. Interestingly, on this night Tegan & Sara often lined up many songs from the same album in a row on the set list. After opening with breakthrough “Back In Your Head” from 2007’s The Con, there were six from 2013’s Heartthrob (QRO review). That album signified a shift in the band, to a bigger pop sound, and it worked among the crowd of varying ages (but decidedly female bent – the line for the ladies room before Tegan & Sara’s set was way, way longer than the no line for the men’s…). Later there were four in a row from most recent album Love You To Death (QRO review), but time was also found for a few from 2009’s Sainthood (QRO review) and even early records If It Was You and So Jealous.

Indeed, special note should be made of a few old songs. The “Back In Your Head” open might have had the biggest sing-along from the crowd of any piece on the night (aided by its more stripped nature). It’s the tenth anniversary of Tegan & Sara’s breakthrough album The Con, and they’ll be touring it acoustic later this year, so they also pulled out “Nineteen” (with which Sara talked about turning thirty and getting tired when the sun comes down – it’s surprising that she can still sympathize with those damn teens at this point…). The encore, after more recent hit singles “Boyfriend” and “Closer” ‘closed’ out the night (they admitted the fallacy of the initial ‘last song,’ that they would just wait in the stairwell for a few minutes before coming back), started with a touching “Walking With a Ghost” from So Jealous, before Love’s “Stop Desire” to end things in the wee hour.

The next day, Tegan & Sara would play a much bigger stage at Lollapalooza. But nothing compares to a special late night set by the sisters Quin. 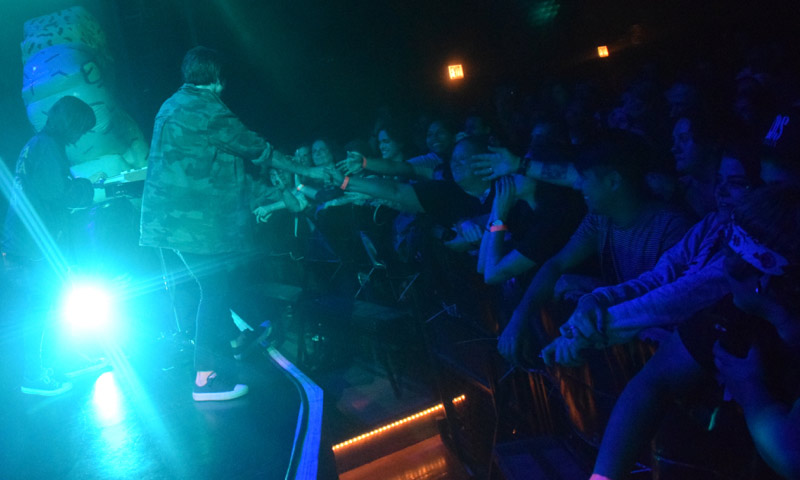