It’s ten years since the release of 'The Con' brought Canadian twins Tegan and Sara Quin their first mainstream recognition and significantly raised their profile with British audiences, and... 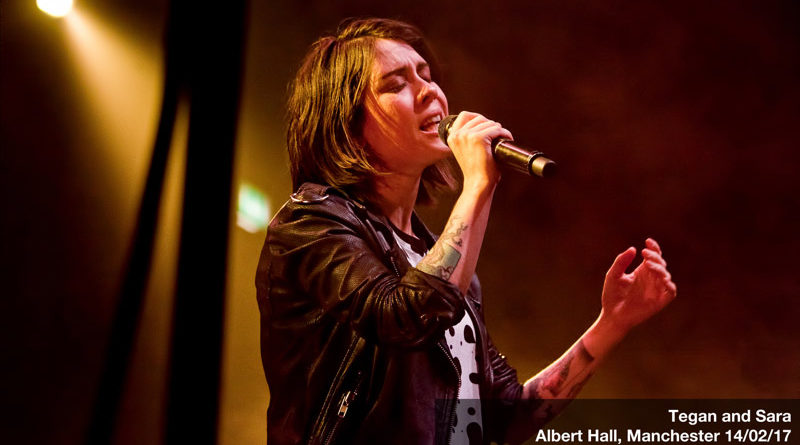 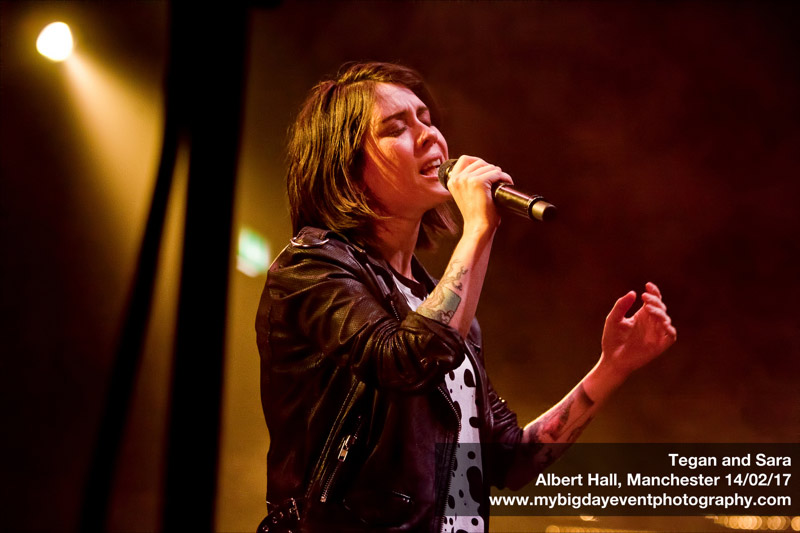 It’s ten years since the release of The Con brought Canadian twins Tegan and Sara Quin their first mainstream recognition and significantly raised their profile with British audiences, and they have built up a pretty good following since then. The Albert Hall in Manchester was almost full for their show on Tuesday, 14th February, and although it was a cold, damp Tuesday, the crowd was buzzing and everybody was up for some serious singing and dancing.

As they emerged onto a smoke filled stage to the strains of “I’m So Excited”, it was alarming to find that after nearly twenty years in the business Tegan & Sara are still only seventeen. Backstage, in a dressing room of their own, two portraits were wrinkling gently, but onstage were performers who had clearly managed to resist the grim hand of time.

Standing at matched white keyboards but in outfits that were just unmatched enough to allow them to establish separate stage presences (Tegan – QRO interview – the slightly less voluble, rockier of the two, and Sara wearing her dance music influences on her sleeve and more likely to get into conversations with the audience), they delivered a set that featured songs drawn from most of their career, from 2004’s indie-influenced So Jealous through to their newest work with producer Greg Kurstin, the pop punk/electro synthesis of Heartthrob (QRO review) and last year’s Love You To Death (QRO review). 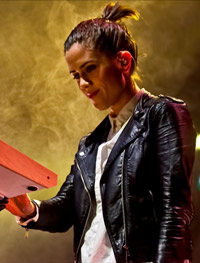 The twin’s brand of angsty bubblegum pop has won them plenty of fans and it looked like everyone in the venue had the lyrics down by heart. They have a knack of creating deceptively simple pop songs, with irresistible beats and great hooks, but with just the right amount of darkness to avoid them being too saccharine. When they get it exactly right they’re fantastic. On “Call It Off” for example, things started slow, the lyric almost spoken over a taut guitar heartbeat, but the tension rose until the hook arrived. “Maybe I would have been something you’d be good at.” It’s direct, charming and acutely sharp. Everybody has felt like that sometime and Sara & Tegan have the happy knack of capturing complex feelings in everyday language and then wrapping them up into songs.

There were plenty of highlights, including the opening pair of “Back In Your Head” and “I Couldn’t Be Your Friend”, but the sequence of “Fool For Love”, “Shock To Your System” (where the synths and percussion almost took the twins into soft rock territory), and “Alligator” which, with its popcorn beats and chimes, is the most eighties thing since the seventies. 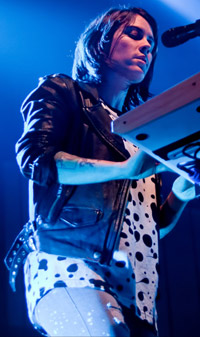 Between songs there was plenty of banter and storytelling, mostly from Sara who was clearly in the mood for a chat. She got herself into some difficulty while discussing at length the reasons why she prefers English shouts of “You’re fit” to the traditional Canadian “Nice tits”, although one suspected that she may have misunderstood some of the nuances of the fitness in question. Meanwhile Tegan just retreated to stage left and left her sister to dig herself deeper and deeper into trouble. On another occasion they celebrated Valentine’s Day by attempting some matchmaking for a volunteer in the crowd, and all present were clearly delighted when it transpired that the beardy singleton they had selected was currently looking for another beardy singleton.

The main set closed with “Boyfriend” and “Closer”, two of the standouts from Love You To Death, while the encore included “Walking With a Ghost” (which many people will know from the White Stripes cover) and “Stop Desire”, which is about as perfect a piece of smart modern pop as you’re ever going to get, and we all trudged back out into the cold, with plenty of people still singing along, at least until the wind hit them. 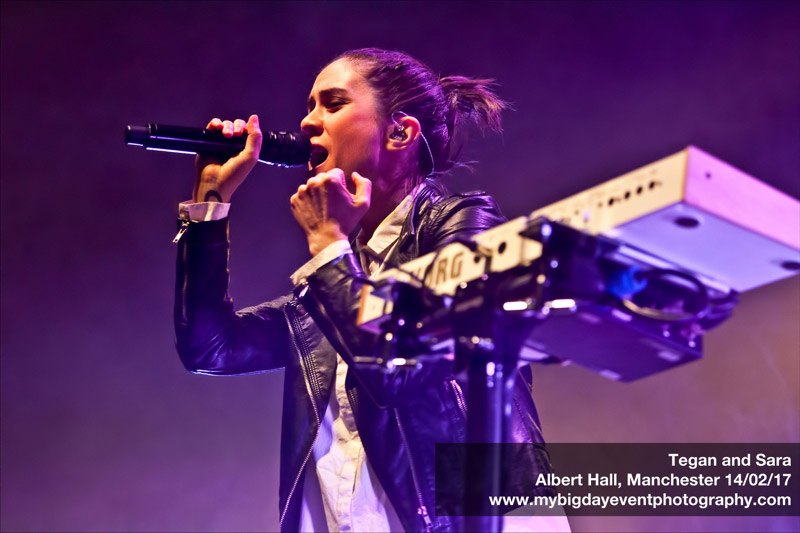