As part of what was supposed to be the first of back-to-back shows culminating in Mexico City, Tenacious D rocked a fortunate sold-out crowd at Stubb’s in Austin.... 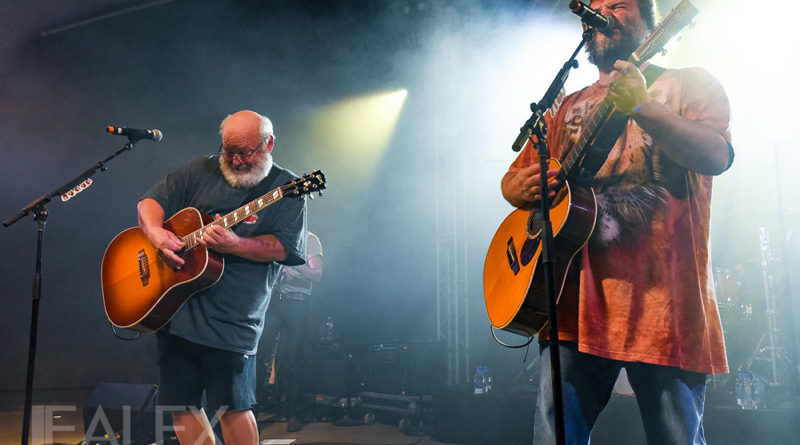 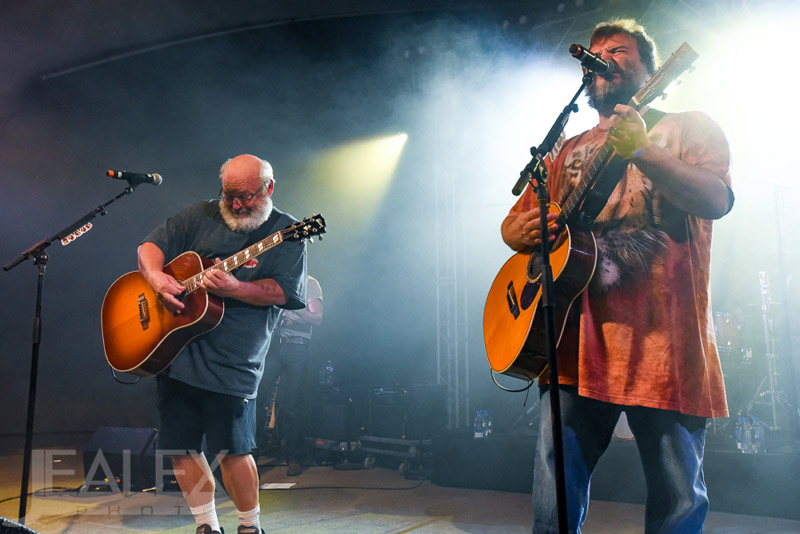 Photos of Tenacious D at 2015 Riot Fest in Chicago, IL

Photos of Tenacious D at 2015 Boston Calling in Boston, MA

QRO’s review of Tenacious D at Les Schwab Amphitheater in Bend, OR on May 26th, 2012

As part of what was supposed to be the first of back-to-back shows culminating in Mexico City, Tenacious D rocked a fortunate sold-out crowd at Stubb’s in Austin on Wednesday, September 20th. Those in Mexico City however, will need to wait for their return as the city recovers from an earthquake that has claimed hundreds. In a Twitter post after the show, Jack and Kyle wrote, “We love you, Mexico. We will be back to play for you as soon as we can. Our thoughts and prayers are with you. – Tenacious D.” 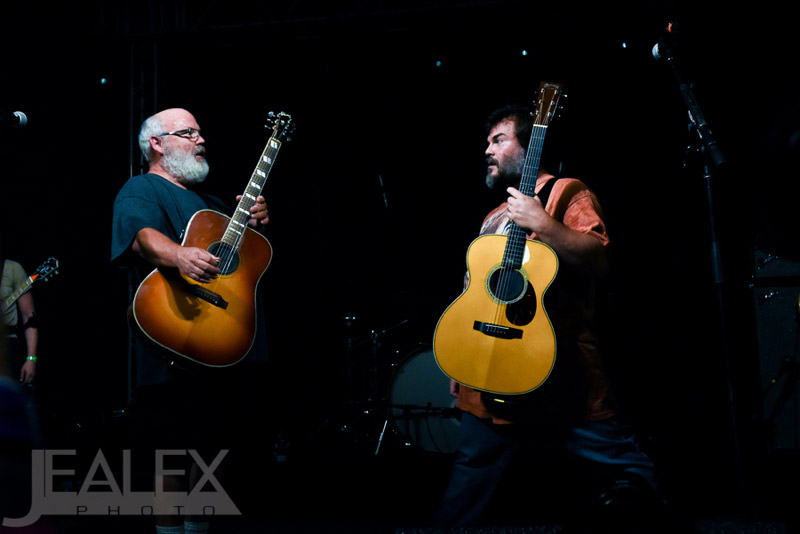 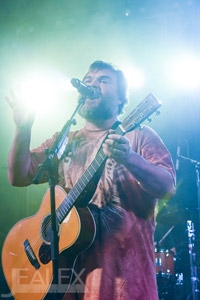 In classic Tenacious D fashion, the Austin set began with the sounds of trumpets, operatic singing, and blinding white light as the band hit the stage with Jack Black in a tan tie-dyed tiger T- shirt and Kyle Glass in a dark grey T-shirt that accented his fluffy snow-white hair and beard. The acoustic metal duo wasted no time ripping into “Kielbasa”, the first song on their self-titled debut album from 2001, as fans sang along. They stopped only to say, “Fuck an A to the B to the C to the D” before breaking into the medieval minstrel-like origin song “Kickapoo” from 2006’s Pick of Destiny. 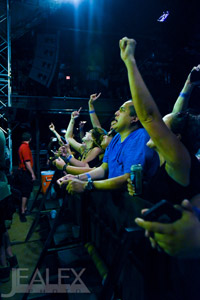 With nearly four years passing since Tenacious D’s last visit to Austin at the 2013 Fun Fun Fun Fest (QRO photos), the crowd was hungry for their style of acoustic shredding and the band was happy to return, having selected Austin as the site of only two shows outside of California in 2017. The fans reflected the band themselves – t-shirt wearing middle-aged shaggy men with dad bods, singing aloud with their devil horns in the air or their arms wrapped around tattooed metal rocker chicks. “I’ve played a lot of towns,” said Black, “But this is absolutely the sexiest, this is one sexy crowd, I can feel it coming in the air tonight. In the immortal words of fucking what’s his name from Genesis. That’s what he was talking about, Austin, Texas.” 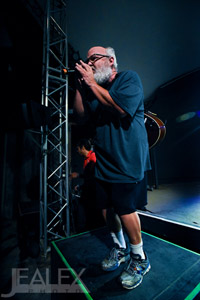 Summoning Nacho Libre, Black gave the Texan fans a little Spanish on “Señorita” from their third studio album, 2012’s Rize of the Fenix (QRO review), before returning to their roots with “Kyle Quit the Band”. Black stopped after the song and explained they were working on an opera-based album due out in late next year, before “Friendship” from their 2001 debut, a song with the lyrics, “As long as there is a record deal / We’ll always be friends.” Indeed, as Black joked that the duo is working through a seven-album record deal, and that they’ll likely be friends for at least a few more years. 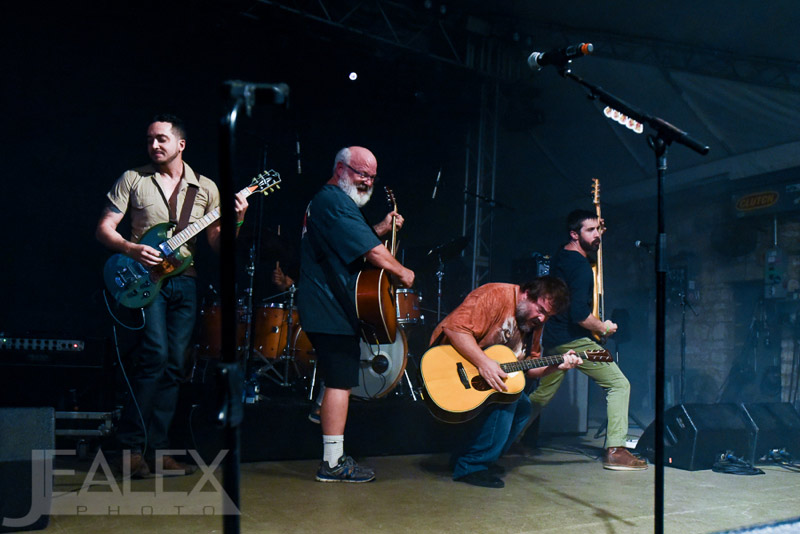 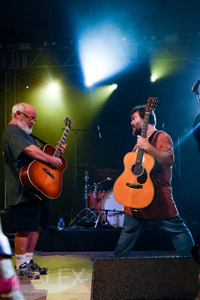 Towards the second half of the nearly 90-minute performance, their energy began flagging with Black and Glass leaning on their backing band for several songs. After guitar and drum solos from their band, the duo ended their set with a spirited rendition of “Tribute” that the audience sang aloud to, and then the ironically sexy tune “Double Team”. Taking a quick intermission, they returned to the stage for an encore with “City Hall” into “Malibu Night”, and closing with “Fuck Her Gently” that had the crowd going nuts with horns and beer cans in the air before they made their way to the merch table and exits. With no other 2017 dates listed except for the canceled Mexico City date, this was a Wednesday night that metal heads will not soon forget. 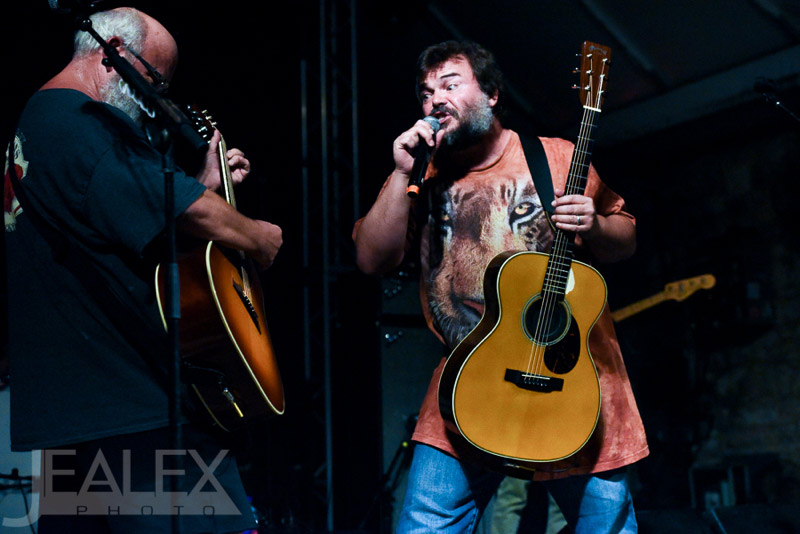