<img src="http://www.qromag.com/wp-content/uploads/2012/06/tenaciousdmay26.jpg" alt="Tenacious D : Live" />It's fairly surreal to hear one of your favorite actors/musicians say the name of your hometown, and in person no less. ... 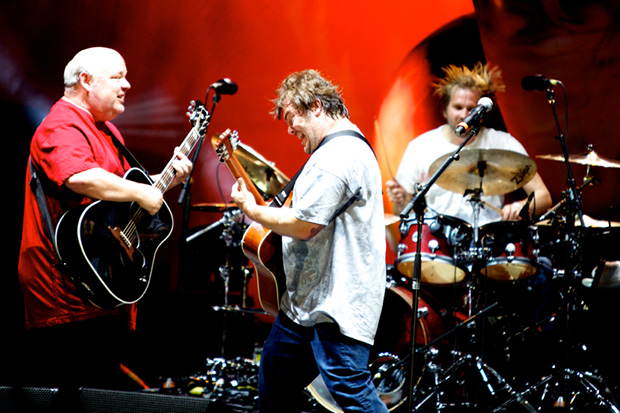 It’s fairly surreal to hear one of your favorite actors/musicians say the name of your hometown, and in person no less.  This happened on Saturday May 26th when the rock/comedy duo Tenacious D played the Les 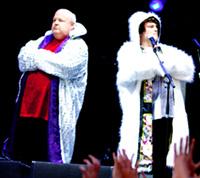 They took the stage just as the sun was setting and walked out to a song recognizable from the soundtrack for the film The Good, the Bad and the Ugly.  As soon as Jack Black and Kyle Gass walked out, the nearly sold-out crowd went completely nuts and all they did was walk around the stage for a good thirty seconds with classic smirk expressions on their faces, something that only they could do to such a positive reaction. 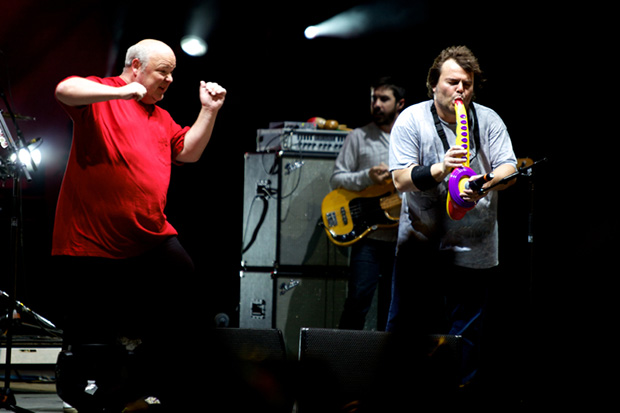 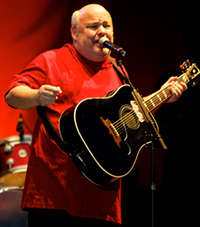 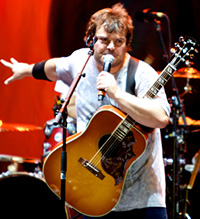 They opened with the first and title track from of their just-released third album Rize of the Fenix (QRO review).  From there they played several other cuts from the album including "Low Hangin’ Fruit", "Señorita", "Deth Star", and "Roadie", before moving on to songs such as the beloved "Wonderboy", "Tribute", and "Kielbasa" from their self-titled album.

Jack Black was full of his classic facial 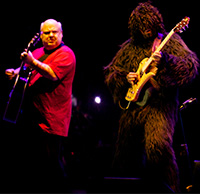 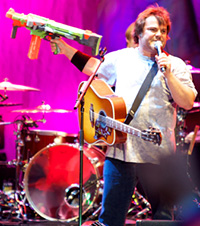 thanking a local diner for a cheeseburger he enjoyed there earlier in the day and for "giving him the nutrients he needed to rock us properly."  At other various points throughout the set staged events occurred so that the group could play songs to accompany them.  Kyle quit the band at one point and then walked back on stage a couple minutes later 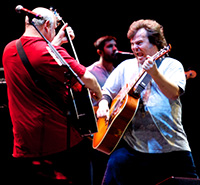 so he and Jack could perform the popular track "Kyle Quit the Band". 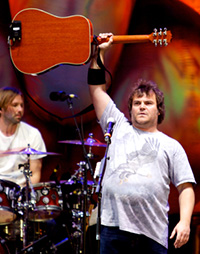 During one song a giant squid walked on stage and Jack shot at it with a toy gun.  During "Papagenu (He’s My Sassafrass)" Sasquatch appeared, knocked out the electric guitarist and proceeded to play a killer guitar solo.  Later in the set Satan himself possessed that same electric guitarist so that he and The D could have a "rock off" and perform the song "Beelzeboss (The Final Showdown)" from their second album The Pick of Destiny. 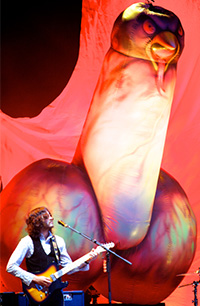 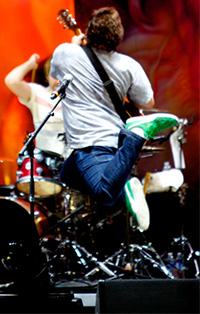 Needless to say, the evening was full of entertainment that one might think would be fun for the whole family, but that’s only if you’re careless about your children bearing witness to a giant blown up penis that doubles as a "Fenix" and served as the stage’s backdrop.  At the end of the show, the object bowed down and blew white confetti out its end (you can make the connection on that one). 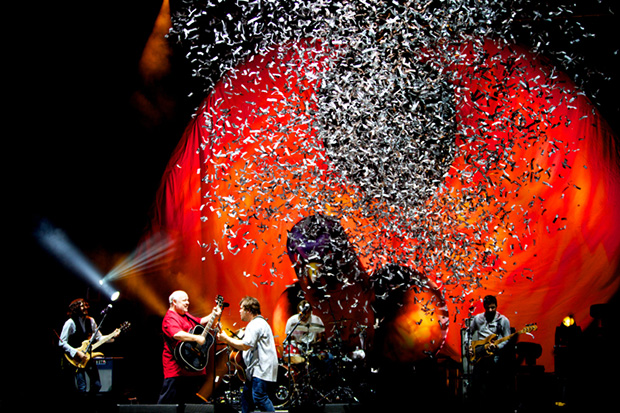 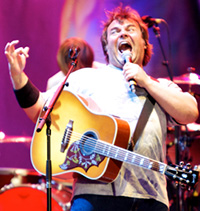 After the main set, the crowd was treated to a two-song acoustic encore by just Jack and Kyle.  The songs they ended the night with were "Explosivo" and "F*** Her Gently", both from their first and self-titled album.  Even though the subject matter of the songs isn’t necessarily the most serious and, to some, may be downright offensive, it was as touching a way to end the night as one can expect from the likes of Tenacious D.  In their own 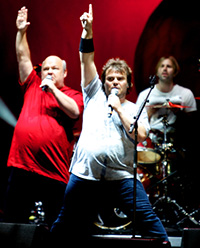 disturbing way, it was almost endearing.

You never know what to expect from these guys.  They exist to bring laughter and to consistently try to one-up themselves.  They do a great job at it and even though they may not be getting inducted into the Rock and Roll Hall of Fame any time soon, they know their place in the world: to rule it.