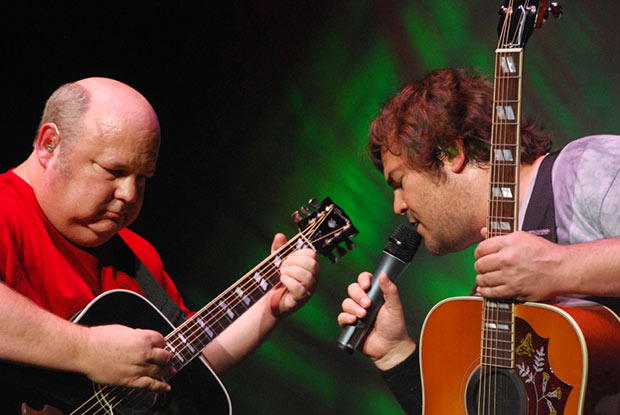 Before they played two nights at New York’s Hammerstein Ballroom (QRO venue review), Tenacious D – a.k.a. Jack Black & Kyle Gass, a.k.a. JB & KG, a.k.a. Jabels & Rage Kage – taped a performance on The Daily Show (QRO Indie on Late Night TV) that would air that night, Thursday, June 28th.  But a more fitting soundstage for the group would have been Jon Stewart’s late night Comedy Central partner, The Colbert Report, for only America’s favorite faux-news pundit Dr. Stephen T. Colbert, DFA, can really match ‘The D’ in terms of mock-greatness that blends into actual greatness, carrying the fans right along. 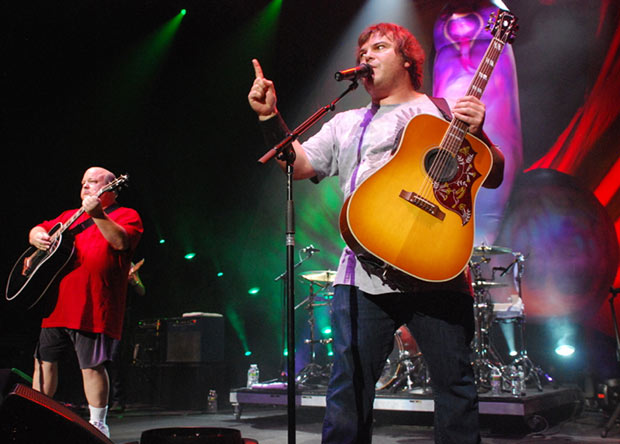 Tenacious D came to Hammerstein Ballroom behind Rise of the Fenix (QRO review), their ‘comeback’ after the box office bomb that was their feature-length movie, Tenacious D and The Pick of Destiny – but the love of The D had gone nowhere; only at a Tenacious D show would you see as many people wearing a t-shirt of the band that they’re there to see.  After a suitably grand entrance in white fur hooded robes with neon lights, The D launched into “Rise of the Fenix”, the opener to the album of the same name, and would stick to the Fenix script for the first third of the show, playing five of the first six tracks off the record, in order (only skipped was the skit “Classical Teacher”).  Singer/guitarist Black sang the story of The D’s fall and rise after Destiny in “Fenix”, sung of his and Gass’ love of the easier-to-get ladies (“Good lookin’ crowd – but not too good lookin’…”) in “Low Hangin’ Fruit”, of him attempting to avenge the honor of a Spanish “Senorita”, of their need to abandon this dying earth for an intergalactic “Deth Starr”, and, after complaining of their roadie’s inability to properly wipe down the sweaty rock star, mid-concert, sang the sad story of the “Roadie”.  Along with Fenix‘s “Throwdown”, the first six songs of the set list were all Fenix – but that was all they did off the new album, as from then on out The D performed only from their prior two records, The Pick of Destiny and Tenacious D.  While one couldn’t argue with the band going

back to the late greats, “Senorita” or 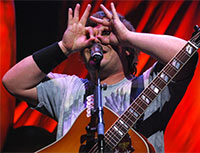 “Throwdown” could have been replaced by the amazing “Ballad of Hollywood Jack and the Rage Kage”, which directly addresses the disparity in fame between the singer/guitarist (plus occasional movie star) and guitarist (certainly could have done the song sixth, as that would have been keeping in the ‘stick to the Fenix track list, minus skits’ of the first five songs on the set list – QRO photo). 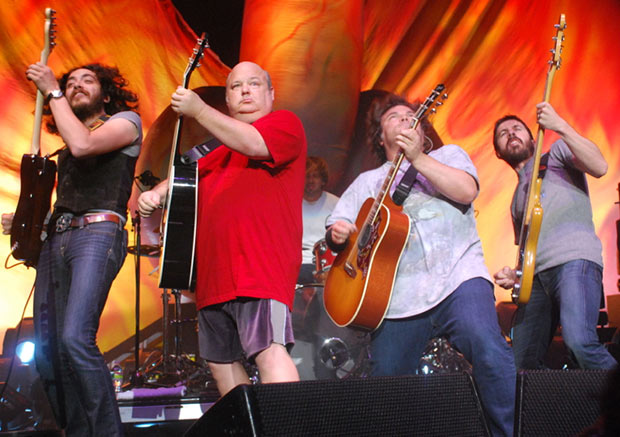 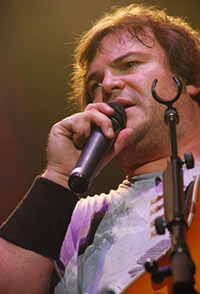 But this is The D we’re talking about – even the mistakes they make are glorious ones.  The Pick of Destiny might have been a failure of a movie, but it was a great second record, and the duo’s original HBO series might have only lasted for six twelve-minute episodes (?), but gave the world their self-titled debut album.  What’s more, The D can sell anything – even KG quitting the band in the middle of the set (and every set – QRO live review of a previous D show), which of course leads to “Dude (I Totally Miss You)”, KG returning mid-song, “Kyle Quit the Band”, and “Friendship” (though this tour no longer has the ‘third D’, Lee, of the original “Friendship” – not to mention his own “Lee”).  Jabels asked Rage Kage what was the most powerful form of rock?  Why, “The Metal”.  Black confided in Gass that he was worried that touring guitarist John Konesky (who stuck out when in the crowd 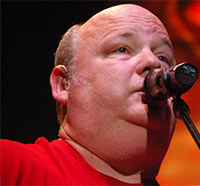 before the show, looking like a hippie) was possessed – by Satan! – so The D could challenge “Beelzeboss” to a rock-off.  There were early great singles like “Wonderboy” and post-rock-off re-telling “Tribute” (between it and “Beelzeboss” was an appropriate medley of music by The Who), before the “Double Team” into the encore break (when JB & KG couldn’t find the exit off the stage…).  They probably didn’t need to do mock-sweet “Baby” (why not “The Government Totally Sucks”, which could be – nay, should be – the anthem of the Tea Party movement?), but certainly did need to do actual-tribute “Dio” (written before the passing of the great Black Sabbath singer, who had a cameo in “Kickapoo” in The Pick of Destiny – when The D performed “Kickapoo” live, Black did Dio’s part in addition to his own, but Gass did take up Meatloaf’s own cameo as Black’s rock-hating father).  And only The D can end with a song “for the ladies – but also for the gentlemen,” advising the fellas to “Fuck Her Gently” – beneath a giant cock… 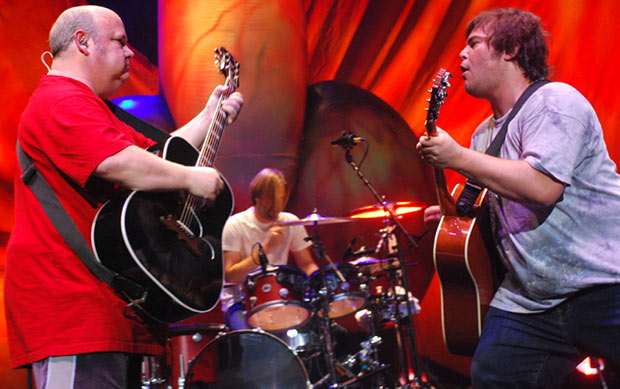 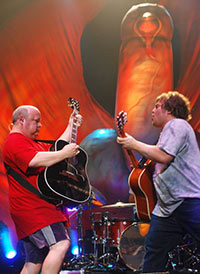 It doesn’t take a ton of spins to get to know a Tenacious D record top-to-bottom, and they don’t sonically vary from it much live – there aren’t even a ton of ad-libs, and those there are can be hard to catch in a big space (especially if you’ve been drinking – and if you’re not drinking at Tenacious D concert, when will you?…).  During the instrumental opener to “Kielbasa”, the first old song The D played that night, the crowd sang the entire first verse – and then sang it again, this time along with Black.  But, like The Report, there is such enjoyment in reveling in the mock-greatness, where one can both laugh along with everyone as you all pretend that The D are the greatest band in the world – and yet also rock along with all as you actually do hail The D as the greatest band in the world. 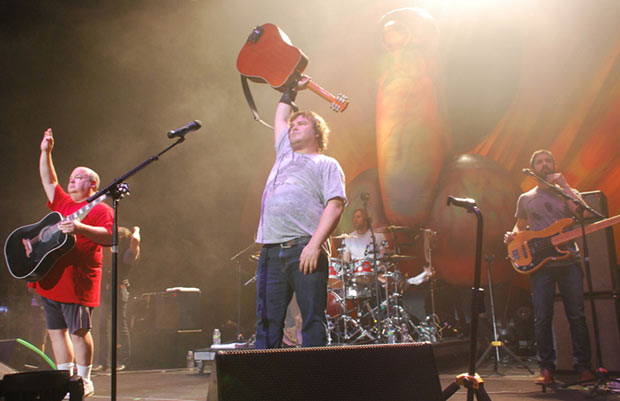