On a quiet Sunday night, young indie rock band The Backseat Lovers brought their postponed show back to Ybor City in Tampa, Florida.... 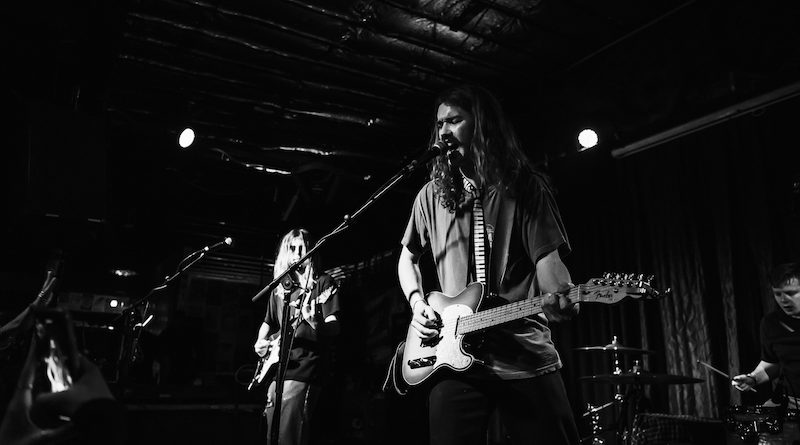 On a quiet Sunday night, December 5th, young indie rock band The Backseat Lovers brought their postponed show back to Ybor City in Tampa, Florida. Accompanied by fellow indie rockers Camp Howard, the two bands were ready to wake up the city as a crowd of young fans swarmed their way into the Crowbar.

Opening up the show was the indie rock three piece known as Camp Howard, consisting of frontmen Nic Perea and Wes Parker, trading off guitar and bass, and Brian Larson on drums. Hailing from Richmond, Virginia, the band released their first self-titled album, written in high school and early college. In 2019, the band released their latest record titled Cañón, consisting of their signature style of combining both English and Spanish lyrics.

Starting out almost as soon as the doors opened, the band got straight into their set in the dimly lit venue. With the crowd already excited and energetic, the cheers erupted as they moved through their first few songs. Switching between instruments, Perea and Parker traded off playing each instrument and weaving their lyrics together. As Larson rocked out heavy beats on his drums, the band played out the rest of their set before giving it up for the night’s headliner.

As Camp Howard took off the stage and entered the crowd, the stage was being set for the final act. Hailing from Herber City and Sandy, Utah the band first formed in 2018 and released their first single “Out of Tune’” the same year. The band got their start when lead vocalist and guitarist Joshua Harmon met local drummer Juice Welch and inquired about starting a band, which began immediately. Harmon soon met lead guitarist Jonas Swanson at an open mic event, and later adding bass guitarist KJ Ward to the lineup. In 2018, the band produced their first EP Elevator Days on June 3rd, 2018, and later their first full length LP When We Were Friends on January 27th, 2019. Earlier this year, the band released their first live album recorded at the Troubadour in West Hollywood.

The band took to the stage under a low glow from the lights, opening with a small instrumental jam before moving straight into “Pool House” from their LP. The band played out several more songs before addressing the crowd and asking about the Ybor City neighborhood. “It’s scary!” yelled out a young girl from the front of the pit, drawing a chuckle out of Harmon. Moving back into their set, the band soon began the opening riffs of their hit song “Kilby Girl” from their LP, with the fans screaming out in excitement. With everyone singing along, including a few parents in the back of the crowd, the entire venue erupted into one unanimous chorus. Heading off the stage towards the end of the set, the crowd began chanting “one more song!” With a few moments passed, the band came back out to close out their set with another song from their LP, “Sinking Ship”. As they ended their set, all four members began to dance around the stage, with Ward raising up his bass guitar while facing Welch on his drums.

With their set finished, the young crowd immediately moved to the merch stand, where opener Camp Howard was hanging out, signing copies of their record Cañón. With the doors opened, everyone headed out into the night, whether it was to get ready for the week to start, or wait outside for a chance to meet the band. With such an electric set, the band brought all they had to the little venue to give every single one of their fans what they wanted.