The Black Angels & A Place To Bury Strangers

A great opportunity to see two great bands on the same bill.... A great opportunity to see two great bands on the same bill. This was to be an all out relentless strike on the senses at Trinity Centre in Bristol on Wednesday, September 27th.

In one corner A Place To Bury Strangers from The Big Apple, a three-piece who creates music that has the equivalent effect of standing right behind the full force of a jet taking off and as you fall backwards, someone else is ready to smack you one with a jackhammer. The way rock and roll should be, in other words, and it’s loud!

In the other corner The Black Angels from Austin, Texas a five piece with its hypnotic style of psychedelic rock, weaves conjuring up textures and feeling until its grip upon you is such that you are powerless, submitting and yielding to the places the band want the listener to experience. 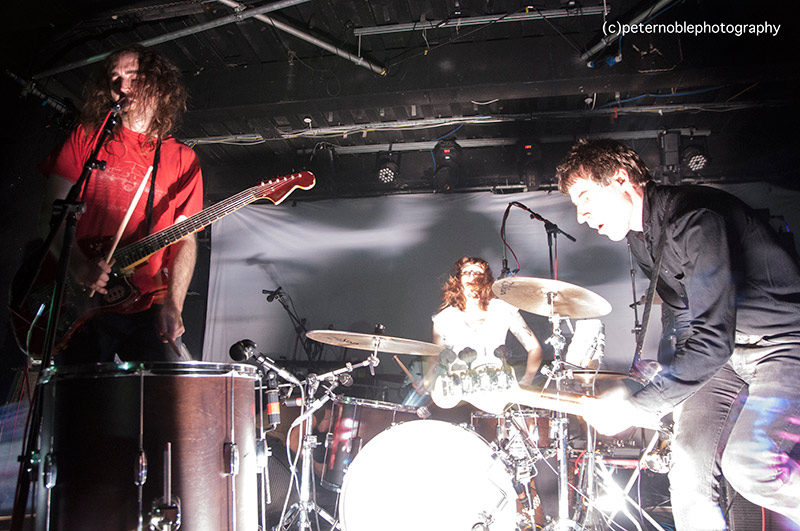 APTBS went with a stripped back ‘noir’ lighting with most of the light coming from various strategically placed projectors creating the right mood for the menace and intensity of APTBS, with the fog/haze adding to the effect as it hit the beams from the projections.

Meanwhile, The Black Angels would go with a backdrop screen that reworked various kaleidoscopes of vivid trippy swirling patterns of psychedelic colour. There were tracks from across most of the albums from then self titled 2007 album (QRO review) right up to 2015’s Transfixiation (QRO review). Lunadon with his bass guitar by his knees swung his instrument around like a hatchet and at several points smashing it on the stage floor. Furthermore, the front row were further kept on their toes as Lunadon leapt into the middle of the audience causing them to part, before lobbing his guitar back up on the stage.

Braswell was centre stage with her drums and never let up with the speed and intensity on songs like “We’ve Come So Far” from Transfixion. The exception being on one track where she took to a harpsichord on her own, signing a haunting melody. “I Lived My Life To Stand In The Shadow Of Your Heart” from 2009’s Exploding Head (QRO review) was the closest we got to a jolly jump around sing along ditty.

The band, after playing what appeared to be the final song departed off the side of the stage into the audience. It was assumed that was the end of the set, but then suddenly some strobe lights started going off in the middle of the audience, and a jamming session starts up huddled around the outside by the audience and a dozen phones held aloft filming the proceedings.

“A band I need to see again,” I thought to myself. Blown away. Literally. 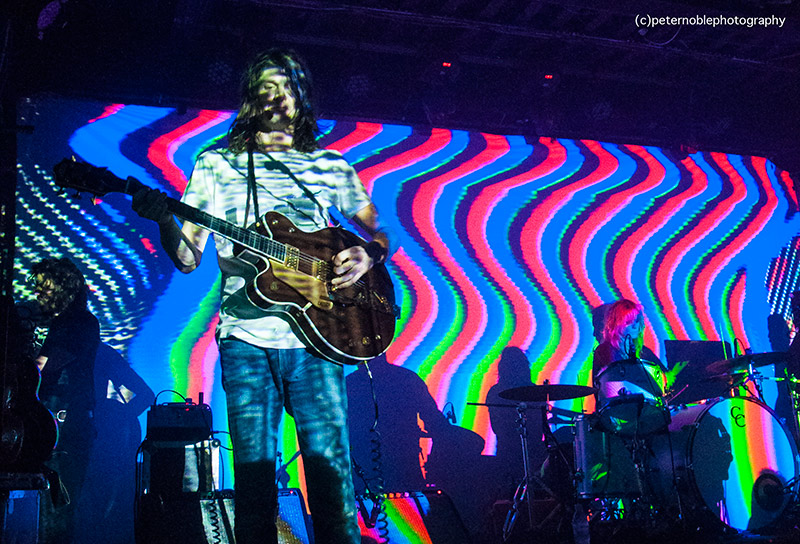 “Bad Vibrations” from 2010’s Phosphene Dream (QRO review) was indulgent, with the audience swirling and dancing away until it reached it climatic ending with the nearest thing to a mosh pit forming, as Christian Bland and Jake Garcia stretched their guitars and worked their way through the effects pedals and Stephanie Bailey’s rapid penetrating drumming. 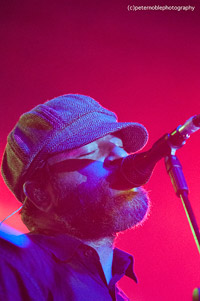 There is little ‘banter’ from the band, with the only acknowledgement mainly coming from Bland. However, this did not stop the packed venue and its audience enjoying and dancing along to tracks like “Prodigal Sun” from the band’s 2006 debut, Passover. There were offerings from all the albums including “Medicine” from Death Song, where it was impossible to stand still as Alex Maas (QRO interview) stretched his vocals whilst hitting keys on his keyboard.

“I Hear Colors” from 2013’s Indigo Meadow (QRO review) was something from the sixties. You can imagine Ray Manzarek of The Doors playing the keyboards and Jim Morrison dancing in circles. “Flower Power” was alive and well this night. There were further offerings from Passover like “Black Grease”. There was “You On The Run” from 2008’s Directions To See A Ghost, such is the increasing impressive back catalogue.

However, it as right that many of the tracks from Death Song made up most of the set, in what is another fine set of sculpted songs that were all well received. It was only when the band returned for an encore that the audience were treated to some old favourites from the debut. Not “Manipulation” as was the popular call, but more so “Bloodhounds On My Trail” and finally with “Young Men Dead”.