Nostalgia, broodiness, and transcendence were the hallmark of psych rock night as The Black Angels concluded three weeks on the road on the Death March tour to share their... 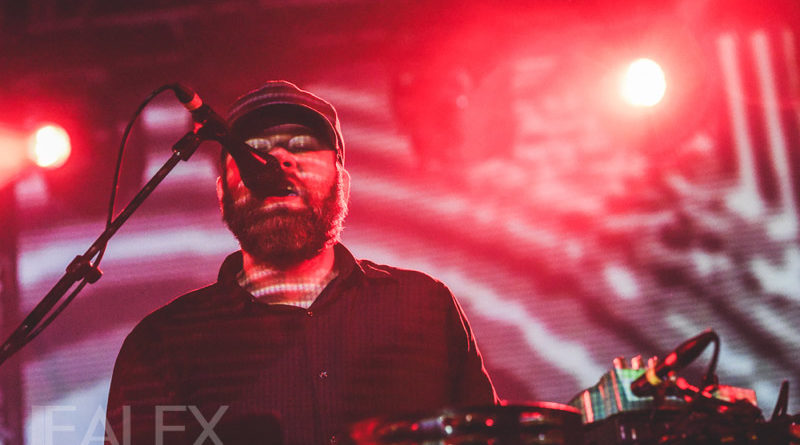 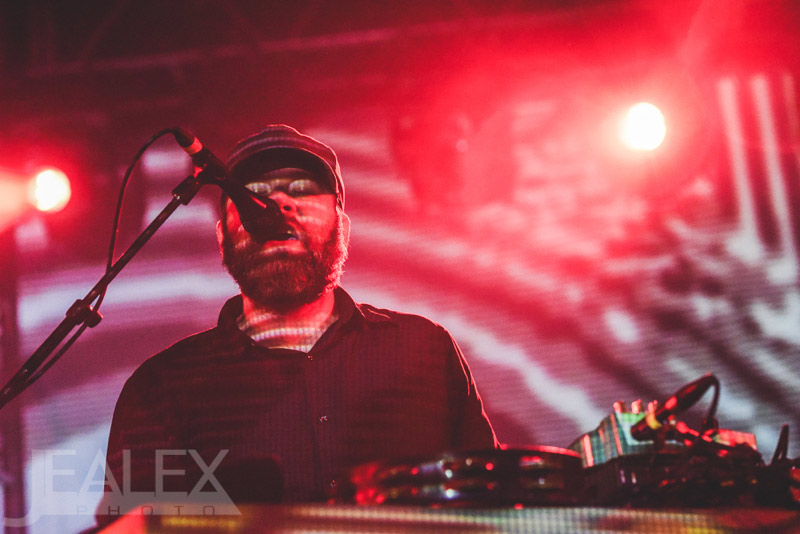 Nostalgia, broodiness, and transcendence were the hallmark of psych rock night at Stubb’s in Austin on Saturday, May 22nd, as The Black Angels concluded three weeks on the road on the Death March tour to share their newest songs with their hometown fans in Austin. 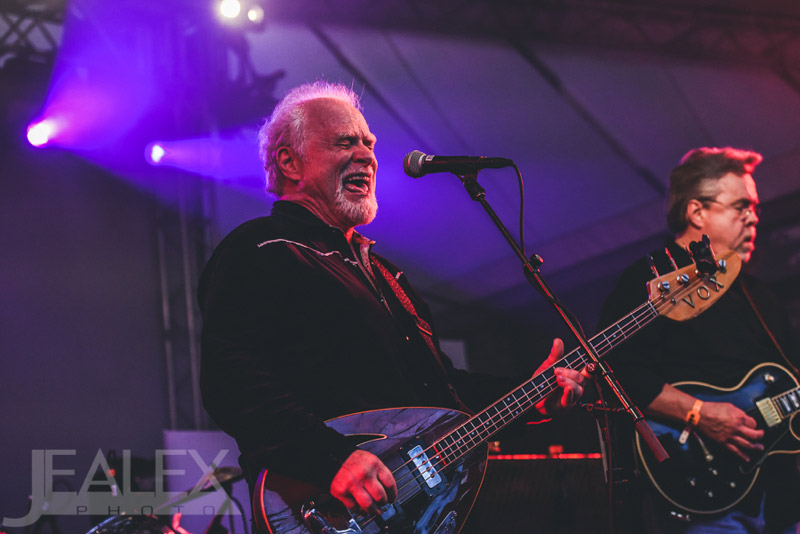 Kicking off the night were screaming garage rock pioneers, GONN, who began releasing singles 51 years ago in advance of the summer of love, a watershed moment in the development of psychedelic rock. Reprising their hits “Don’t Need Your Lovin’” and “Death of an Angel”, the band, which includes the general manager of the music venue’s father Rex Garrett, set the foundation for the evening. In a tribute to Austin psych legend Roky Erickson, the band invited Black Angels guitarist Jake Garcia to join the stage as they closed out their set with “You’re Gonna Miss Me”. 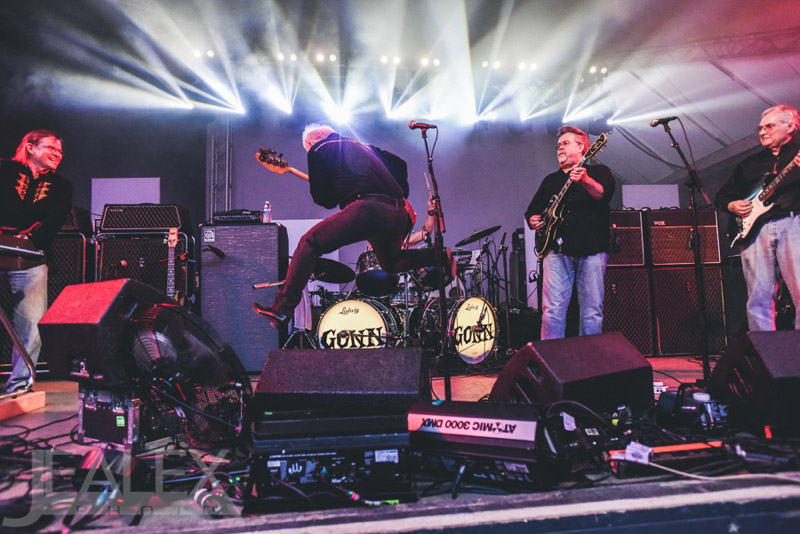 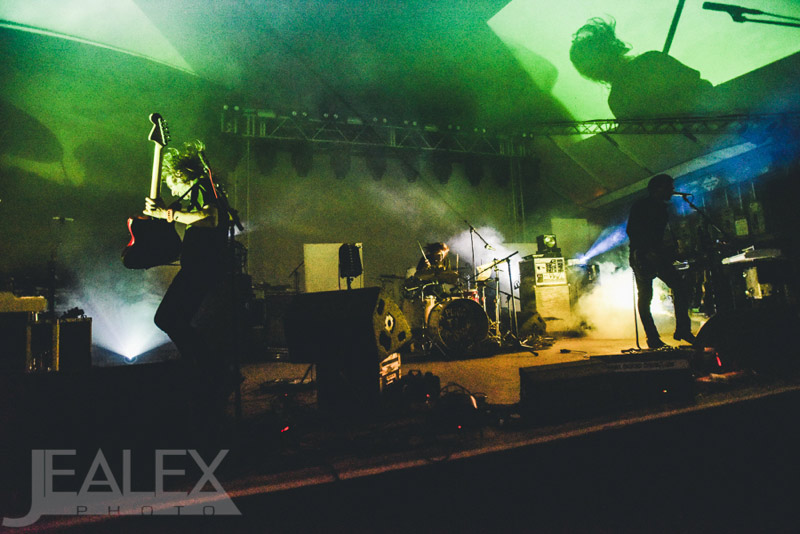 Dubbed “The loudest band in New York,” A Place to Bury Strangers darkened the mood by assaulting the audience with a combo of blinding strobe lights and slashing guitar noise. A high-energy set punctuated by guitarist Oliver Ackermann’s guitar acrobatics and dark lyricism on songs such as “Everything Always Goes Wrong” from 2009’s album Exploding Head (QRO review), spectators were found jamming ear plugs deeper into the sides of their heads and bracing themselves against the railing for nearly 40 minutes. As the band concluded their performance, the trio relocated into the audience and crowded around a waist-high box that beamed a field of green and red stars against every nearby surface until everything went black and they disappeared into the void. 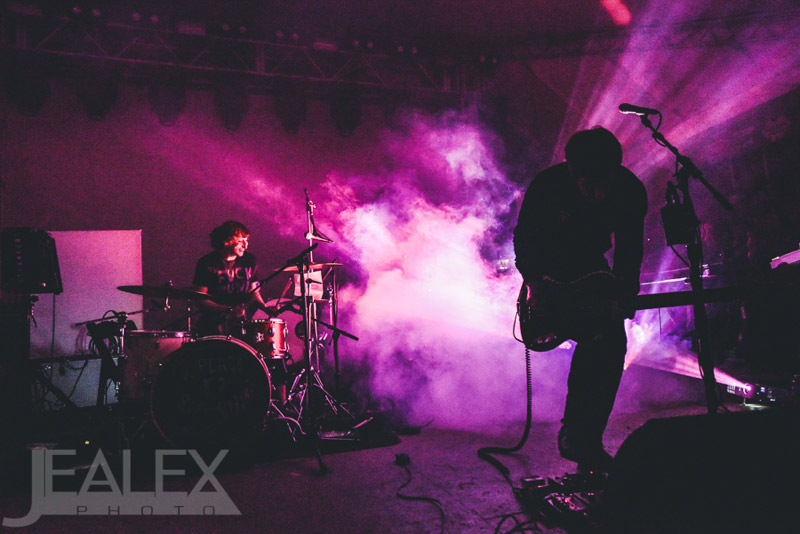 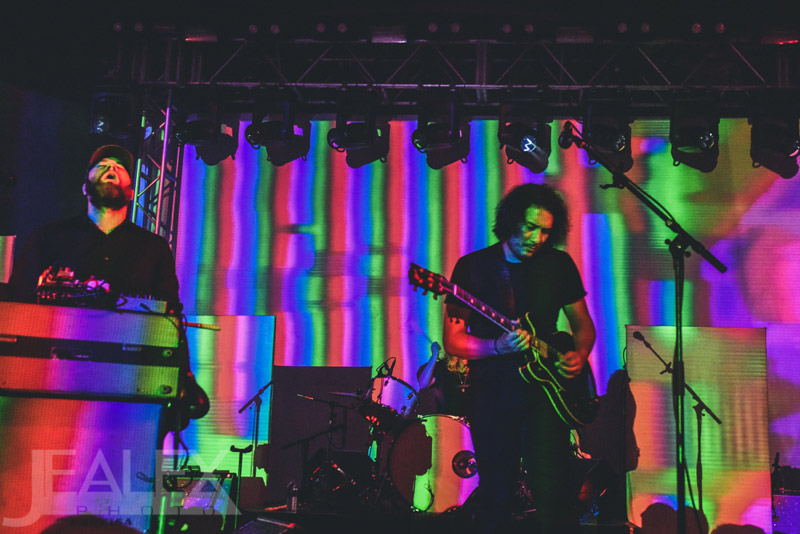 Fresh off the release of their long-awaited fifth full-length album Death Song in April, The Black Angels’ homecoming was an artful mix of deep sublimity and powerful catharsis. The choice of place however was both a blessing and a curse, with a 2,200 person capacity, no one was turned away – indeed, families brought their children to witness the bad-assery of one of Austin’s most respected bands. However, performing in such a large open-air venue limited the activation of space and sound, and the vibe was rather somber the further back you were in the crowd. Unusual distractions, such as an exhibitionist couple in the window of a hotel room that towered over the venue, also served to disrupt the attention of fans in the back. 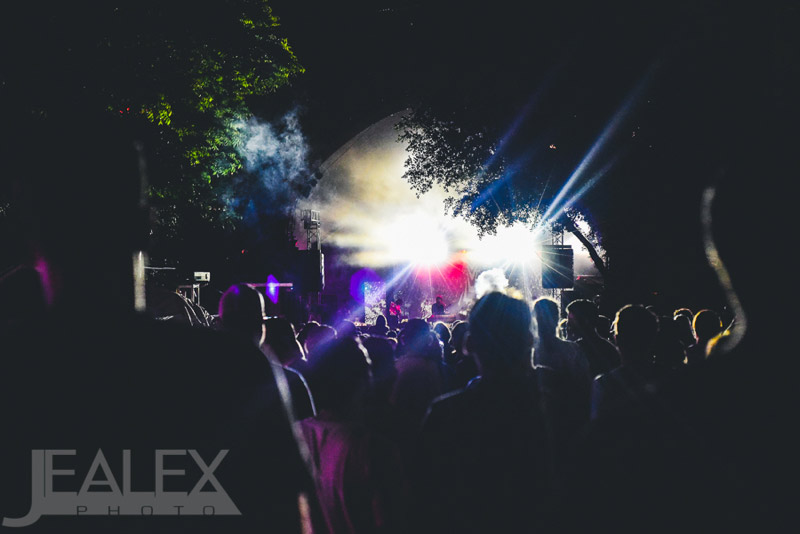 Performing 19 songs total, including “Young Men Dead” with members of A Place to Bury Strangers as the encore finale, the highlight was hearing The Black Angels power through over three quarters of their new album while being bathed in a spectacular multi-chromatic light show by the talented Bob Mustachio. Recorded during the tumultuous presidential election of 2016 that challenged society’s anxiety tolerance, Alex Maas’ romantic poetry and Christian Bland’s guitar virtuosity in songs such “Currency” and “Comanche Moon” were haunting, chilling, and driving – all while enveloped in a thick blanket of reverb and backed by the pounding tribal drums of Stephanie Bailey. With pervasive themes of war and death throughout their latest release, the Pink Floyd-esque “Life Song” with Garcia’s swirling, otherworldly guitar provided a silver lining at the end of the set, uplifting listeners as they took in one of the most beautiful love letters ever written to Syd Barrett. 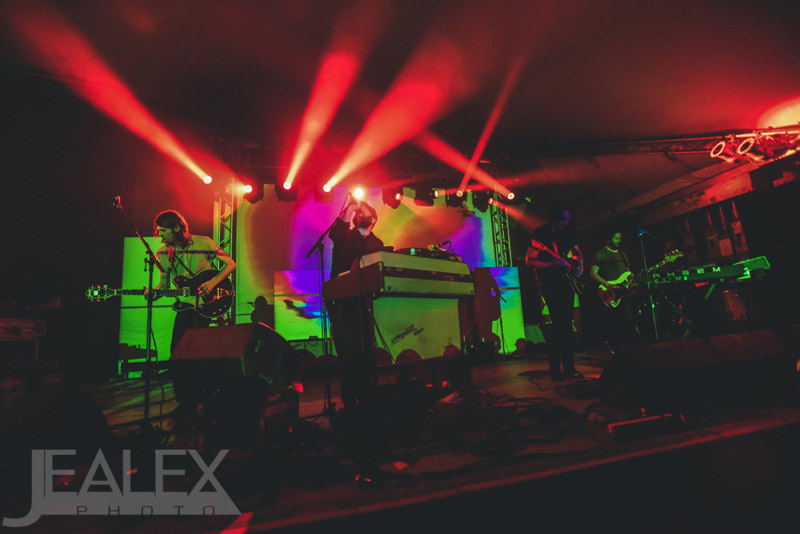 Check out the Black Angel’s latest video for “Currency”: