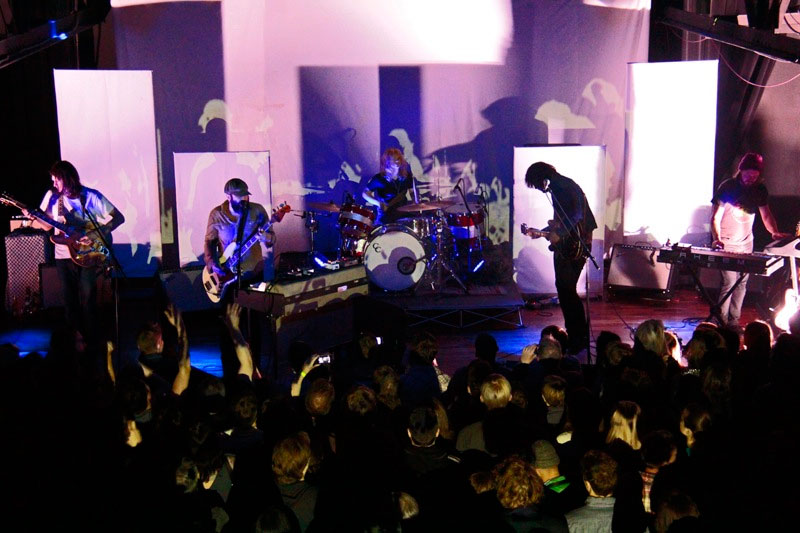 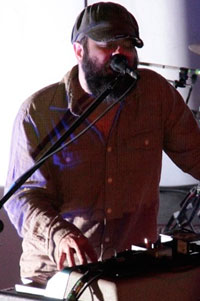 The Black Angels, a top American psychedelic act, came out at Atlanta’s Terminal West on Saturday, February 22nd, draped in a video of a dark splash of color, which continued throughout the performance, except when other graphics such as geometric shapes, mirroring images, shadows of the band, videos of people walking and sitting or strobes were utilized.  The lead singer, Alex Maas (QRO interview), was both compelling and smooth, and sang in a style similar to Eric Burdon (QRO live review) when he was with The Animals, but more high pitched.  Maas also played tambourine, keyboards, effects and bass guitar.  Everyone in the quintet was talented and on point with their playing and singing (all sang backup but drummer Stephanie Bailey.  At times, Maas and Kyle Hunt, the bass player/keyboardist/percussion/guitarist changed instruments.  Bailey was effective at drumming simple rhythms but seriously effective with tempo changes, which happened within many songs.  Overall, the entire experience was hypnotic and enthralling. 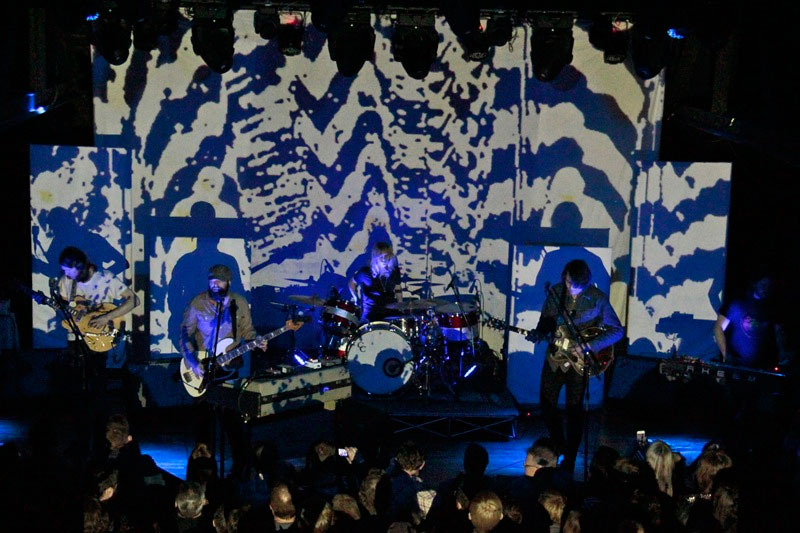