Fresh off closing out Governors Ball on Randall’s Island, The Black Keys stuck around in New York to play the much smaller iHeartRadio Theater.... 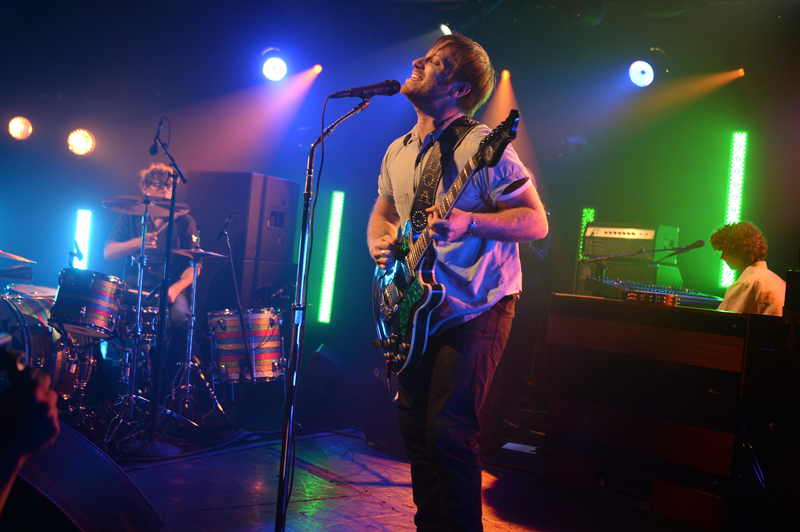 Fresh off closing out Governors Ball on Randall’s Island on Sunday (QRO photos), The Black Keys stuck around in New York to play the much smaller iHeartRadio Theater on Tuesday, June 10th. While the duo of singer/guitarist Dan Auerbach and drummer Patrick Carney (plus touring members bassist/singer Richard Swift and keyboards/guitars John Wood) had performed to thousands two days earlier, the iHeartRadio show was a much more intimate affair. 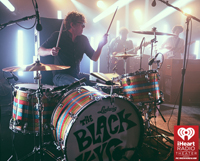 The iHeartRadio Theater (QRO venue review) is primarily for streaming video & audio (including “in your Chevy Malibus…” as Auerbach mentioned when saying hello to the audience out there in radioland), but they also fit in some contest winners and VIPs for the free shows there. The set up naturally gave great lighting & sound – the lights were so strong that one could burn your retina if hit at the right point – though only limited space for the fans. But that limited space was filled (though thankfully not at the over-capacity levels of the Florence & The Machine show there the week prior – QRO review), with a crowd that did tend towards older bros who probably came in from Long Island or north Jersey, taking time out from their high-pressure sales jobs. 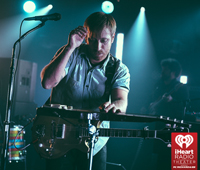 But the blues-rock of The Black Keys does itself tend to draw an older crowd, being an older sound. Interestingly, the set was not dominated by most recent record True Blue (QRO review), but instead leaned more towards prior album El Camino (QRO review) – usually it’s the other way around on set lists (there also wasn’t an iHeartRadio semi-standard exclusive cover). “Dead and Gone” opened it up, and the quiet-to-loud “Little Black Submarines” closed, with also singles “Gold On the Ceiling” and “Lonely Boy”, from Camino on the night. Still, there was Blue singles “Fever” and “Gotta Get Away”, as the band definitely gave people the hits. By this point in their career they’ve got enough material under their belt to easily just do singles, ranging from original breakthrough “Your Touch” to “Fever”. Those two were actually back-to-back, showcasing the band’s blues-rock origins, but also how they’ve developed since then – “Fever” couldn’t have been made ten years ago, what with its essential keyboard line (not to mention the second prone slide-guitar brought out mid-song for solo on Gotta Get Away”). 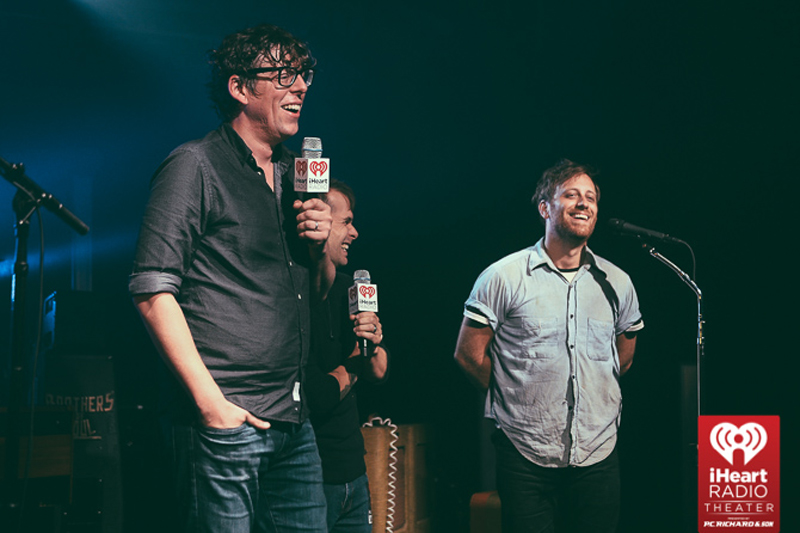 After the performance, the boys answered a few questions from the radio host, and showed that Patrick Carney is the funny one. He joked about Auerbach’s television appearance – not on guitar show American Pickers, but To Catch a Predator – and corrected Auerbach’s claim to have only eight guitars (“more like eight rooms of guitars…”). Carney also discussed getting a panic attack from hearing his music on the trailer for the Guitar Hero relaunch, his social media team & new social media job (“I’m working with Pitbull’s people”), “What would you say is my least favorite song” (“That’s a statement – Dave Matthews’ ‘What Would You Say’ is my least favorite song…”), their neighbor from the early days who would offer them really bad weed & either white wine or brown wine, and more. Auerbach did get in a joke about meeting LeBron James, about meeting him only after avoiding a maître d’ trying to stop them – though Carney had to add that they’re now working with the fellow Ohio son to make a brown wine Sprite…

After this, The Black Keys will return to playing massive stages at stadiums & festivals, but it was great to catch them up close. 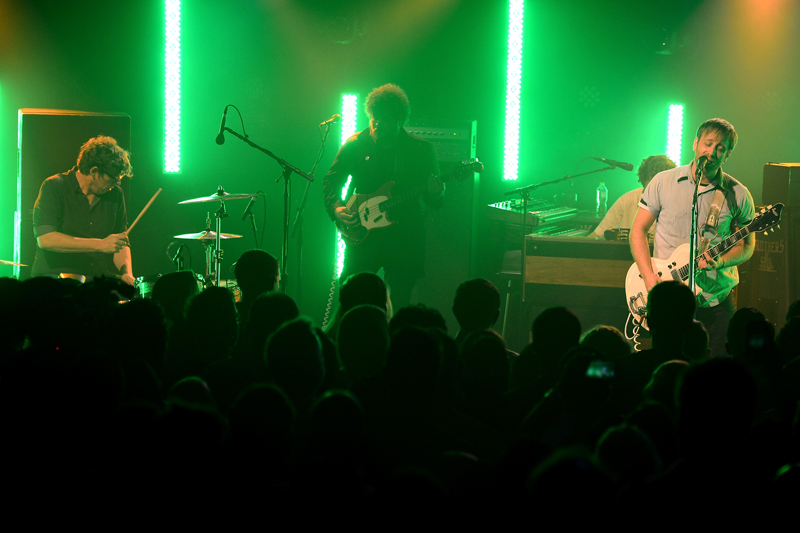