House of Vans can handle the rain, handle the free beer, and even handle The Black Lips.... 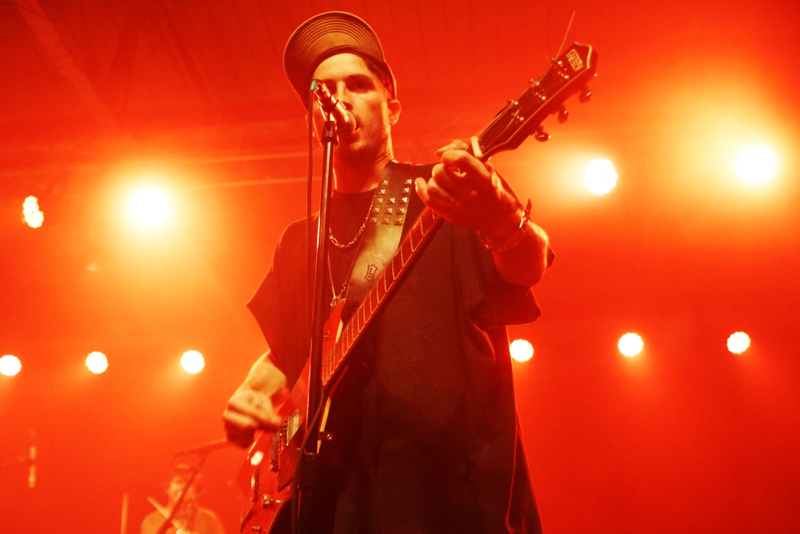 It’s been five years since the Pool Parties were forced to move from turned-back-into-an-actual-pool McCarren Park Pool (QRO venue review) to their fraught stint at Williamsburg Waterfront (QRO venue review). That came to a close after two years (despite Senator Chuck Schumer’s best efforts), but had their own wild free shows from the likes of Fucked Up (QRO photos) and McCarren veteran (QRO photos) The Black Lips (QRO live review). The Black Lips revived that wild spirit at the new free summer space in Williamsburg, House of Vans, with Night Beats and Night Birds on Thursday, July 3rd.

Things didn’t look so promising at the start of the evening, as the weather really threatened the show. While the stage and main stage floor at House of Vans (QRO venue review) are inside a warehouse, there’s a large outdoor space next to it (that’s also where you find the free beer…). So when the weather turns the crowds can shy away, which was indicated by the lack of any line to enter (after there’d been a mega line for the opening show of the House of Vans ’14 season the prior month – QRO review). Yet knowing that rain can drive people inside there also meant that the venue had to keep the capacity low for the show (your correspondent’s plus-one literally had to talk/rush her way in as doors closed…). It only actually rained a bit, so for most of the show the place didn’t look crowded. It also didn’t help that first act Night Birds went on early (possibly to avoid later rain), second act Night Beats was only announced like the day of, and everyone was confused as to who was who that Night. 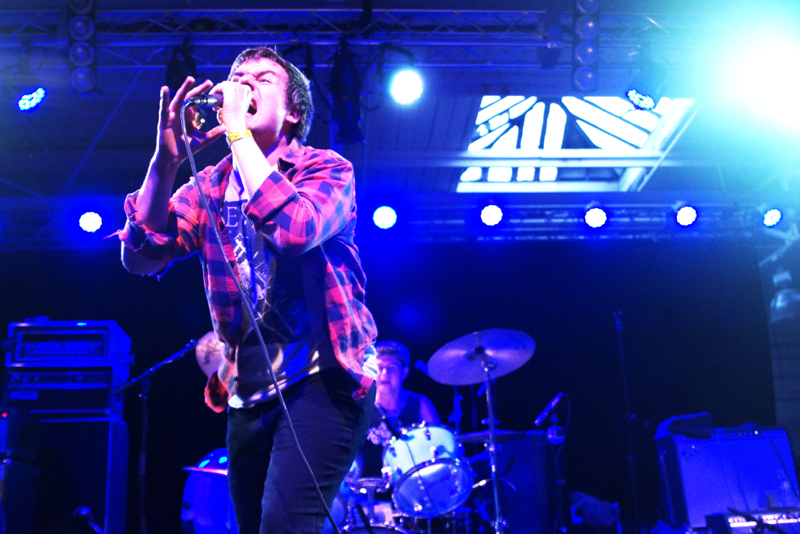 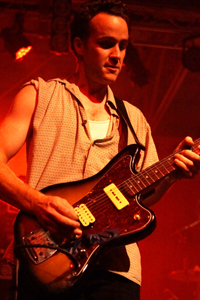 But it all actually pulled off quite well. Free beer ran out before The Black Lips came on, even in VIP (where you could hear punks talking about punk things: ketamine, cough syrup, sobriety…), only for a rumor to spread that new kegs had been tapped. Fans literally ran from the indoor space towards the beer tent – however, this was no bum-rush, but rather a good-natured jog. What’s more, security didn’t overreact, just called on people to slow down, even joked with fans as they lined up – “Do you have your beer tickets?” one security guy asked, frightening folks until he smiled and laughed that no tickets were needed (your correspondent’s favorite VIP House of Vans bartender had the night off but was there, just as a fan). Oh, and yes, there was more beer, which lasted well into the show. 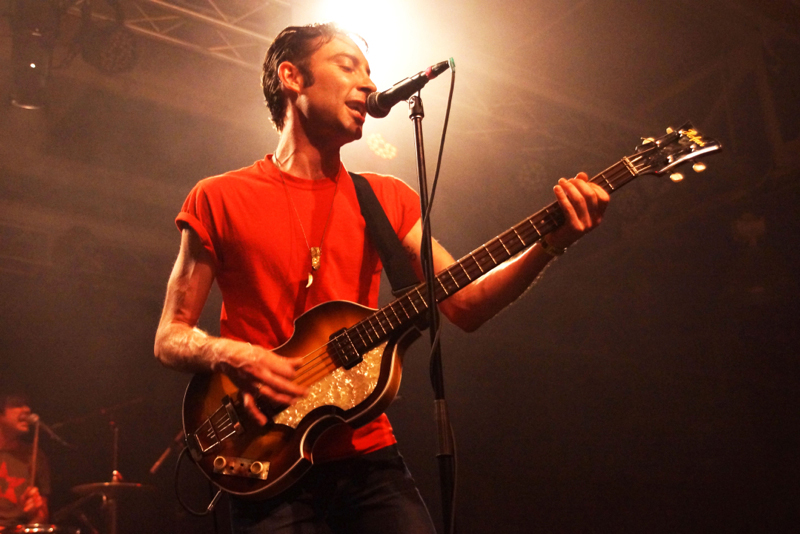 And oh, yes, there was The Black Lips. The Atlanta outfit have been on the leading edge of the wild, party-garage movement for years now, and brought that to Brooklyn. Playing mostly off of this year’s Underneath the Rainbow (QRO review), there was craziness, but thankfully not the earlier pseudo-mosh pit described by one fan as, “The shittiest mosh pit I’ve ever seen…” And unlike at Williamsburg Waterfront a half-decade ago, the photo barrier held (to be fair, it was a much stronger barrier). The evening was more rollick than riot (though of course The Black Lips referenced the free beer), but in just the right way.

Anyone who spent time at McCarren Park Pool in its hipster glory days has a soft spot in his or her heart for it. House of Vans might not have a slip-and-slide (or girls in bikinis) – not yet, anyway – but it can handle the rain, handle the free beer, and even handle The Black Lips.

(note: if House of Vans wants to recruit another wild Pool Party veteran, how about Man Man – QRO photos at McCarren Park Pool – whose singer/keyboardist Honus Honus was in attendance)