Somebody told me that New Orleans was dubbed the Big Easy to compare it to the anxiety-inducing bustle of the Big Apple. And as proven by the BUKU Music... 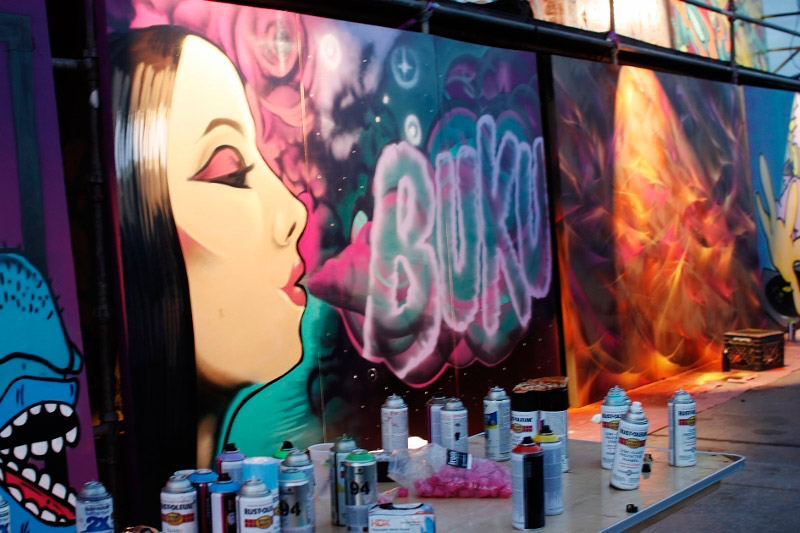 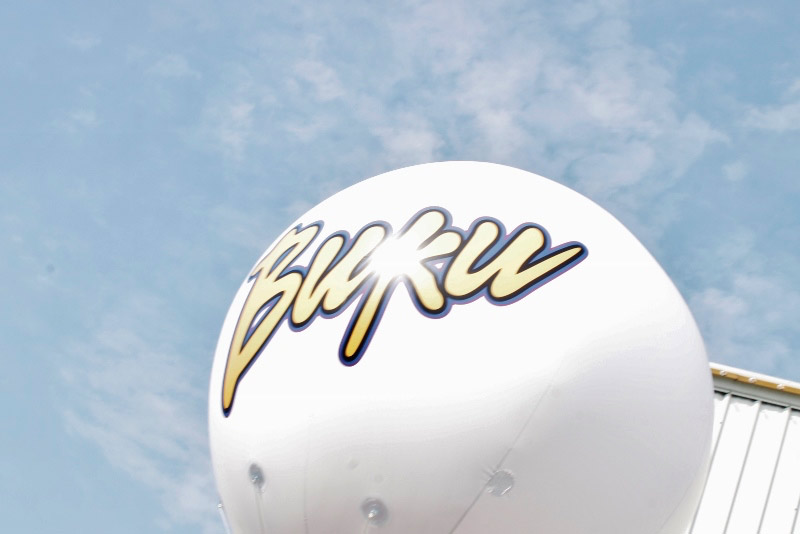 Somebody told me that New Orleans was dubbed the Big Easy to compare it to the anxiety-inducing bustle of the Big Apple. And as proven by the BUKU Music and Arts Festival last weekend, that somebody couldn’t have been more right. With everyone on board with the celebration, including the gorgeous NOLA spring weather, it’s obvious that New Orleans is a city that trumps all in the realm of hassle-free fun. 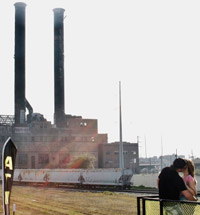 The fourth rendition of BUKU, held March Friday & Saturday, March 13th & 14th, was nothing short of a massive carnival. Nestled in the post-industrial warehouse district of NOLA, the sold-out festival hosted a unique conglomerate of musicians, vendors, artists and attendees. Perhaps the reason why BUKU has been so successful over the years is because the festival projects a signature vibe that you can’t get anywhere else. From its diverse lineup to its bright and interactive infrastructure, BUKU does a fantastic job reflecting the distinctive and stimulating spirit of New Orleans.

Louisiana native Big Freedia had the honors of opening up the weekend at the Power Plant. Although his annual Twerk Lesson was scheduled for later in the evening, there were a lot of gyrating cheeks that were telling me the lesson had already begun. Next on the main stage was STS9, the lone jam band on this year’s lineup. The band kicked off their set with the upbeat “Moonsocket”, eventually venturing on to a long, funky version of “World Go Round”. As with any Sound Tribe set, you can re-live the experience through recording here. 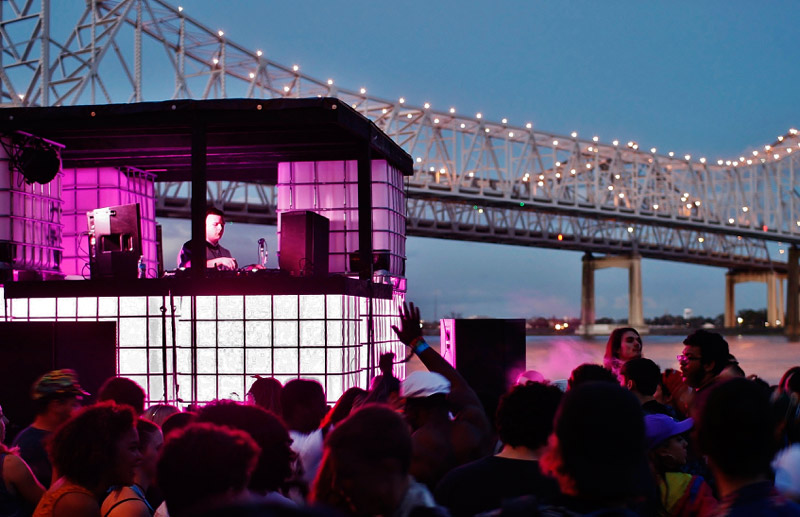 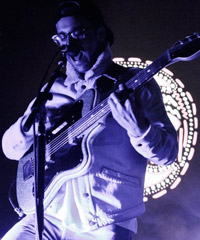 Suicideyear, another Louisiana based-artist, blew away the Back Alley stage with his ghostly hip-hop tracks from his newly released album Japan. But there was no doubt that the most anticipated hip-hop act of the day was Run the Jewels. The Ballroom stage was at capacity for the duo Killer Mike and El-P, who jumped onto it without a warning. Just like their acclaimed album Run the Jewels 2, their set was packed with action and left no room to breathe. But despite the intensity, their stage presence was surprisingly warm and positive. Everyone was so set ablaze by Run the Jewel’s performance that the fire alarm went off, delaying the Portugal. The Man set scheduled after them. 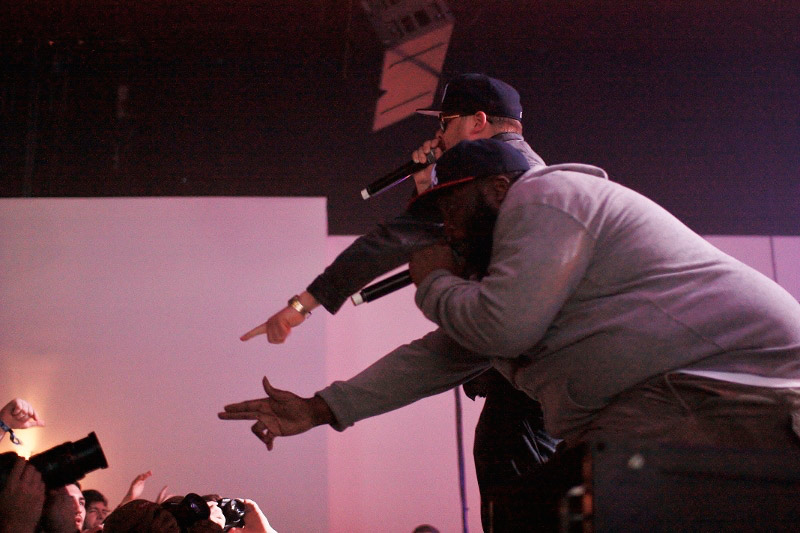 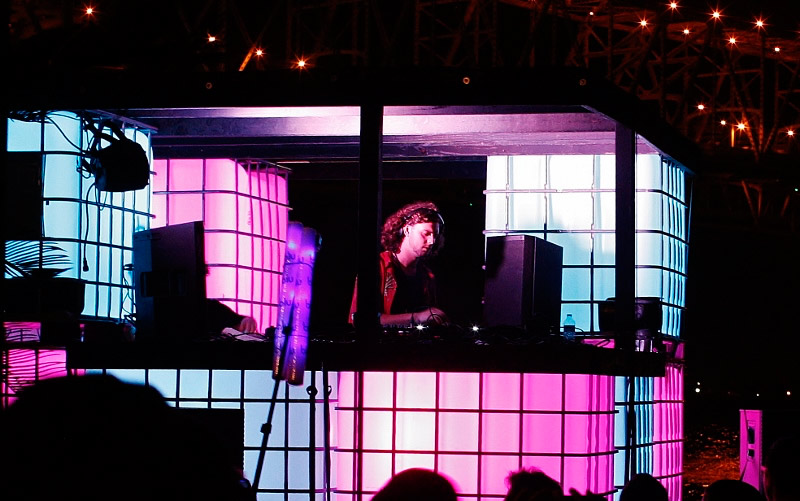 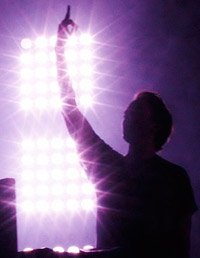 While RL Grime was tantalizing his trap-head fans in the Float Den, producer Thomas Jack led a refreshing open-air party at the Back Alley with his “tropical house” tracks. Trap lords Flosstradamos followed soon after. They, like many others, sampled the absent Bobby Shmurda, who couldn’t perform at BUKU due to his ongoing legal troubles. 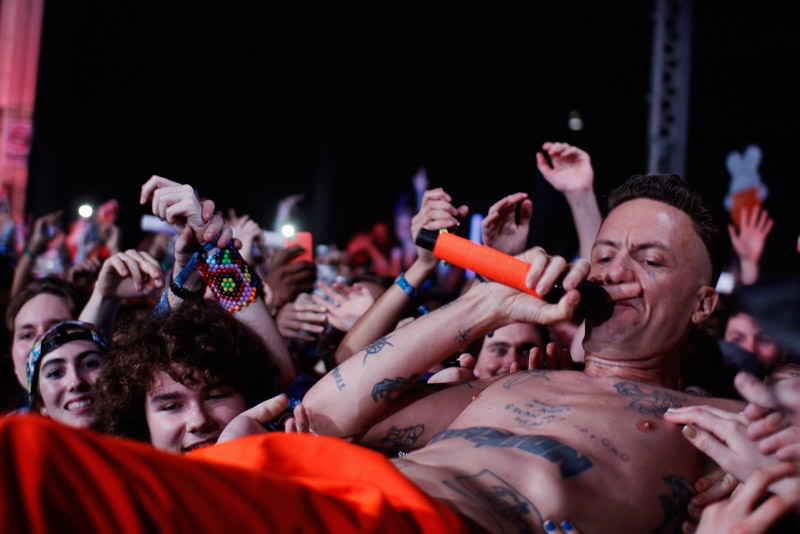 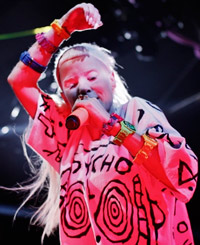 Friday’s headlining performance by Die Antwoord was certainly (as Ninja would put it), “One big inbreed fuck fest.” Adorned in neon orange sweatshirts, South African rave-rap group DJ HI-Tek, Yolandi Vi$$er and Ninja screamed and thrashed on and off stage to tracks like “Fatty Boom Boom”. There was some technical mishap just before the first song ended, but the duo played it so well it seemed like they did it on purpose. 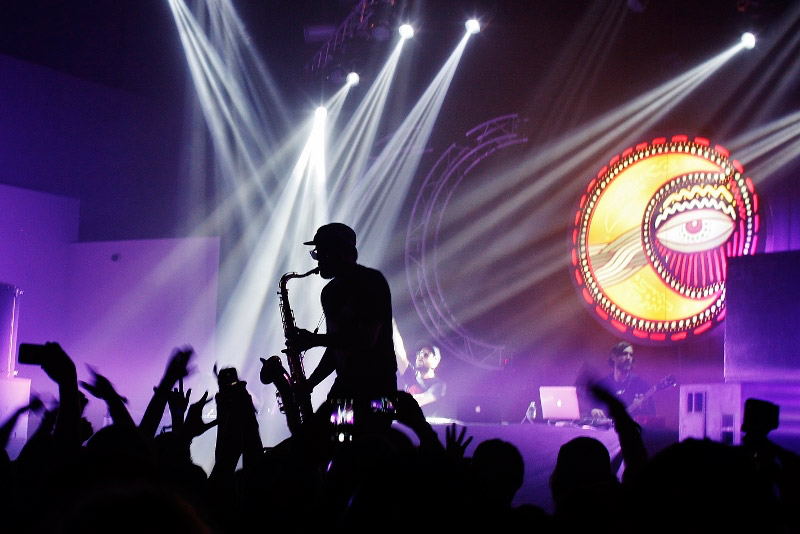 Those who wanted a calmer way to end off the night gathered in the Ballroom for Gramatik’s closing performance. With the help of Russ Liquid, who assisted with production and live instrumentation, Gramatik played an amazing set which included samples from C2C’s “Down the Road” and older, less-EDM-y tracks like “You Are the One” and “While I Was Playin’ Fair”. 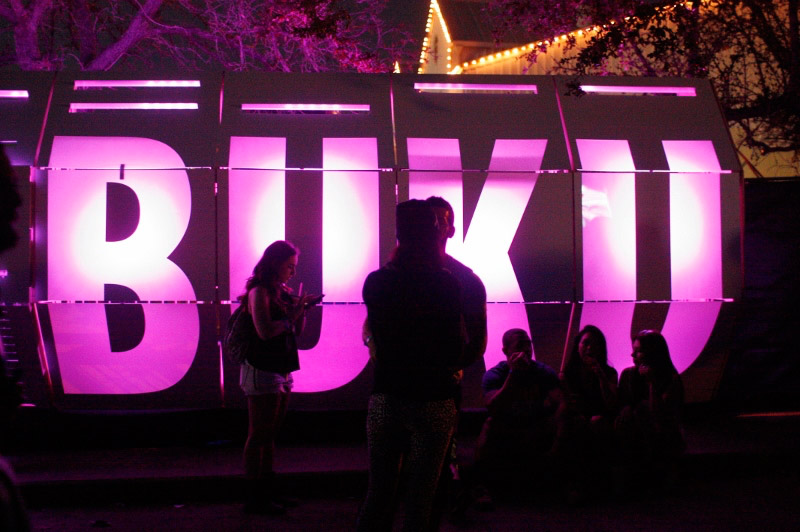 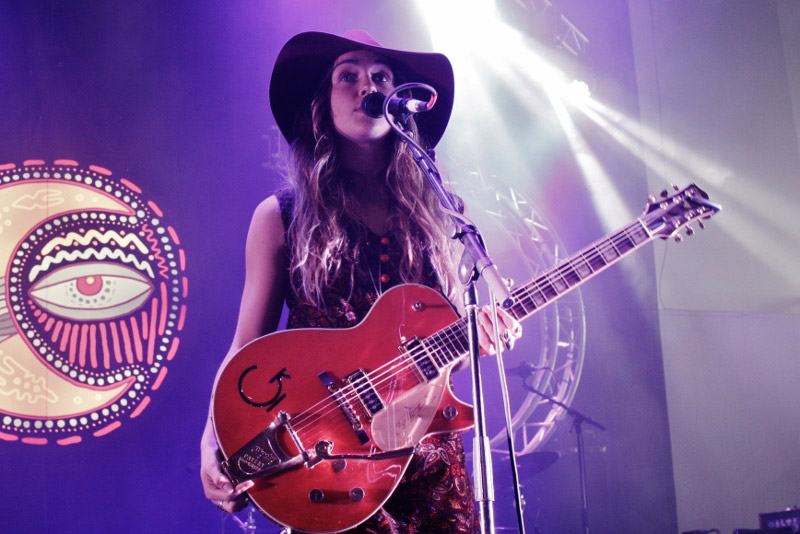 Day Two’s earlier performances included up and coming pop-bohemian vocalist Zella Day. She made most of her 30-minute time frame, starting with “1984” and tracks from her self-titled album like “Sweet Ophelia” and “Hypnotic”. She featured a new song titled “Shadow Preacher”, which will be featured on her new album, due June 2nd. Zella Day’s breathtaking performance at BUKU was the first of many festival appearances she will be making this summer. 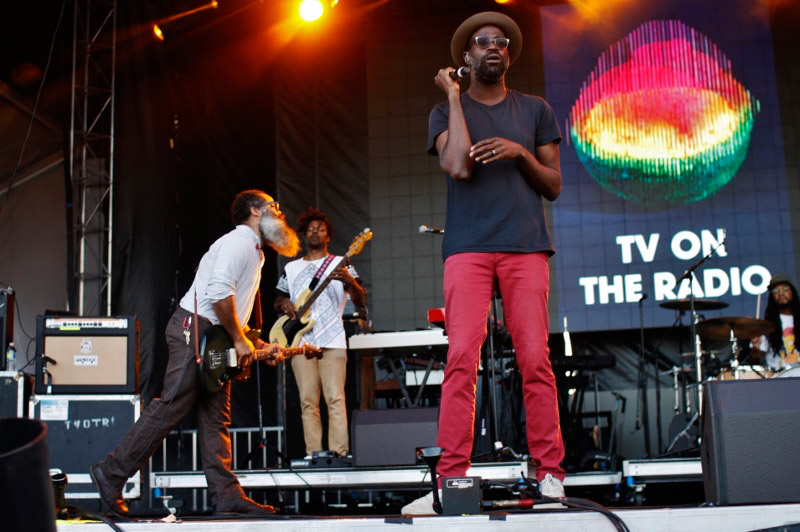 Later during the sunset, TV On the Radio greeted the Power Plan main stage with a hearty “Hello N’awlins!”, before building up to their usual opening song, “Young Lovers”. Most of their set was dedicated to their latest album Seeds (QRO review), including songs like “Happy Idiot”, “Lazerray”, and “Careful You”. 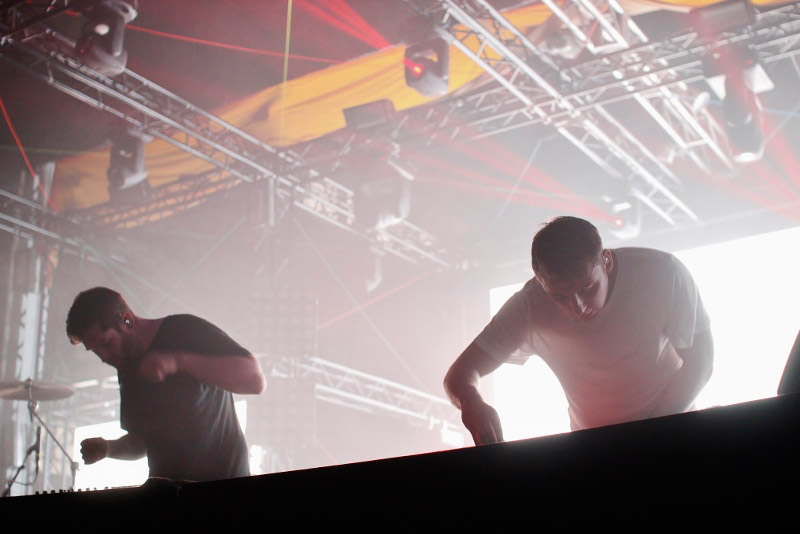 The biggest Cinderella-story act of the year, ODESZA, started at the packed Float Den with “IPlayYouListen”, which trickled into their hit remix of Sia’s “Big Girls Cry”. Later in the set they dropped a new track that resonated a little more with the typical EDM trap style than usual, hinting the new direction they may be taking for their future releases. 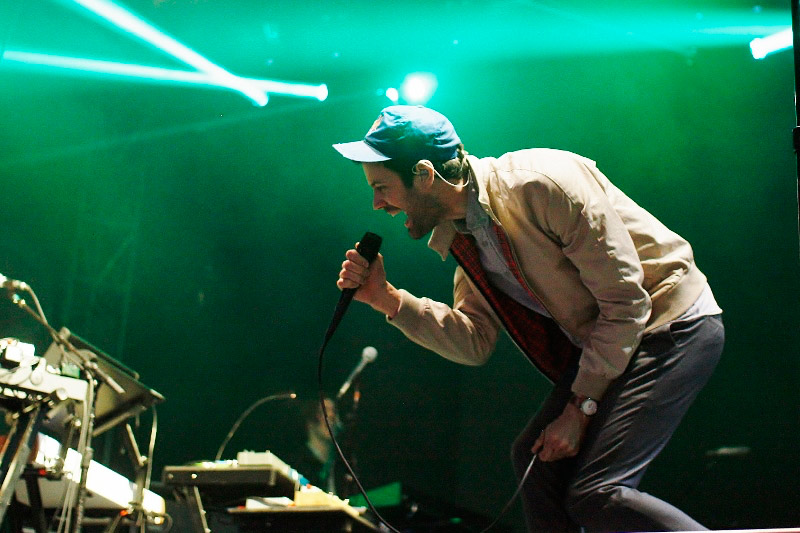 Passion Pit’s new song “Lifted Up (1985)” started their performance at the Power Plant. Their set list included a solid mix of songs from all of their past LPs, as well as some from their upcoming album Kindred, which will be released this April. But even before Passion Pit was done, hoards of Bassnectar fans crowded the area, eagerly anticipating their millionth time seeing the God of the low-end (and his immaculate hair). The highlights of his set? His older track, “Magical World ft. Nelly Furtado” and his false start to “You and Me ft. Darling”. But really, what wasn’t a highlight in his set? 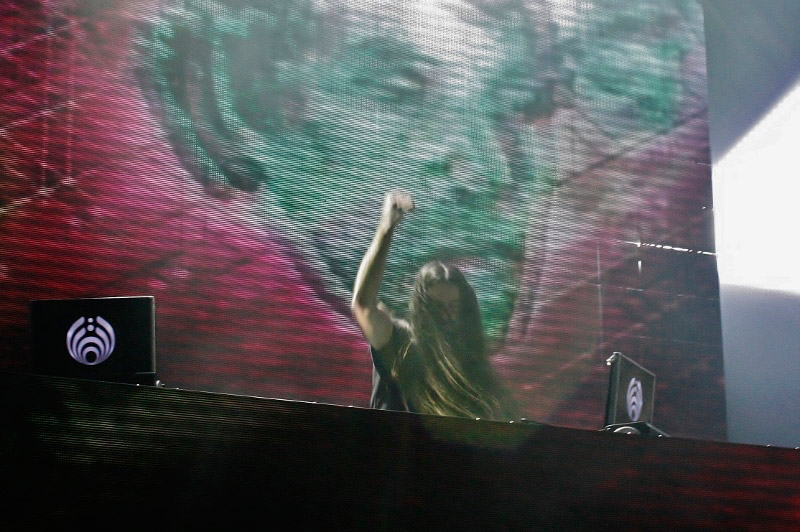 STS9 came back once again for the official BUKU after party at Joy Theater. Post-festival shows can sometimes be tiresome, but STS9’s smooth and well-paced jam session was a perfect way to taper off the amazing two days at BUKU 2015. 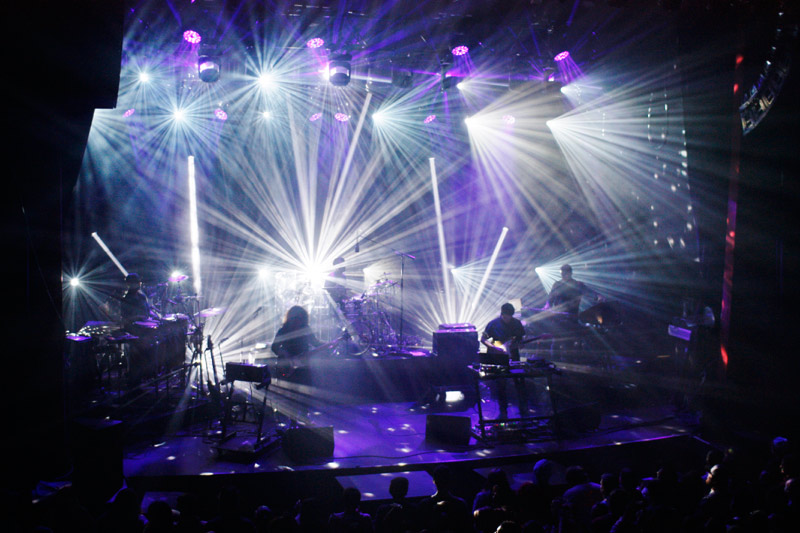 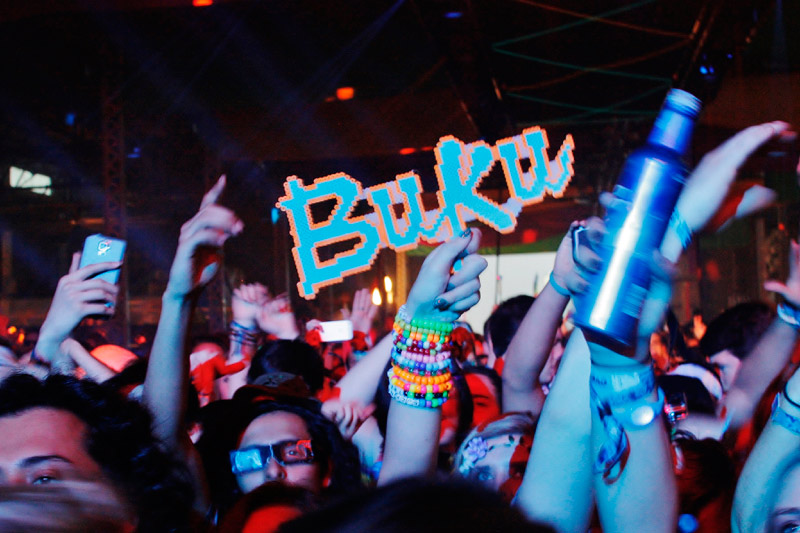