When you have been following a band for thirty years, either you have very high expectations, or you worry about their current form.... 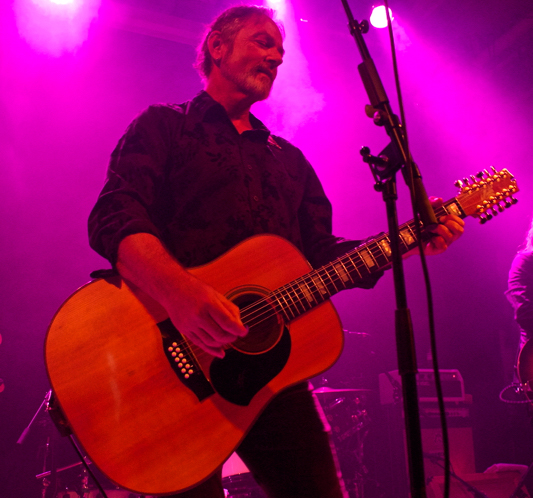 Click here all of QRO’s coverage of The Church in QRO’s ‘Spotlight On : The Church’ feature

When you have been following a band for thirty years (my first exposure to The Church was in 1985, after reading a review that complained about a “wall of guitars”), either you have very high expectations – they have metaphorically been with you for the 85% of your life – or you worry about their current form. The older you grow the less energy you tend to have, and most musicians opt for a calmer and more relaxed approach to things.

And it’s great when all these preconceptions are shattered. The Church have recorded 15 works, they have gone through thick and very thin, and if you have to trust what you read, they have had terrible crisis, but they are still alive and kicking. Very much so. 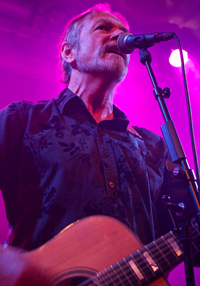 Promoting their excellent upbeat new record, Further/Deeper, the Aussies came to Europe for the first time in many years. After crushing everybody else at the Primavera Sound (including Patti Smith) on the Friday line-up (QRO photos), Steve Kilbey (QRO interview), Peter Koppes, Tim Powles, new recruit Ian Haug and multitasking wonder Craig Wilson occupied… the small room’s stage of Amsterdam’s Paradiso (how such a band can only play in such a small place?) on Tuesday, June 2nd.

In front of an audience that packed that venue, the band amazingly started with 1981 classic “Is This Where You Live?” Vindicating they come from a faraway place, that they are not wasted and a cliché, the calm pace of this old tune which later becomes faster and brighter was a warning of what we could find: the fluctuating and flickering energy of a trip to different eras of their catalogue.

The Church have been classified as psychedelic or neo-psychedelic in its time, but they go way beyond that. Rejecting the basic scheme ‘fast song/slow song’, theirs is a set that has plenty of crescendos, noise, optimism, riffs many other bands would kill for (like the one Haug plays in “Laurel Canyon”), drama, tension, and many other things.

The band is exceedingly good at tension and drama, here provided by “Block” and the 1992 melody “The Dissilussionist”, where frontman Kilbey just adopts a different persona – maybe recalling his recent incursions in cinema, theatre and short films – to show us this character, a sort of Attila of the arts, bringing grey clouds wherever he goes, a tyrant with those around him, a man who just selfishly feeds on the energy of those who adore him…

Anyway, the Church are also well known by crystalline rushes of pure light and warmth, like the aforementioned “Laurel Canyon” or their last ever hit, “Metropolis”. Between those extremes, we can find tones of details, hints and shades of the melancholic, the immense, the dangerous and the oneiric (I’m sure Kilbey’s preference for painters like Odilon Redon or Marc Chagall has something to do with that).

The list can be endless. One can cite songs like new gems “Delirious” or “Vanishing Man”, oldies such as “Under The Milky Way” or “Reptile”, nocturne and sandy pieces like “Old Flame” or “Sealine” or sparks of brilliance that simply state that The Church still have a long way ahead, such as “Miami”, and it just will be mere titles for you. But The Church are one of those few bands that you don’t have to listen to, but you have to let their music go with you, accompany you on a road trip, on a summer or a winter, on an experience of whatever sort.

In a way, it’s good they haven’t become huge rock stars as they all have focused on the quality of the material they make. It shows from start to finish when you see them live. There’s not a crack, not a hint of exhaustion, of recurring over and over again to the same idea.

A The Church gig is a very safe bet. If you like them, you’ll be happier. If you’re a casual listener, you’ll be converted. Just watch them live, and you’ll just agree. Guitarist Ian Haug told yours truly they wanted to come back to tour Europe later this year or in early 2016. Maybe the chaps at this festival, Le Guess Who? In Utrecht, could count on them…