Mancunian collective The Cornelius Crane are a band taking the currently revolutionary stance of putting the song first, then administering the style.... 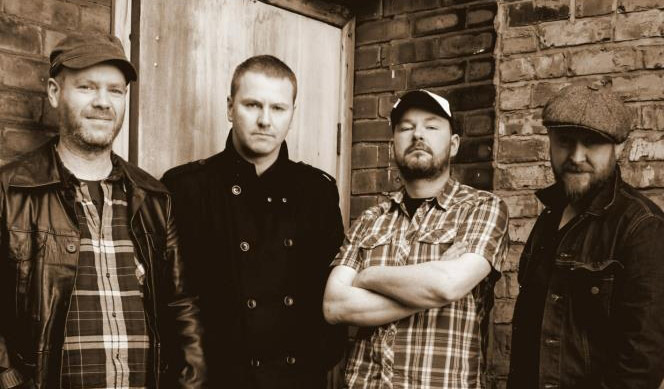 Mancunian collective The Cornelius Crane are a band taking the currently revolutionary stance of putting the song first, then administering the style.  Big, infectious melodies & rich harmonies pull the listener into this bands folk infused take on Americana with a side order of Joe Meek, cosmic production values & a sprinkling of prog rock.  This band isn’t easy to pigeonhole, but for the sake of conforming to the music world’s obsession with tags, I’m going to say ‘alt-country’… and then some.

The band have two EPs available on Stereokill Recordings, EP Too & the self titled The Cornelius Crane, with a new album about to be released.  QRO sat down with Dan Adams, Mark Adams, Jon Roberts, and Steve Wilson:

QRO: A few of you are in different bands, what’s so special about this one?

Steve Wilson: It’s about song writing rather than being a hired hand this is where we have complete control.

QRO: Who writes the songs?

QRO: I see… What’s the usual way?  Or isn’t there one of you creating?…  Is it an “I was lying in the bath” sort of thing, and the words came to me… or do whoever writes the words sit down with a thesaurus and start writing?

SW: Different ways for different songs.  Sometimes I sit and slog it out.  Sometimes an overheard conversation on the bus and plainly events in my life, (“Pan and the Goat”) etc.

QRO: Do any of you want to be the lead singer and wish Steve wasn’t as brilliant at it?

DA: Steve doesn’t even want to be the lead singer.  [laughs] Also him and I do dual vocals on most of the songs, and Mark and John back that up with extra backing vox four-part harmony; ultimately we try to be a vocal harmony group.

QRO: Did you all grow up in musical households?

Mark Adams: Like any Mancunian band our families had the best record collections, but instruments?  No.

QRO: What was your first single you bought?

Like any Mancunian band our families had the best record collections

QRO: Mark, if you could be in any band of all time, which would it be… and why?

BAND: The Cornelius Crane – We all love it.

QRO: Awww.  What’s the next exciting thing on the horizon?

SW: As we speak, we are formulating the track listing for the LP.  We recently played The Ramsbottom Festival with Sinead O’Connor / Richard Hawley and Cavfest over in Didsbury with Badly Drawn Boy.

Drip-feeding a couple of cheeky new tunes off the LP into the set as we go.  And of course we are just about to open for Big Country at The Holmfirth Picturedrome (QRO photos).

QRO: What would be a dream come true?  Have you big ambitions for the band?

MA: People relating to the recordings we make, because we only tend to write to our own tastes.  In fact, we expect the worse and hope for the best.  Our ambitions are relatively modest.  We are pretty happy with everything.

QRO: Do you listen to country/folk music?  It’s a genre that’s always been about in the background…  For instance, me and my best friend Ingrid’s fave song is “Walking After Midnight”, but not many people round here even know Patsy Cline songs… except “Crazy”.  I say this ‘cause your sound has a definite American sound and feel to it.  YeeeHaaa!

We expect the worse and hope for the best. Our ambitions are relatively modest.

QRO: Do you all have similar tastes?

DA: Very much.  If there’s something we don’t know we show each other and duly love it.  Or hate it!

QRO: What date is the LP out?

DA: 30th November 2013.  We’re having the launch, a Cornelius event at our home venue THE WITCHWOOD.   Loads of bands and DJs to announce over the coming weeks.

MA: Great – doubles up as an early Christmas bash.