The Cribs have long imagined themselves as big rock stars.... 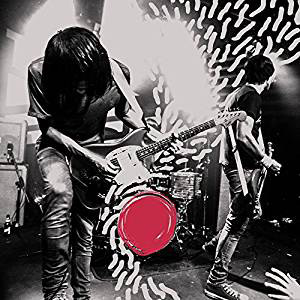 Photos of The Cribs at 2018 Bingley Music Live in Bradford, U.K.

Photos of The Cribs at Music Hall of Williamsburg in Brooklyn, NY on September 21st, 2017

Photos of The Cribs at 2013 Bingley Music Live in Bradford, U.K.

Photos of The Cribs at Santos Party House in New York, NY on June 6th, 2012

QRO’s review of The Cribs at Brighton Music Hall in Boston, MA on April 14th, 2012

Photos of The Cribs at 2011 Latitude Festival in Southwold, U.K.

The Cribs have long imagined themselves as big rock stars; titling their new record “24-7 Rock Star Shit” and surprise dropping it (including coded messages about where to buy it) seems pointed to make it almost comical. Perhaps that’s what happens when you’re kids who’ve had the likes of Lee Renaldo and Johnny Marr in your band. However, their actual output hasn’t matched the levels they see for themselves, though had been catching up in recent years. Unfortunately, 24-7 Rock Star Shit doesn’t match its ambitions.

QRO’s review of The Cribs at Wonder Ballroom in Portland, OR on January 29th, 2010

There are some good pieces on the new album, such as the garage-punk calls “Year of Hate”, “Dendrophobia”, and closer “Broken Arrow”. The garage-punk nature overall has its qualities, though its notable that the sonic shift with the wafting penultimate “Dead at the Wheel” comes as something of a refresh/relief. Too many of the other songs just run together.

Surprise album drops are all the rage – or at least were a few years ago – but they still can’t help but give the impression of a rushed side release, something not fully baked and just put out there. One sort of gets that feeling from 24-7 Rock Star Shit.