The Cult did not disappoint on their umpteenth visit to Atlanta.... 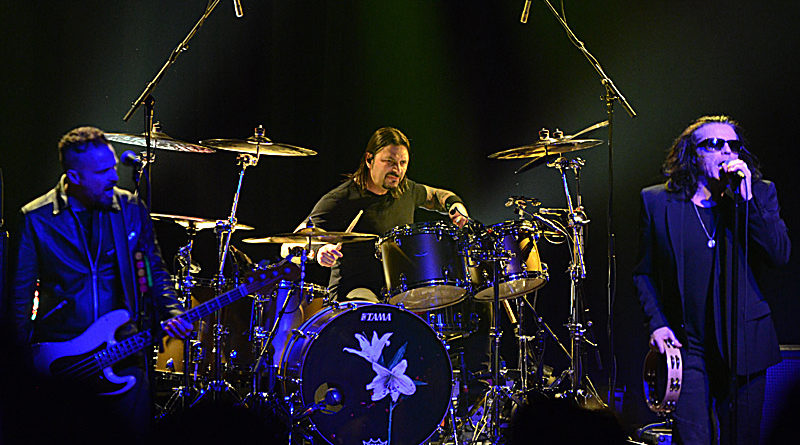 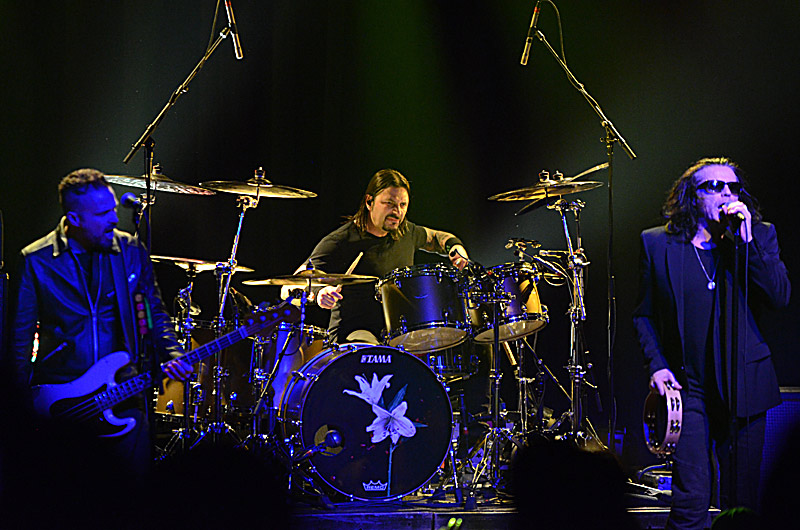 Click here for photos of The Cult at Northwell Health at Jones Beach Theater in Wantagh, NY on July 27th, 2018 in the QRO Concert Photo Gallery

Click here for QRO’s live review of The Cult at Rock City in Nottingham, U.K. on February 29th, 2016

Click here for photos of The Cult at Terminal 5 in New York, NY on June 8th, 2012 in the QRO Concert Photo Gallery

An English band that have gained fame in the ‘80s with anthems featuring Ian Astbury’s vibrato-laced, growl-laced low tenor and Billy Duffy’s stunning guitar solos, The Cult did not disappoint on their umpteenth visit to Atlanta on Tuesday, April 12th. The Variety Playhouse was filled with loyal fans and rockers who were primarily over 40 and about 70% male.

Duffy said it best at the end of the show: “What you see is what you get.” What the audience got was the band dressed all in black, looking a bit like a biker gang, delivering the intense hard-core rock they always did. No frills, no gimmicks, no backing tracks. It was evident they were a guitar-based band, as the stage was filled with guitar amps of nearly every brand: Marshall, Peavy, Vox, and Orange. 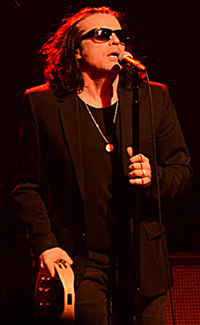 The somewhat loose set was solid with very few breaks, during which Astbury would speak to individuals so close that he could nearly touch them. All he had onstage was his tambourine, which he gifted to a fan, and his sunglasses, which he wore throughout most of the show. He was animated, doing squats up and down the mic stand, wide arm motions and even a few dance steps. Now and then, between verses, he would throw and spin the mic cord or his tambourine in the air. Age hadn’t touched his vocals. They were strong and clear.

Duffy held his cutout Gretsch guitars mostly against his right leg. Those large guitars had built his arm muscles in the 30-plus years he’d played them. His amazing solos were delivered with strength and impeccable precision, as always. He was as much the star of the show as frontman Astbury. 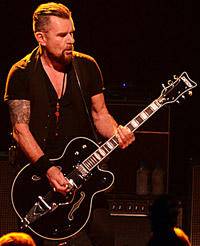 The newer members of the band fit right in. Former speed metal drummer John Tempesta featured as a soloist on “Fire Woman”. He and bassist Grant Fitzpatrick kept the heavy groove flowing through the entire show. Keyboardist Damon Fox was quite active physically, switching to guitar if another guitarist was needed.

A slowed-down version of “Sweet Soul Sister” was quite interesting and well received. It and “She Sells Sanctuary”, the band’s first hit, was the final encore.