Rock hasn’t been this much fun since Spinal Tap.... 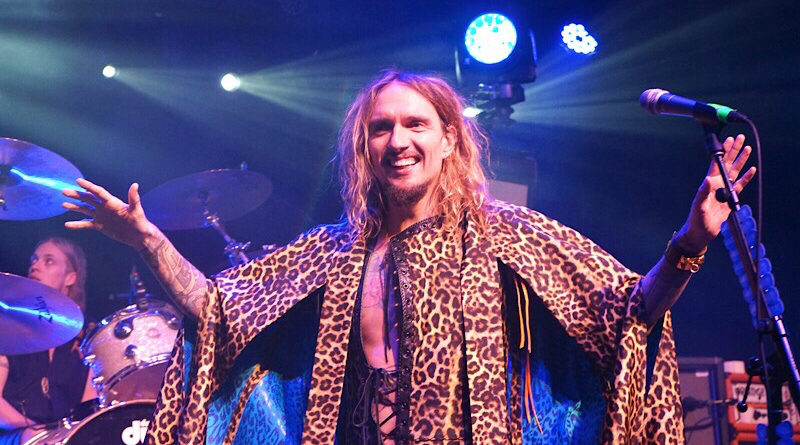 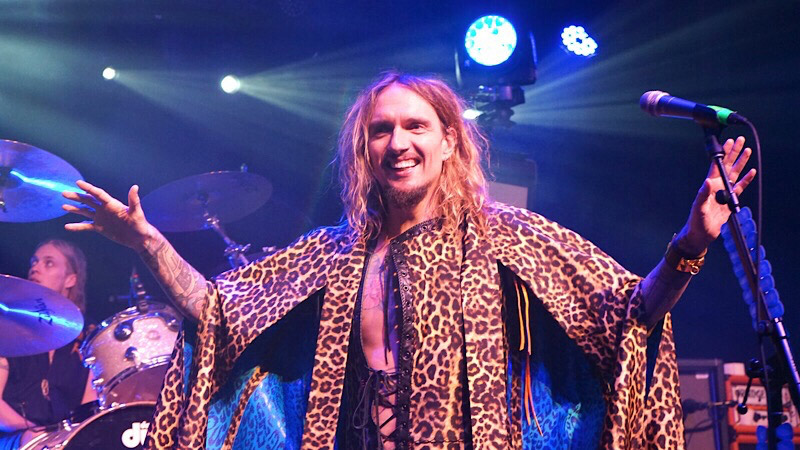 Click here for photos of The Darkness at Irving Plaza in New York, NY on May 2nd, 2016 in the QRO Concert Photo Gallery

Click here for photos of The Darkness at Terminal 5 in New York, NY on October 21st, 2012 in the QRO Concert Photo Gallery

Rock hasn’t been this much fun since Spinal Tap, as The Darkness came to Atlanta’s Terminal West on Saturday, April 28th. To start off, Darkness frontman Justin Hawkins modeled a leopard spot cape, revealing a matching jumpsuit underneath in which he sang and played guitar. Bassist Frankie Poulain looked fabulously stylish with his ‘70s style gold lame suit, facial hair, huge fro, and giant glasses. Brothers Daniel and Justin Hawkins held up guitars simultaneously in salute at least once, and they both did a lot of playing directly in the faces of and over the audience. Drummer Rufus Tiger Taylor’s drumming was perfection, likely taught by his dad, Queen’s Roger Taylor. They were ready to share a good time!

Playing just their third date in Atlanta, calling this their “Tour de Prance”, The Darkness were promoting last year’s Pinewood Smile, but played songs from all five of their albums, rocking them all. Their look and lyrics featured the tongue-in-cheek humor they are known for since 2004’s hit song “I Believe in a Thing Called Love”. The music was delivered via Justin Hawkins’ mixed style of casual and falsetto singing and ‘80s style high-pitched metal screams, the Hawkins’ AC/DC style guitar riffs, dual guitar harmonizing, and noodling guitar solos, tight vocal harmonies by all, and strong, tight driving beats by the amazing rhythm section of Poulain and Taylor. Make no mistake: this is no novelty act – their rock and metal music is intensely real. 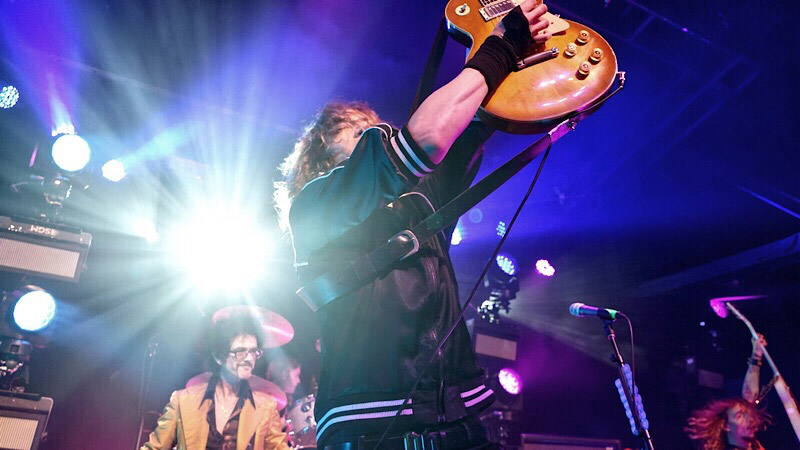 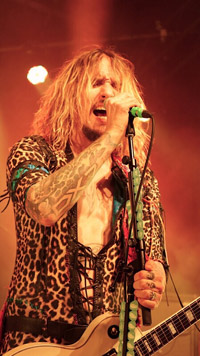 Singer J. Hawkins was in wonderful spirits, smiling throughout the entire time he wasn’t singing or screaming. He told jokes and talked to the audience between songs, actual conversations, not just comments. He razzed his brother, saying his wicking material shirt likely held microbes, but he “loved him anyway”!

Later in the set, Hawkins led an a cappella sing-along, Freddie Mercury style, in notes hardly anyone could hit, since his range was so high. The audience tried anyway, and Hawkins showed his appreciation after every phrase by “looking wistfully,” turning sideways and arching his back. Hilarious! On the last set of notes, which he appreciated most, he pointed out the subtle difference of clenching his fists also. That was quite funny.

On one song, bassist Poulain was presented with a red box onstage, which he opened dramatically, tossing aside a foam insert, revealing a large black cowbell, which he played instead of bass. So funny!

The entire performance was played impeccably, without flaw. It was a wonderful experience at Terminal West, one of the best visual and sound stages in Atlanta. The sold out show hopefully will entice The Darkness to return sooner than later. 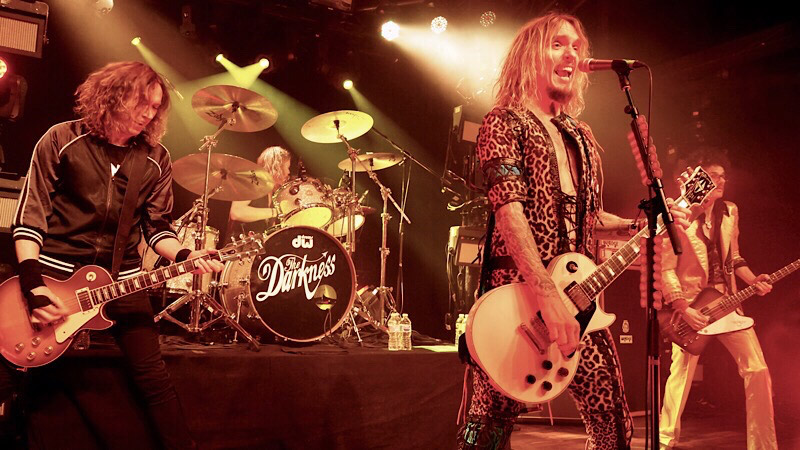