The Felice Brothers are authentic and appealing on 'Favorite Waitress'.... 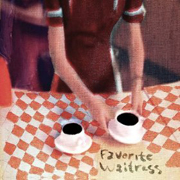 While EDM might be all the rage, and laptops are the new guitars, we’ve all still got a sort of genetic memory for the appeal of backwoods roots-rock. Even European ravers have to appreciate roots-revival when it’s authentic, and The Felice Brothers are authentic and appealing on Favorite Waitress.

After putting out a number of roots-revival records at an impressive clip in the prior decade, The Brothers Felice slowed up their output and changed up their style for 2011’s Celebration, Florida (QRO review), slipping in some modern tech sounds. While the band continued to take their time for Favorite Waitress, it’s something of a return to their earlier ways. There’s the resigned twang of opener “Bird On Broken Wing”, soft and sweet loss (of “your favorite waitress”) on “Chinatown”, to the snapper all ‘round one mike “Lion”. The band hasn’t lost their touch for upbeat – “Cherry Licorice” is their best endorsement since “Whiskey In My Whiskey” (QRO video) – or for the throwback, whether Dylan-like sarcasm on “Woman Next Door” or the best song about Butch Cassidy & The Sundance Kid since Silver Jews’ “Smith & Jones Forever”, “Meadow of a Dream”.

The Felice Brothers had already become the go-to band for roots-revival, so needed to shift things up – but they can also still hit it up the middle.