A decade or so ago, Americana was all the rage, and families of men broke out like the Avetts, the Mumfords, and the Felices.... 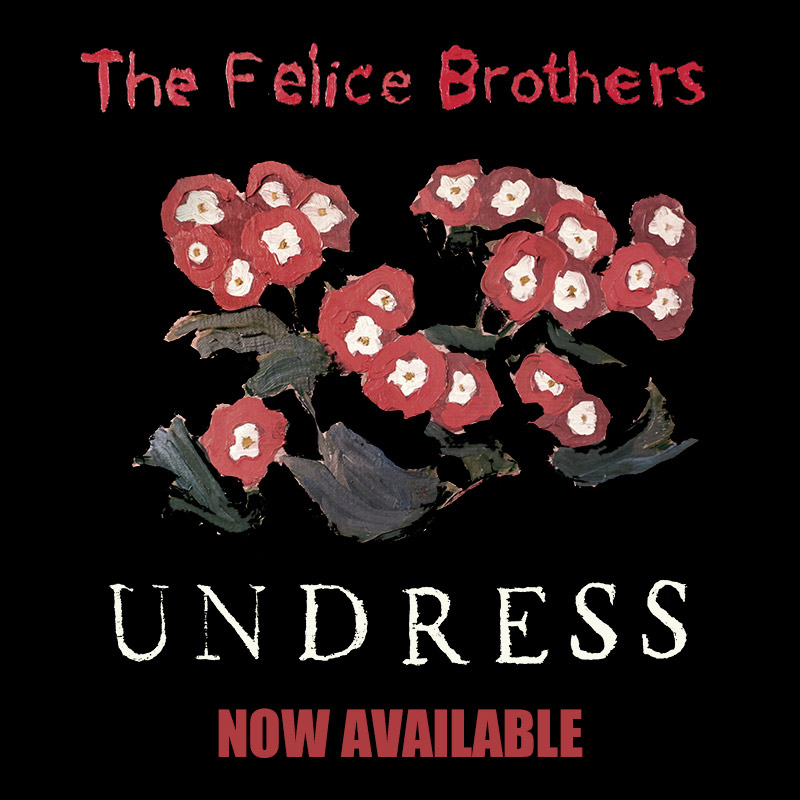 A decade or so ago, Americana was all the rage, and families of men broke out like the Avetts, the Mumfords, and the Felices. But while others went for the mass appeal, radio-friendly mainstream country-rock route, The Felice Brothers followed the road less traveled, with more experimental & artistic explorations. So they never made the big bucks, never sold “Whiskey In My Whiskey” to an ad campaign, and only saw the largest stages while serving as backing band for Conor Oberst (QRO photos of them together). More recently, all but core brothers Ian & James left, putting the future of the group in jeopardy. But now they returned, revived and even political on Undress.

Note that ‘political’ isn’t some pedantic preaching (like Oberst’s Bush-era “When the President Talks To God”), but instead takes on the whole of American inequity, from capitalism on the weary holy man “Holy Weight Champ” to returning soldiers “Hometown Hero” to failing the wayward on “The Kid”. The Felice Brothers have long had a powerful sad side, but never before has it been so incisive.

Not that there isn’t also their upbeat, wry hepstepping on Undress. Indeed, the opener/title track takes it all in with a smile, and “Special Announcement” is a fun approach to politics. “Salvation Army Girl” is a cheery dance for every pauper’s favorite, and “Jack Reminiscing” doesn’t look back in anger.

Still, Undress closes with the pitch-perfect wistful “Days of the Years” and the ode to it all “Socrates”. Even as the times change and seemingly grow darker, we still have the true Felice Brothers.