The Flaming Lips have put out another impressive, connecting album in 'American Head'.... 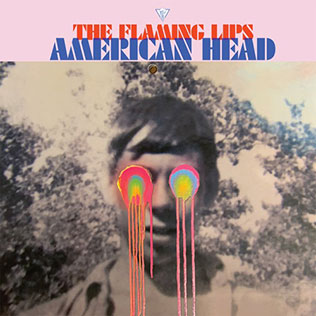 Last year, masters of the indie-spectacular The Flaming Lips released King’s Mouth (QRO review), a psychedelic journey that finally matched up to their amazing live shows and such classic turn-of-the-millennium records of theirs as The Soft Bulletin and Yoshimi Battles the Pink Robots.  Well, the amazing live band can’t shoot their confetti cannons in 2020, but they have put out another impressive, connecting album in American Head.

Like King’s, American Head is a psych-story told in bright colors (if not a direct line), but instead of a royal fairytale, frontman Wayne Coyne goes the other direction, the youth of this republic.  And yes, that story concerns drugs, but it is the joyful experimentation of adolescence, of finding other worlds as opposed to escaping this one, indeed even lining up with more wholesome pursuits of youth such as “Watching the Lightbugs Glow”.  “At the Movies on Quaaludes” is as sweet an ode to being young & high as Dazed and Confused, even while the record shifts from the truly child age pursuits like “Lightbugs” and “Dinosaurs on the Mountain” to mixing the glow with the tragic on “Mother I’ve Taken LSD”.

The Flaming Lips do not shy away from the inevitable death of youth, including the waning wonderfulness of drugs.  The sweet & relaxed single “You n Me Sellin’ Weed” (QRO review) is the early autumn you wish could last forever, but is followed by “Mother Please Don’t Be Sad”, perhaps the brightest song about death that isn’t ironic.  Growing up is tough on “Assassins of Youth”, but the band finds hope in the end on closer “My Religion Is You”.

We could all use live music right now, and we all definitely could use some live Flaming Lips, in a crowd experiencing it all together.  But until we can meet again at a concert – and we will – live out the life of American youth in American Head.