After that it all got a bit weird.... 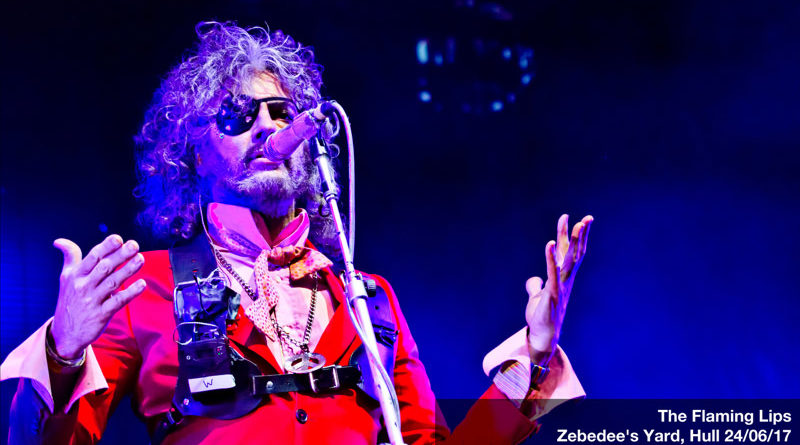 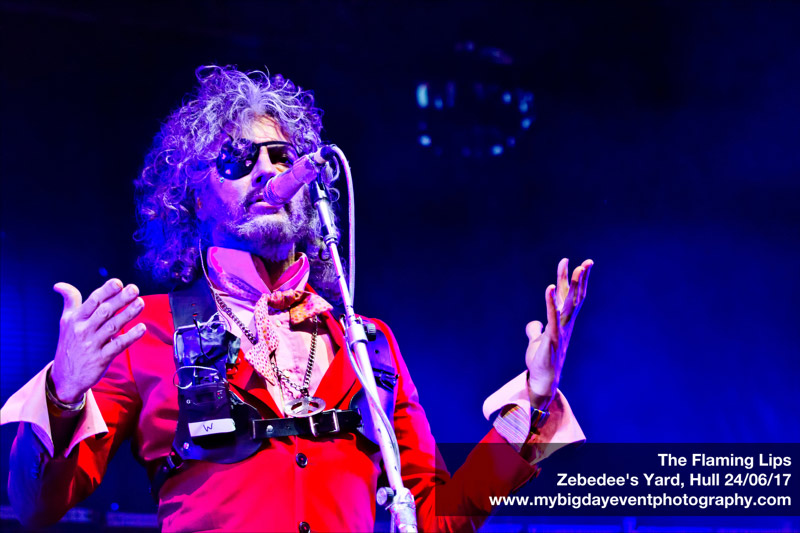 Hull’s newest music venue is Zebedee’s Yard, a car park by day, close to the quayside and hemmed in by the backs of Victorian warehouses and office buildings. It might sound unglamorous, but in practice it works just great, and while it’s probably destined to be a one summer only thing for the City of Culture celebrations, it would be nice if it could continue to be used for the future, because the city needs an pop up venue like this.

It certainly made a great and slightly disorientating backdrop on Saturday, June 24th, for The Flaming Lips, a band for whom “great” and “slightly disorientating” are the rule rather than the exception, and they gave us a show that certainly makes it into my top ten ever, an explosion of music, colour and joy whose psychedelia was only enhanced by the venue’s anachronistic red brick bowl. 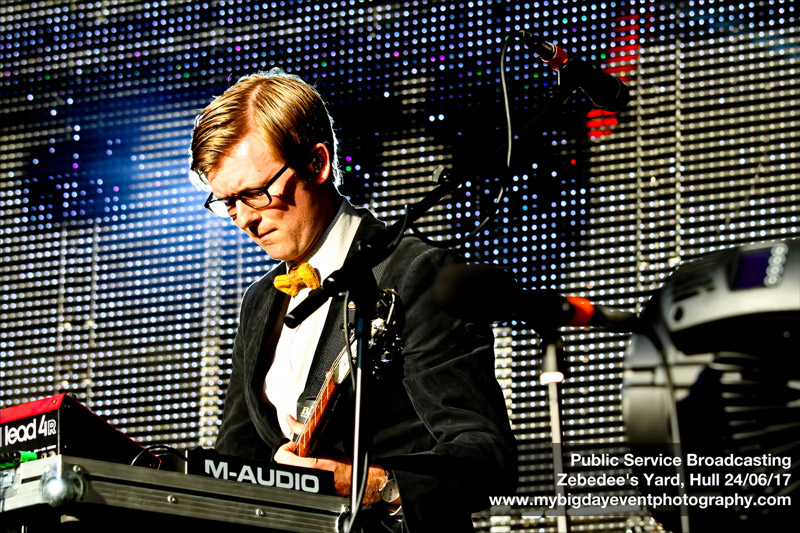 Everybody’s favourite young fogeys, Public Service Broadcasting, were the main support, equipped with tech and traditional instruments in equal measure and dressed as if they knew the yard’s buildings when they were young.

It was the first time I’d seen them live, and I’ll admit to sometimes harbouring grave suspicions with about bands that play computers on stage. I’ve vented them in QRO reviews on occasion, so I’m ashamed to say that I had relatively low expectations of PSB. In my defense, I’ll add that it took about fifteen seconds to realize that they weren’t what I expected at all. No crouching over the decks gesticulating like they were communicating in some sort of sign language for the constipated. No dancing on tables. No shouting, “Come on Hull make some fucking noise,” which usually passes for literacy for players of the Apple Mac and related instruments.

Their complex weaving of live music and samples was completely thrilling and even if I wasn’t dancing (which put me very much in the minority), I was mesmerized. No good asking me about the first few songs because I was busy with cameras but I spent the rest of the set getting my head round their sound, which took some time.

It wasn’t until “The Other Side”, which deploys samples from the Apollo8 mission, that I started to pick the threads from the complexity sufficiently to understand what’s going on. It’s a great track with the tension rising throughout, like a hundred heartbeats woven into one until it reaches a massive crescendo.

Favourite tracks are hard to pick because it still all felt very new but “Everest”, which closed the set, is incredible and I when they leave the stage I have a new favourite band. 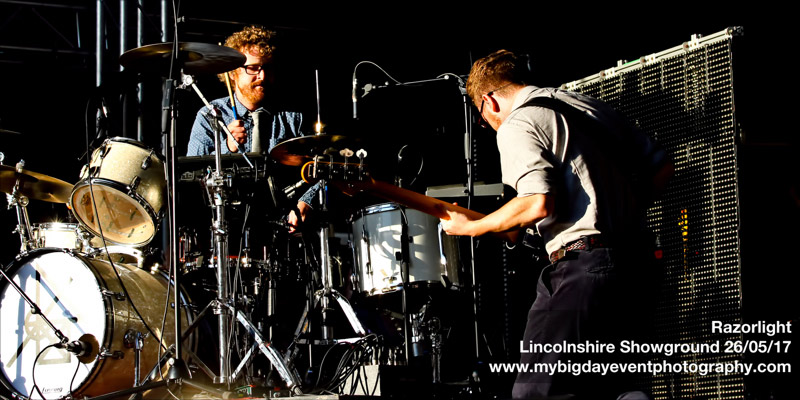 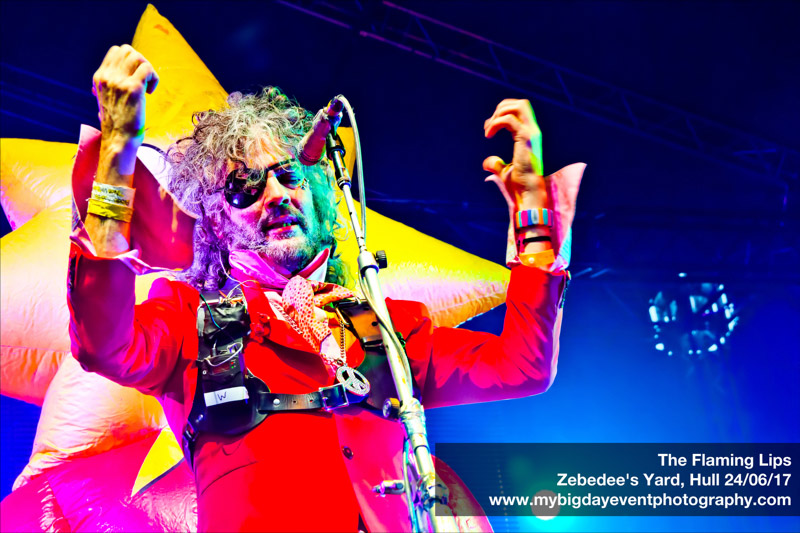 And then we were all set for the main event. As a prequel, large nets filled with huge balloons were maneuvered into the gangway at the side of the stage, but so bijou is Zebedee’s Yard that the crew was unable to get them past the stage structure. After several minutes of effort, filled with the sound of popping rubber, they gave up and the balloons were distributed to the crowd by way of a human chain. It was an impressive piece of quick thinking.

It was also my first encounter with The Flaming Lips, a band whose live performances have achieved legendary status. The previous night they were at Glastonbury, closing things up on the Park Stage. This night it was a car park in Hull. It might seem like a bit of a come down, but you have to remember that this year Hull is the official U.K. city of real, proper culture, and Glastonbury is, as ever, the home of middle class beardy weirdy wannabe culture.

It’s difficult to know how to approach a Flaming Lips review. If you’ve seen them before you won’t need a description. If you haven’t then you probably won’t believe me. 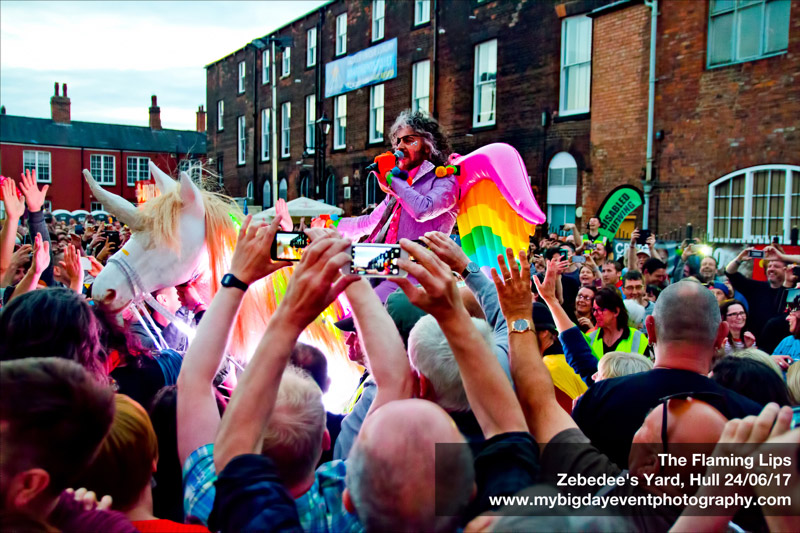 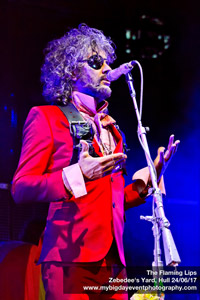 The balloons having been pretty much eliminated by the end of “Race For The Prize”, singer Wayne Coyne (QRO interview), dressed in crimson velvet, was joined on stage by several large inflatable characters for a glorious “Yoshimi”. For the first time ever I missed loads of shots because I was busy singing along. When “There Should Be Unicorns” trotted in, Coyne rode a ten-foot luminous equine monocerous into the crowd. It was a dangerous thing to attempt and the only safety gear with which he was equipped were some inflatable rainbow wings and a pair of fluffy green crocodile feet. If it all sounds a bit predictable then all I can do is promise you that it was great. The unicorn completes a full circuit of Zebedee’s Yard and Coyne dismounted.

After that it all got a bit weird. 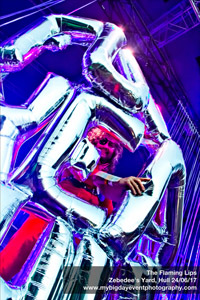 The hamster ball came out for a strangely poignant “Space Oddity”, and there was a giant rainbow, more confetti cannons than you can shake a stick at, and a large inflatable “Fuck Yeah Hull” sign, which has a much more pleasing symmetry than the previous night’s bottom-heavy “Fuck Yeah Glastonbury”.

What’s most important though is that at no point in the whole bizarre process did the quality of the performance ever slip below fantastic. There may have been a lot of nonsense in the air, but it wasn’t allowed to compromise the music.

“The Yeah Yeah Yeah Song” was a huge sing-along and Coyne seemed pleasantly surprised at how many people were able to join in with verses as well as chorus. The show wound up with a storming “She Don’t Use Jelly” and a tender and lovely “Do You Realize”, which has the crowd singing as they left. 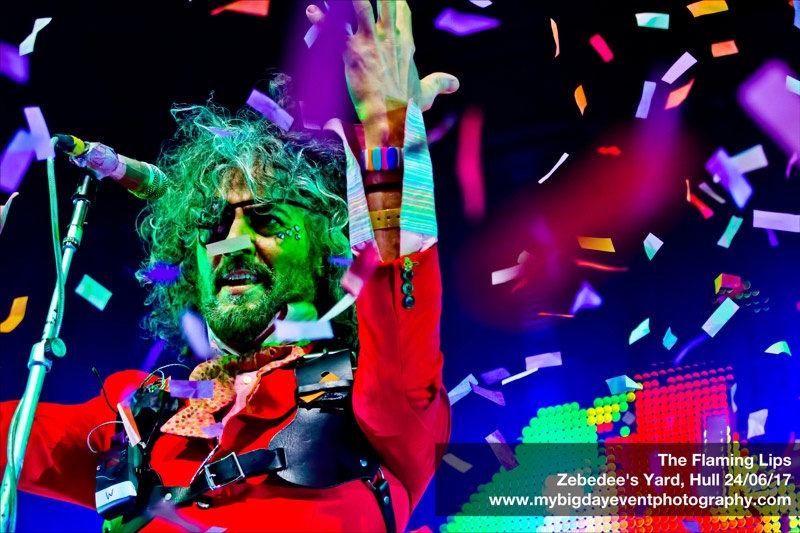