You can take the boy out of Jersey, but you can’t take the Jersey out of the boy.... 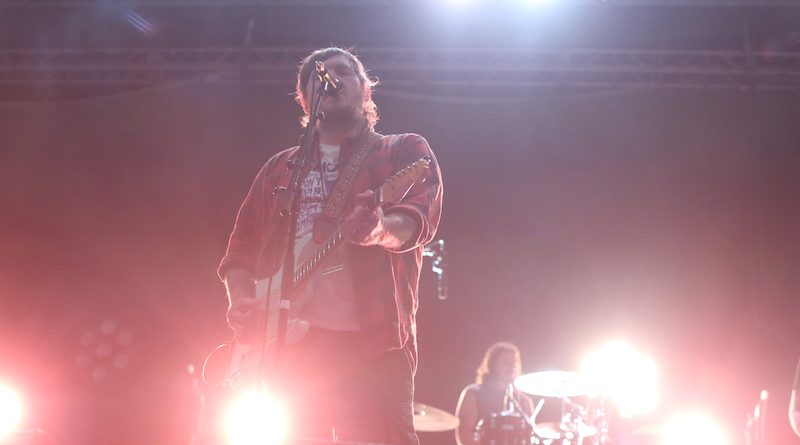 Photos of Brian Fallon of The Gaslight Anthem at 2015 Newport Folk Festival in Newport, RI

Photos of The Gaslight Anthem at 2015 Radio 104.5 Winter Jam in Philadelphia, PA

QRO’s review of The Gaslight Anthem, playing Get Hurt, at John Varvatos Bowery in New York, NY on August 7th, 2014

Photos of The Gaslight Anthem at 2014 Shaky Knees Festival in Atlanta, GA

Photos of The Gaslight Anthem at 2013 Boston Calling in Boston, MA

Photos of The Gaslight Anthem at 2013 Osheaga Music Festival in Montreal, PQ, Canada

QRO’s review of The Gaslight Anthem at Irving Plaza in New York, NY on July 27th, 2013

QRO’s review of The Gaslight Anthem at Music Hall of Williamsburg in Brooklyn, NY on May 16th, 2012

Photos of The Gaslight Anthem at 2010 Osheaga Music Festival

Photos of The Gaslight Anthem at Roseland Ballroom in New York, NY on June 14th, 2008

You can take the boy out of Jersey, but you can’t take the Jersey out of the boy. A big part of The Gaslight Anthem’s appeal is their unabashed Jersey roots, working class rock and working class emotion. Yes, comparisons to Bruce Springsteen have been made. Ten years ago, they were reinventing Jersey rock, only to go into a hiatus in 2015 as frontman Brian Fallon made some solo records (QRO solo album review) & tours (QRO solo photos). But 2022 has seen The Anthem return, with a rocking, touching, and funny show, across the Hudson River at The Rooftop at Pier 17 on Wednesday, September 28th.

Opener Jeff Rosenstock (“The only person who ever made Pitchfork say ska is cool” according to Fallon) referred to the place as “boujee”, and indeed the upscale rooftop venue is (QRO venue review), jutting into the East River just a dock north of South Street Seaport (QRO venue review), clean lines and cool lights, their own video work on their big screens & high-end drink prices. Maybe it was a little unusual for the Jersey boys, whether on stage or in the crowd, but at least some of them have moved to NYC [like your correspondent, whose dad still teaches at Rutgers in New Brunswick, the hometown of The Gaslight Anthem]. Indeed, the Big Apple looms large in a number of Fallon’s songs, and he noted how the Empire State Building loomed large over them this night, even though none of the buildings you could see were actually that icon.

But Fallon had a lot of jokes & stories to tell, rambling in a charming, if seemingly drunk, way. He talked about how Rosenstock went to Hanukkah at drummer Benny Horowitz’s house – but Fallon gets Springsteen at his place on the Jersey Shore. Hoping to see The Boss was a running joke with Fallon, noting that even the New Yorkers in the crowd had gone to Jersey shows, hoping to see Springsteen – the icon wasn’t there, but “no refunds.” “No refunds” was another running joke of Fallon’s, noting that, “My kid’s gotta eat.” At one point Fallon took from the crowd a lit-up sign from fans who wanted The Gaslight Anthem to play their wedding; while he loved the sign, Fallon hates weddings. There were also comments about being an adult and worrying the person you love is going to try to kill you, a mouth fungus he got “Colorado-ing,” and announcing that New York Yankee Aaron Judge had just hit his 61st home run, which tied the American League record (set by famed Yankee Roger Maris – and became special again after we learned the nineties National League record-breakers had likely been juicing).

All this talk isn’t to take away from the music (one fan seemingly tried to get Fallon to “get on with it,” to which Fallon corrected him, “What is this, your first show?”). Their songs range from the rocking to the heartbreaking, but always have a strong vein of authenticity running through them. One went from fist in the air for “Old White Lincoln” from 2008’s The ’59 Sound right to the emotional crush of “The Spirit of Jazz” off of 2010’s following American Slang (QRO review). The show even dipped into covers with Mother Love Bone’s “Chloe Dancer” and Pearl Jam’s “State of Love and Trust” back-to-back, because they definitely grew up on Seattle grunge. And there were a number of relative rarities only found on bonus editions or such, from opener “Have Mercy” to “Halloween” (the song about worrying the person you love is going to kill you). But the band still closed it big with classics such as “American Slang”, “Great Expectation”, “National Anthem” & ““45”” off of 2012’s Handwritten (QRO review), and “The ’59 Sound” to finish out the night on a high.

Hopefully after this tour we’ll be looking at new record from The Gaslight Anthem, which would be their first since 2014’s Get Hurt (QRO review). But whenever, wherever they are, they’ll always be Jersey.