The Good, The Bad & The Queen – Merrie Land

Damon Albarn’s revived his pseudo-supergroup The Good, The Bad & The Queen in Merrie Land, for his somber and melodic side.... 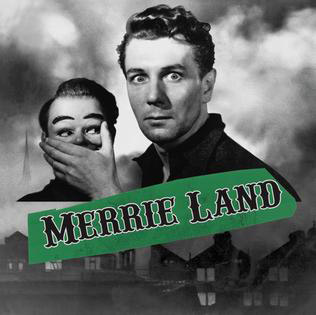 Damon Albarn has well since become recognized for more than just fronting quintessential Britpop outfit Blur. Indeed, there are many who know him primarily for his work with a slew of heavy-hitters of hip-hop & more (including animation) as Gorillaz. There is his first solo album, 2014’s Everyday Robots (QRO review), plus earlier concept pieces such as Monkey: Journey To the West (QRO review). And now he’s revived his pseudo-supergroup The Good, The Bad & The Queen in Merrie Land, for his somber and melodic side.

Yes, there is no “Song #2” or “Whoo-hoo!”, as instead Albarn, Tony Allen, Paul Simonon, and Simon Tong instead have much more languid pace. Though there is a decided journey aspect to Merrie Land – not Journey (or Journey…), but a sweet relax on such pieces as “Gun to the Head”, “The Truce of Twilight”, and closer “The Poison Tree”, and a wistful sorrow to tracks like “Merrie Land” and “Ribbons”. While the tempo rarely changes, the mood does, from the almost Albarn doing his version of a Paul McCartney ditty on “Gun” to the rambling spoken word terror over tones “The Last Man To Leave”.

It’s been over ten years since we last saw The Good, The Bad & The Queen, on their self-titled release (QRO review). Back then, it was a bit of a shock for the high-energy Damon Albarn to go low-key. But now it can be appreciated as another side of a very accomplished and skillful musician.