Brooklyn welcomed the opening of The Hall at MP....

On Thursday, June 9th, Brooklyn welcomed the opening of The Hall at MP. Located on 470 Driggs Avenue, the space is attached to Greek restaurant MP Taverna’s new Williamsburg location, and is run by Michelin Star-winning chef Michael Psilakis. The event had great free food, free drinks, music from Jackie Greene & The Hollows, burlesque girls, and more. 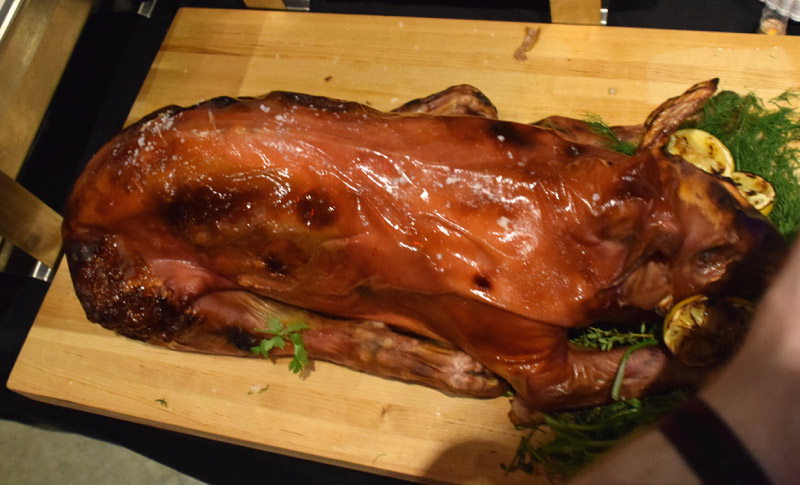 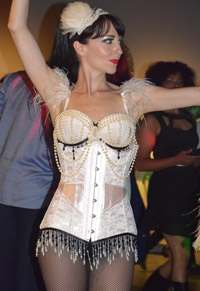 First things first: great food on offer, with a literal suckling pig being carved up right in front of you. And like the food, the drinks were classy, with the bonus of them being on tap, seriously reducing the wait time for a Moscow Mule (a definitely up-and-coming revival drink that goes back to the fifties). And yes, there were burlesque girls with feathers (your correspondent felt iffy about photographing them, but it is an art form…). The place was packed, to the extent that one really needed more air conditioning. 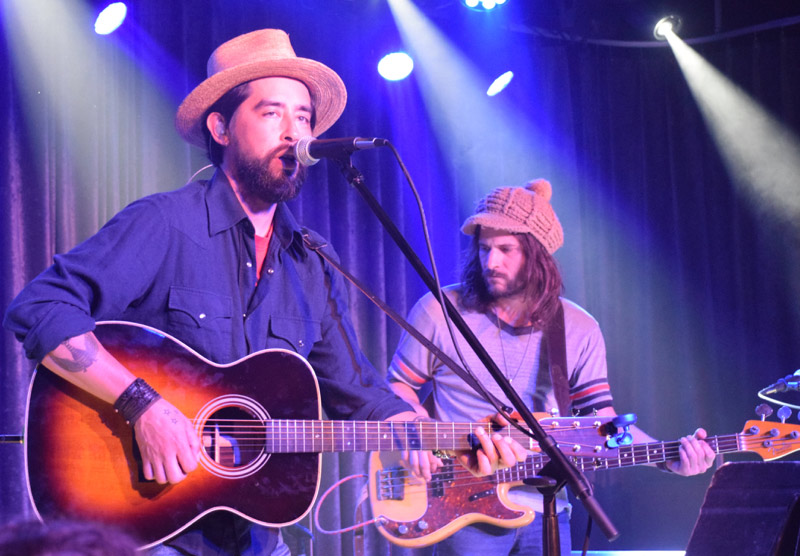 When The Black Crowes’ Jackie Greene took the stage, at first he didn’t seem that into it, but lit up as his performance went on (and was well-lit on the stage, though it’s a little low for a venue of this size & depth). Unfortunately, the crowd did thin once the food wrapped up (but the drinks didn’t). That didn’t mar The Hollows, who still gave it their all (and they get paid either way…). 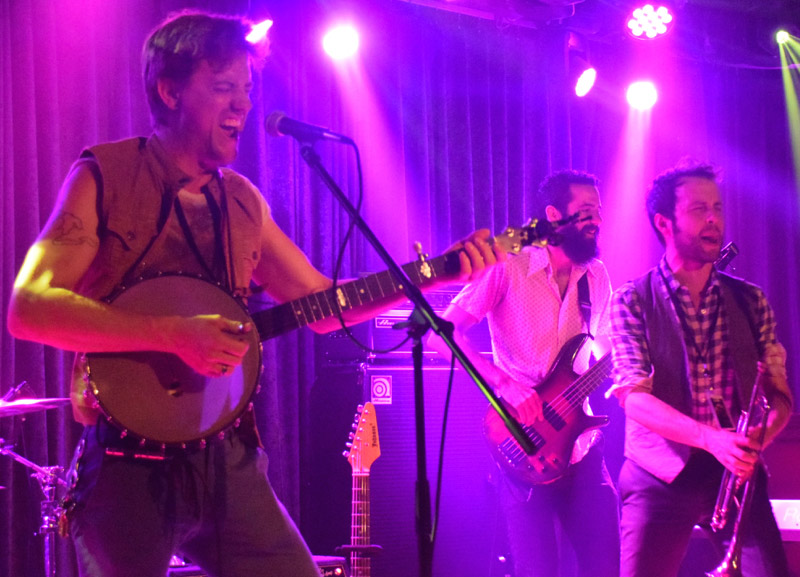 Brooklyn’s music venues are always in flux, but that’s more due to it DIY spaces such as Death By Audio (QRO venue review) and Glasslands (QRO venue review) getting priced out of their spaces by Williamsburg gentrification (in their cases, the arrival of the new Brooklyn offices of VICE). Such is the way of a city that is actually doing well economically (would you rather there be more warehouses being abandoned, a-la Detroit?…), and now upscale music venues are coming to the borough, such as The Hall at MP.