QRO's spotlight dresses up and gets down for The Hives.... 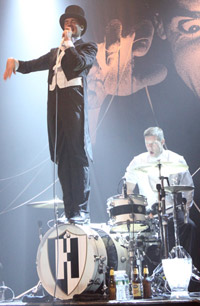 QRO’s spotlight dresses up and gets down for The Hives.

Photo gallery from C-Halle in Berlin, Germany on November 20th, 2012

Photo gallery from Big Day Out in Perth, WA, Australia on February 2nd, 2014

Livestream review of the New York stop on their ‘World Wide Web World Tour’ from Stockholm, Sweden on January 23rd, 2021

Featured in preview of Levitation at Mohawk in Austin, TX on October 31st, 2021