The I Don’t Cares – Wild Stab

It's great to see Paul Westerberg back in the saddle.... 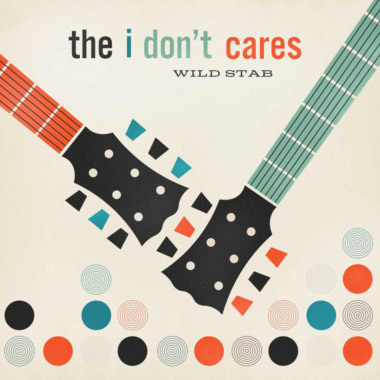 Paul Westerberg made his name in the eighties fronting iconic punk act The Replacements (QRO deluxe edition re-releases review), but while his solo career started brightly in the alt-nineties (“Dyslexic Heart” was the theme song to quintessentially nineties film Singles), it petered out as the artist did less and less. A few years ago he and Replacements bassist Tommy Stinson (QRO solo album review) brought their band back for a benefit release for guitarist Slim Dunlap (QRO review) and then a big name reunion tour that ended last year (QRO photos from final performance). Now he teams up with songstress – and nineties icon in her own right – Juliana Hatfield (QRO spotlight on) as The I Don’t Cares, with Wild Stab.

At sixteen tracks, Wild Stab is overstuffed, and does have the lo-fi feeling of an album recorded quickly, but it’s great to see Westerberg prolific, and even in his ‘Mats heyday, he was well-versed in garage-rock. And Wild Stab is decidedly a Westerberg release, with Hatfield only taking front duties sparingly, but she knows how to do team-ups, like with Matthew Caws of Nada Surf as Minor Alps (QRO album review). The garage sound on Stab varies from some sadder fare (closer “Hands Together”) to whoppin’ garage-rock (preceding “Done Done Done”), and definitely peaks in its back half with songs like those two and single “King of America” (QRO review).

Who knows whether anything more will come from this pairing – Westerberg is notoriously mercurial – but it’s great to see him back in the saddle.