The Jesus and Mary Chain

It’s perhaps quite appropriate that we were stood in front of the altar in a converted church.... 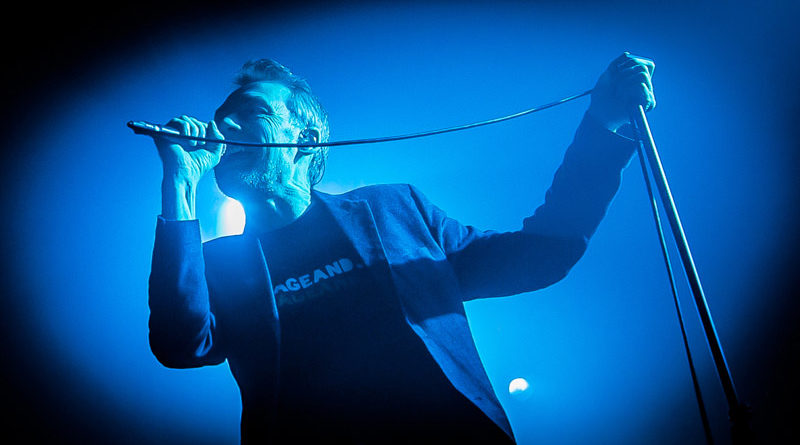 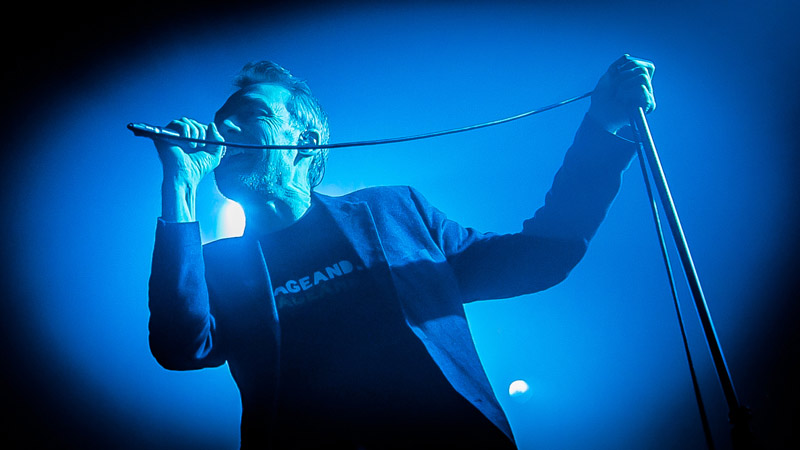 Click here for photos of The Jesus & Mary Chain at 2016 Day For Night Festival in Houston, TX in the QRO Concert Photo Gallery

Click here for photos of The Jesus & Mary Chain at Terminal 5 in New York, NY on September 24th, 2015 in the QRO Concert Photo Gallery

Click here for photos of The Jesus & Mary Chain at 2015 FYF Fest in Los Angeles, CA in the QRO Concert Photo Gallery

Click here for photos of The Jesus & Mary Chain at 2015 Levitation Festival in Austin, TX in the QRO Concert Photo Gallery

Click here for QRO’s review of The Jesus & Mary Chain at Rock City in Nottingham, U.K. on February 22nd, 2015

Click here for photos of The Jesus & Mary Chain at 2012 Osheaga Music Festival in Montreal, PQ, Canada in the QRO Concert Photo Gallery

Click here for photos of The Jesus & Mary Chain at SXSW 2012 in Austin, TX in the QRO Concert Photo Gallery

It’s perhaps quite appropriate that we were stood in front of the altar in a converted church in Leeds on Monday, March 27th. While the religious connotations associated with their name might have little bearing on the music, The Jesus & Mary Chain have amassed a loyally devoted band of followers over the past three-and-a-half decades. Many of whom’s perception on music would have changed dramatically from the outset of the band’s career thanks to Psychocandy, one of the last true game-changing records to emerge from the U.K.’s fervent underground. Released amidst a tidal wave of synthetic pop and saccharin drenched soul, it kicked open the doors for a multitude of bands to form around the world, crossing boundaries and pushing limits in its wake.

Nevertheless, that was almost thirty-two years ago and while it remains a defining moment in both its creators and guitar music’s history, The Jesus & Mary Chain have never been ones to rest on their laurels since. Each of the band’s subsequent releases heralded the dawning of a new era and while each one intrinsically bore their trademark sound – or rather Jim Reid’s unmistakeable drawl and brother William’s six string raucousness – they’ve continually strived for change when it would be easier to just make the same record over and over again.

Of course their career has been a chequered one at times, most notably due to the relationship between the two Reid brothers, which can often be described as fraught at best. Culminating in 1999’s split after sixth LP Munki, an album not afraid to rage against the zeitgeist of the time and one that actually sounds more current today than it did upon release some eighteen years previous. So after initially getting back together for a one-off performance at Coachella in 2007, we’re here ten years later for what’s not only been a full blown reunion, but also to commemorate the release of their first new album in nearly two decades.

This day saw the release of Damage and Joy (QRO review), their first long player since the aforementioned Munki, and while not exactly reinventing the wheel, it does everything you’d expect a Jesus & Mary Chain record to, and more besides. Before they took to the stage, it was left to John Robb’s Membranes to open proceedings, another band who’ve never been influenced by scenes or trends throughout their own forty years of existence. Uncompromising and occasionally uneasy listening, they were an apt choice of support and one that sets the scene intently. Playing a set mostly consisting of songs from 2015’s Dark Matter/Dark Energy, The Membranes’ first album in over a quarter of a century. It was an eventful and equally raucous forty minutes that saw guitarist Nick Brown leave the stage for nearly half the set, having broken several strings. One song was dedicated to former Chameleons drummer John Lever who sadly passed away earlier in the month, while Robb’s quip about, “The Mary Chain selling hundreds of thousands more records than our band,” brought about a shout of, “It’s about quality not quantity,” from one enthusiastic punter out front. Still as invigorating as when they emerged during the first wave of punk back in 1977, The Membranes continuous refusal to conform being what keeps them alive, and ultimately one of the most dangerously vital bands around in the current climate. 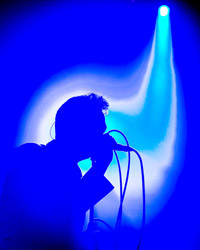 As clouds of dry ice and smoke engulfed the stage, it was difficult to pick out who was who as the Jesus & Mary Chain took their positions, Jim Reid the only one casting a prominent shadow dead centre. Opening the set with “Amputation”, also the first track on their new LP, many bands would have probably used such a tour to showcase their current record to the maximum. But not the Mary Chain. Instead, only four songs off Damage and Joy made it onto the initial fifteen-song setlist. Playing a career spanning set that sees a welcome return for “Cherry Came Too” off “Darklands” alongside perennial live favourites “Head On” and “Far Gone And Out” plus “The Hardest Walk” from Psychocandy and a plethora of big 45s that all graced the singles chart back in the day when guitar bands gatecrashed the mainstream. The addition of The Black Ryder’s Scott Van Ryper on guitar duties alongside William Reid gave them a crisp edge, while Jim Reid, normally a man of few words between songs on stage, offered several quips of his own throughout the set.

Although they played nothing off the last two records from their first incarnation (Stoned & Dethroned and Munki), it was the likes of “Some Candy Talking” and “Reverence” that resonated the most with a lively, vibrant audience, many of whom probably hadn’t had so much fun on a Monday night since the last time the Mary Chain put out an album. More importantly, the new songs aired this evening all sounded like stone cold classics in waiting, particularly “Always Sad” where William Reid’s girlfriend Bernadette Denning joined his brother onstage to provide a vocal duet, and the incendiary “All Things Must Pass” which has been a staple of the band’s set for some time now.

They returned for a six-song encore that’s actually longer than the band’s sets were back in the day. “Nine Million Rainy Days”, another rarely played song off Darklands kicked things off before a barrage of Psychocandy’s finest moments roll backed the years impeccably. Bernadette Denning returned to provide backing vocals on “Just Like Honey” before the excitable squall of William Reid’s guitar paved the way for a triple sonic assault that saw “The Living End”, “You Trip Me Up” and “Taste Of Cindy” segue effortlessly into one another. Finishing on a song off the new record might be seen as a brave move by some, but being the contrary souls that they are, the desultory tones of “War On Peace” served as an admirable parting gesture from one of this (and the previous) generation’s finest exponents of rock and roll.

In the desolate wasteland of 2017 where music has become a safe and sanitised commodity, the re-emergence of a revitalised Jesus & Mary Chain is as necessary now as it was back in the mid 1980s. Welcome back! 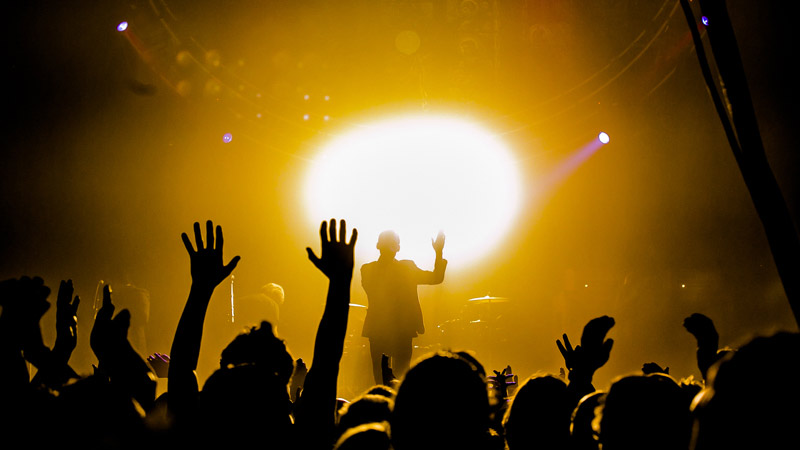