As we barrel towards the futuristic year 2020, we’ve started getting nostalgic for the decade prior.... 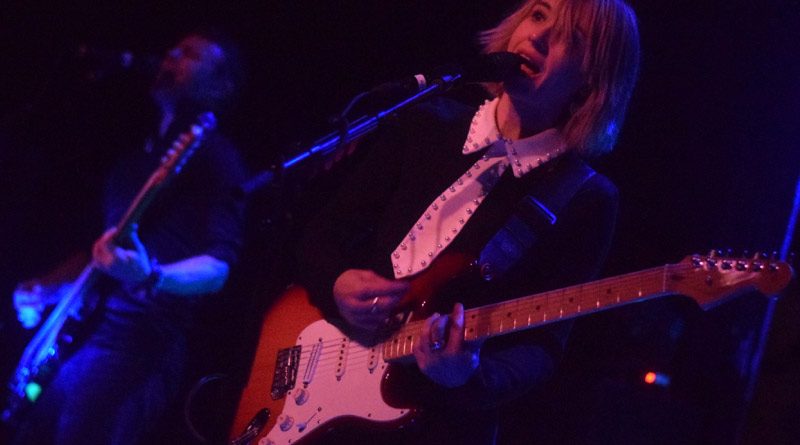 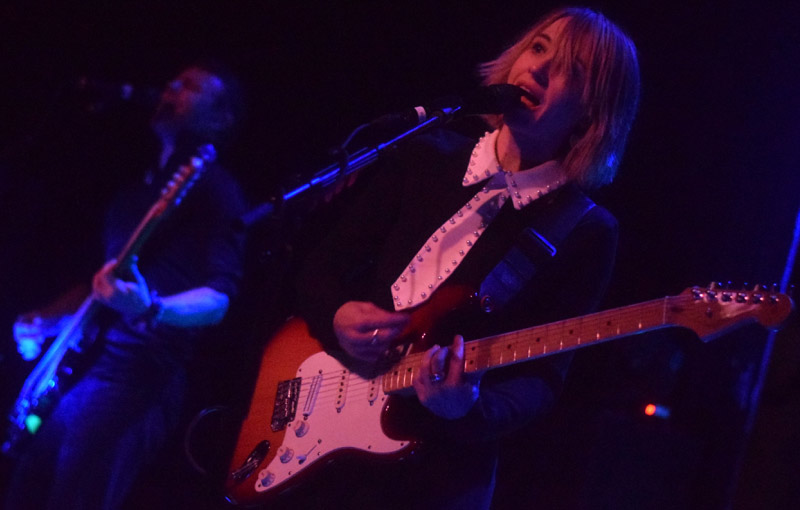 Click here for photos of The Joy Formidable from December 5th, 2019 at Rough Trade NYC in Brooklyn, NY in the QRO Concert Photo Gallery

Click here for photos of The Joy Formidable from December 6th, 2019 at Rough Trade NYC in Brooklyn, NY in the QRO Concert Photo Gallery

As we barrel towards the futuristic year 2020, we’ve started getting nostalgic for the decade prior, the one we never named, when the President wasn’t terrible for being a racist misogynist, but terrible for starting unnecessary wars, when cable was killing network TV as opposed to streaming killing cable, when musicians worried about iTunes and not Spotify. Ten years might be a short time to do an anniversary tour of a record, but it’s worked for the likes of Ra Ra Riot (QRO Ra Ra Riot 10th anniversary live review) and just recently Matt & Kim (QRO Grand 10th anniversary live review). Welsh trio The Joy Formidable embarked on their own tenth anniversary tour, of debut EP A Balloon Called Moaning (QRO 10th anniversary deluxe edition review), coming to Brooklyn’s Rough Trade NYC (QRO venue review) for two nights, Thursday & Friday, December 5th & 6th. 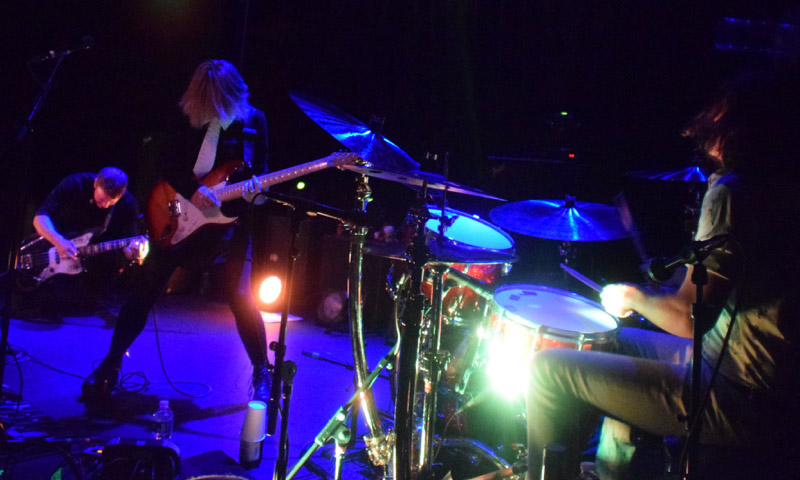 A Balloon Called Moaning is a truly epic record, whether played in a massive space like Terminal 5 (QRO live review there) or a much smaller one such as Rough Trade. Starters “The Greatest Light Is the Greatest Shade” and “Cradle” set a high opening bar on the album and live, but were a great way to jump the crowd into things right from the get-go. But playing Balloon, in track list order, meant also playing rarely played songs, such as “While the Flies”. 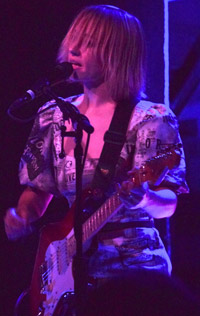 Indeed, on Friday night singer/guitarist Ritzy Bryan and bassist Rhydian Davis and got into a hilarious argument over whether they’d played it before live in America. The real-life couple’s banter devolved into him calling her a “cherub,” which she actually liked – and Bryan also told the crowd not to worry, that they always argue like this because they’re British, “We can’t just talk to each other normal. Everything’s a putdown.” Like many British acts not from London, The Joy Formidable have great on-stage back-and-forth, unable to take the whole thing seriously. On Thursday night, Bryan told of how difficult it was for them at the start, first releasing Balloon through a Japanese label. Davis pointed out that they never knew how to, “Play the game,” with which Bryan responded, “What game? Scrabble?” 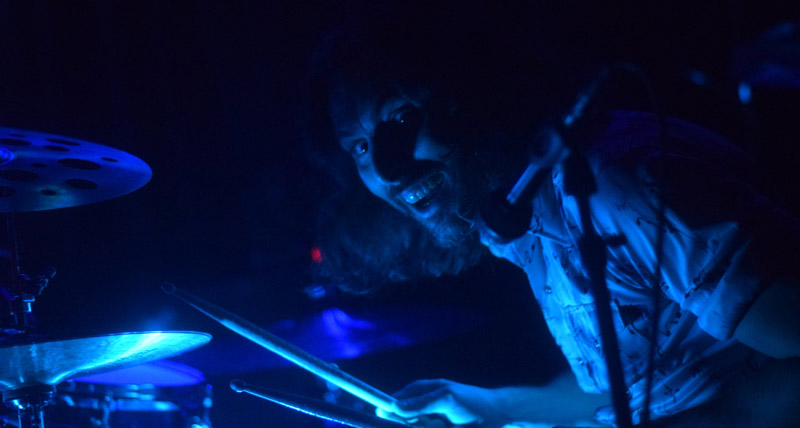 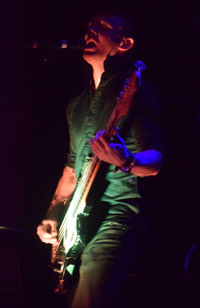 Admittedly, some of the less-played Balloon material doesn’t feature on live sets for a reason, like going from the great expanse of “Whirring” to the quiet, tragic love of “9669”, a momentum sab before the “all around me” of “The Last Drop”. And the jump from Balloon closer “Ostrich” to “Y Bluen Eira”, from their most recent record, last year’s more hard rock (even metal) AARTH (QRO review), was a bit stark. Unfortunately, live there were no acoustic Welsh versions of Moaning, which made up the back half of the deluxe edition release. There was the new “Passerby”, a better fitting hard guitar rock piece – and a version of “The Leopard and the Lung” from 2013’s Wolf’s Law (QRO review) that was stripped to Davis on vocals & piano, plus drummer Matthew Thomas on glockenspiel (“Glockenspeil & pan flutes on the next record,” said Bryan). The first night’s encore return started with another rarely played piece, “Anemone” from 2011’s The Big More, which Bryan compared to the dark playwright John Webster. Both nights ended with The Big Roar’s (QRO review) grand “The Everchanging Spectrum of a Lie”.

The past can be seen through a rose-colored rearview mirror, remembering the highlights and not the lowlights. As tough as things seem right now, we aren’t having to deal with birtherism, Hurricane Katrina, 9/11, or impeachment (wait…). In music, it’s easy to look back on all the great music back then and not the less-great – Thomas joked in the first night about learning Jamiroquai when he started drumming, and the second night somehow segued into doing some Phil Collins. But it was great to once again enjoy A Balloon Called Moaning. 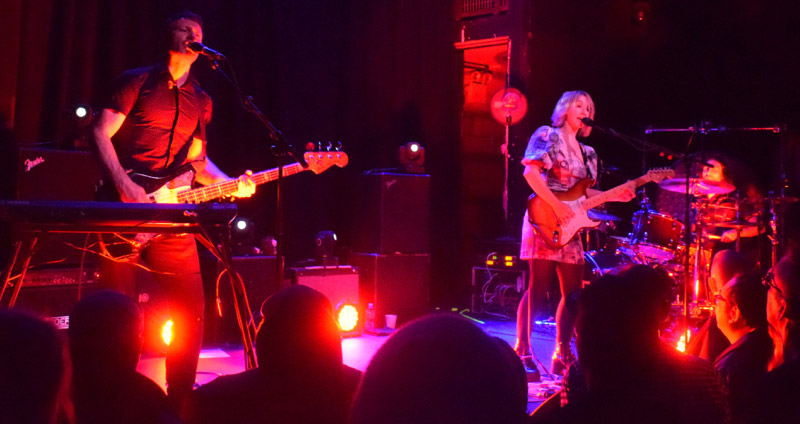