Ever since they emerged from northern Wales, The Joy Formidable have reached for grandeur. ... 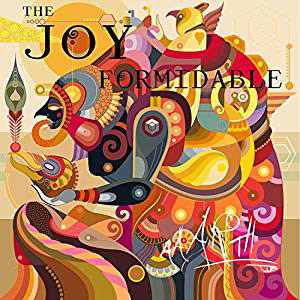 Ever since they emerged from northern Wales, The Joy Formidable have reached for grandeur. By this point, sometimes that has repeated itself, but 2016’s Hitch (QRO review) went for more. AAARTH doesn’t reach that height, and even goes a little bit metal, but is still big.

Named after the Welsh word for ‘beer’, AAARTH still sounds like the name to a heavy metal record, and both opener “Y Bluen Eira” and closer “Caught On a Breeze” do have a distinct hard rock edge & sound. But there are also more strictly grand moments such as “The Wrong Side” and “Dance of the Lotus”, with the evocative penultimate “You Can’t Give Me” a standout. And there are pieces that shift against this tide, like the dark echo “Cicada (Land On Your Back)” and piano-led atmosphere “Absence”.

At this point in their career, The Joy Formidable aren’t going to reinvent their sound, and if there are more moments where one wants to throw up a ‘devil’s horns’ hand sign on AAARTH, that’s just more rawk.