The Joy Formidable showed a new side when they played a special acoustic show.... 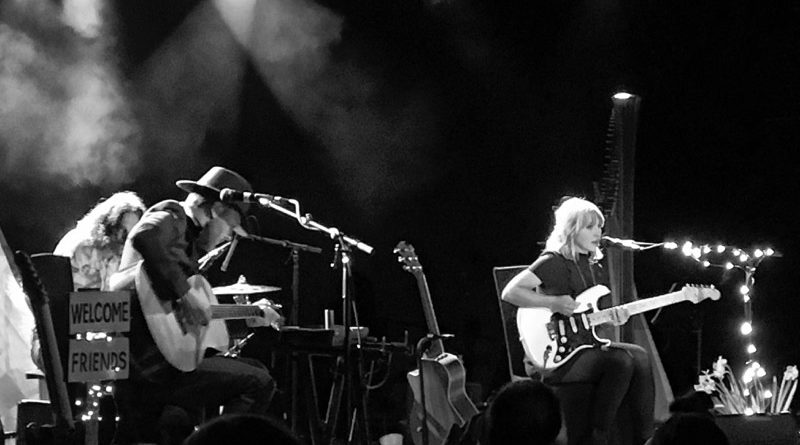 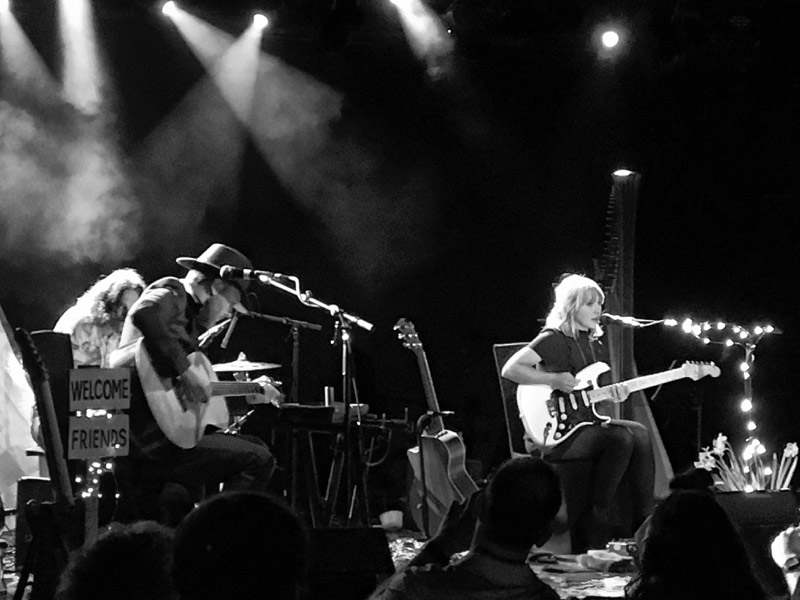 There are some acts that you love, and you love to see, but after catching them a number of times, the shows start to feel the same. This is particularly the case with more recent acts, those that don’t have decades of material to mix it up with. Also happens mostly with local acts, but if you’re in New York or London, it can happen with any artist, as everyone plays those centers of the world many times. QRO loves The Joy Formidable, has covered them many times, but got to see them in a new & different light when they played acoustic at New York’s (le) Poisson Rouge on Wednesday, March 1st.

Well, it wasn’t strictly acoustic, as the instruments were plugged in, but played lightly. Not just drummer Matt Thomas but also singer/guitarist Ritzy Bryan and bassist Rhydian Davies were sitting, as was the main stage floor area of (le) Poisson Rouge (QRO venue review), as it sometimes is for shows like this. However, the group did not skimp on the instruments, with a full drum set for Thomas (even if he would often just play the box he was sitting on), a harp for occasional guest-harpist Stefanie Babirak, and even a teepee in the back for full mood setting (indeed, the set opened to house music of crickets).

A band with such grand sonic style as The Joy Formidable at first glance would seem a poor choice to transition to acoustic, but in fact it worked quite well. Epic songs like opener “The Everchanging Spectrum of a Lie”, “This Ladder Is Ours”, and “A Heavy Abacus” showcased emotional power, rather than sonic, done acoustic. The intimacy allowed the group to even do some covers, including Elvis Costello’s “Lip Service”, and the theme song to Twin Peaks.

The quiet intimacy also enabled the band to particularly banter, something they have always excelled at (and not just because of their accents). Bryan introduced the Costello cover by mentioning that it was the first act she’d ever seen, in which her parents used her to smuggle in a recorder for (old school) bootlegging. Thomas said that his first band was Fun Lovin’ Criminals (QRO much more recent U.K. live review), but interspersed the conversation with a sample from Smashmouth’s “All Star”, because, “You never know when you’re gonna need a Smashmouth sample in a gig…” At the start of their encore return, just before playing the Twin Peaks theme song, they discussed how the television show is coming back, thankfully with original creator, David Lynch, unlike many other sucky sequels & reboots.

Then there was Bryan’s description of the first time they played NYC, and how everyone had told them that NYC crowds, like London crowds, were hard to impress and not that receptive, but they’d found that anything but the case (while Scotland & Ireland audiences are actually better behaved). However, their first NYC show, in 2010 at Terminal 5 (QRO venue review), the crowd had cleared out when they came on – but that was because someone in the middle of the front had puked at the start of their set (something QRO remembers well, having been at that show & seen it from the photo pit – QRO live review). “That was me!” joke shouted a fan at (le) Poisson Rouge. There was also mention of it being Wales’ St. David’s Day, Bryan wanting a lot less of Davies in her monitor (“No offense…”), and a sound error that they pointed out proved they were live, and not just shoving a USB stick into a computer (“When’s that coming, when we can shove a USB stick?” “Never!”).

The second-to-last date on this short acoustic tour, before they head to the studio to record their next record, it was a great, special way to see a new side of a beloved act. 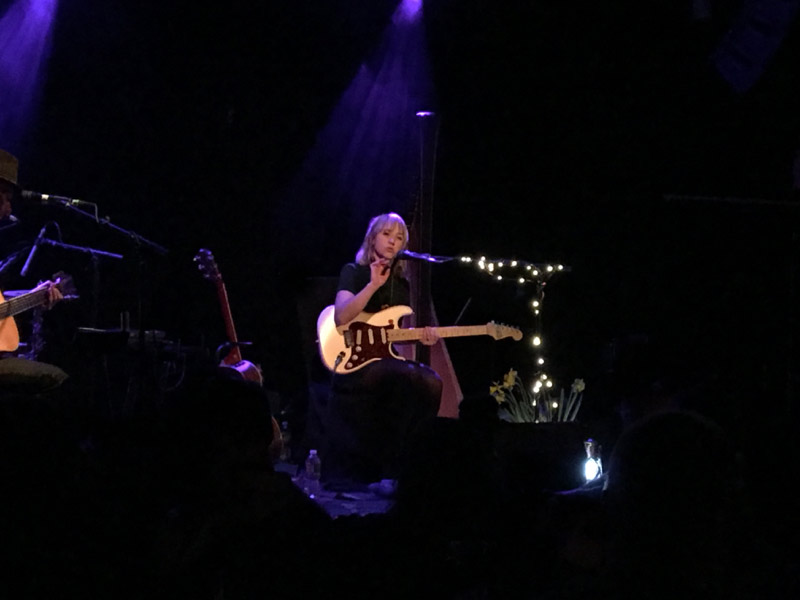