The Joy Formidable came to New York’s Irving Plaza at the end of this leg of their tour behind the just-out 'Hitch'.... 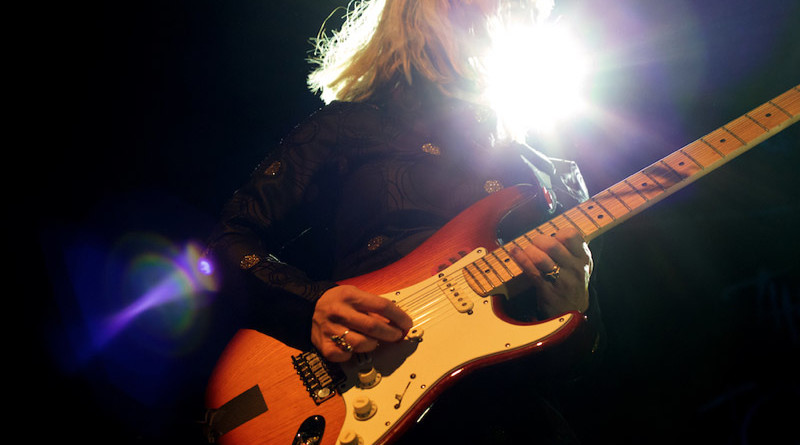 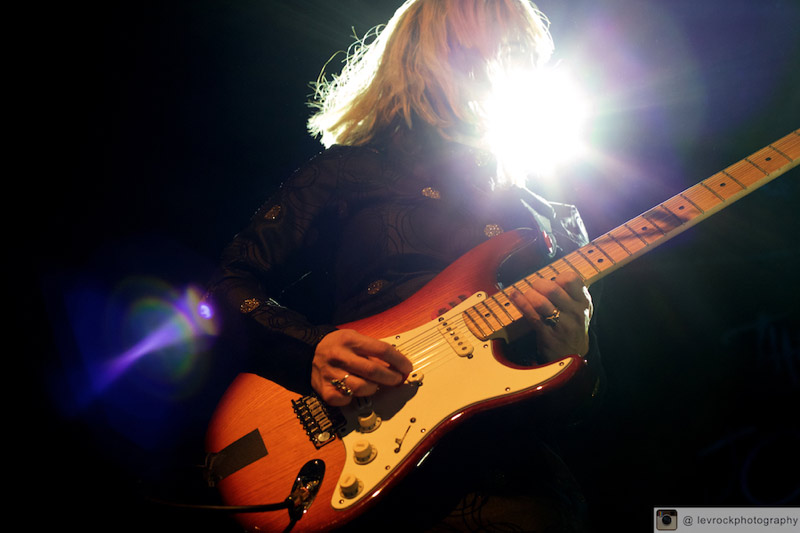 The Joy Formidable came to New York’s Irving Plaza on Thursday, April 14th, at the end of this leg of their tour behind the just-out Hitch (QRO review). The group has always had tons of energy on stage, but this show/tour felt particularly energized, being their first for the album, after a long time in the studio. And this show had some special extras.

Beginning early, before the scheduled start-time – either Irving had the wrong start time or one just couldn’t hold the Welsh trio back – The Joy Formidable did start with two epic staples, “The Greatest Light Is the Greatest Shade” (from 2011 debut full-length The Big Roar – QRO review) and “This Ladder Is Ours” (of 2013 follow-up, Wolf’s Law – QRO review), but then kicked into a new piece not on Hitch, “Passerby”, another extended number [thankfully for QRO’s photographer, who made it into the photo pit late thanks to the early show start…], if a bit more psych-rock for the band (at least live). There was new Hitch single “The Last Thing On My Mind”, but following was a song from their very first EP, A Balloon Called Moaning, “Ostrich”.

A good chunk of the strength of a Joy Formidable show comes from the band’s energy, and not just singer/guitarist Rhiannon Bryan and bassist Rhydian Dafydd Davies (QRO interview) jumping around on stage. The trio wisely puts drummer Matthew Thomas up front, letting not only his own energy shine, but also his interactions with the other two (QRO interview of all three). And, of course, there’s the hilarious banter from Bryan; this night included a description of touring with the other two, “A non-stop party – other times it’s like a party you wish you’d never gone to…”, and pointing out that not only had Thomas personally pixelated all the penises in the video for “Last Thing”, but that afterwards he found an app that could have done it, “But some things have to be a labor of love…” Bryan even complained about herself, that she was talking more than playing (not that anyone else minded…). 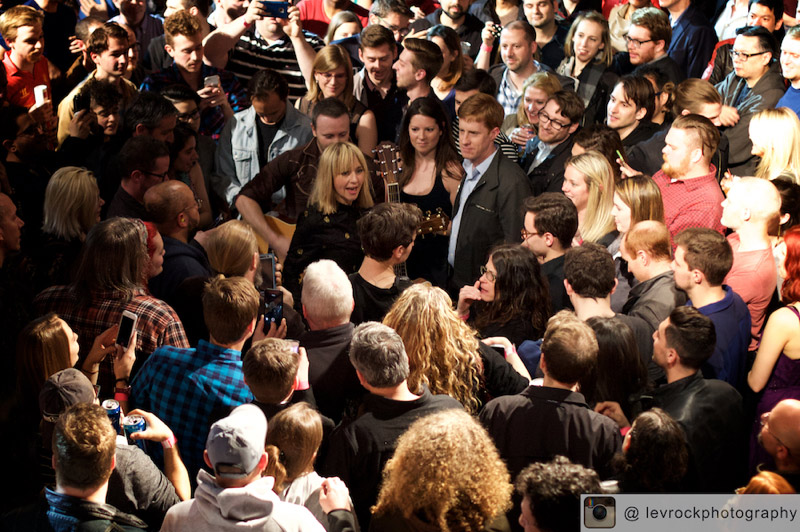 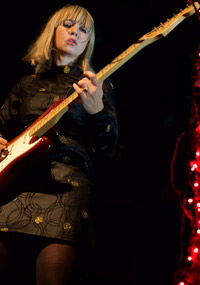 Bryan noted that again when the band returned for an encore, when she started to explain what they were about to do, and someone in the crowd yelled, “Just do it!” – and Bryan concurred. But what they were about to do was particularly special, playing Hitch’s “The Brook” acoustic from inside the crowd. A loud show up to this point, Bryan & Davies were also heading into a packed crowd (made thicker as something like a third of Irving Plaza’s space – including the entire balcony – is reserved by LiveNation policy for VIPs/paid upgrades – QRO venue review), but the crowd quieted down and the band pulled it off. The evening closed with Hitch’s great “Radio of Lips”, Wolf’s’s “The Leopard and the Lung”, and audience request/drink special “Whirring” (from Moaning). 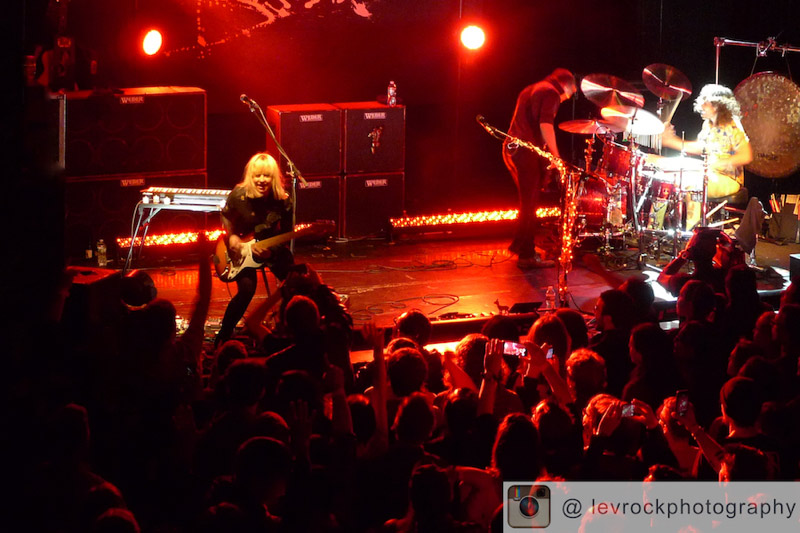