A record that’s so quintessentially Killers in all ways, good and bad.... 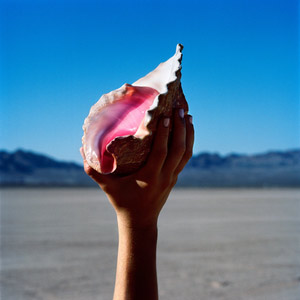 The Killers have long been a band that wears its heart on its sleeve. From their initial breakthrough a decade-plus ago to today, soaring guitars and Brandon Flowers emoting lyrics can verge on parody, Springsteen but with synths instead of a working-class following. Wonderful Wonderful continues this in even grander fashion, for a record that’s so quintessentially Killers in all ways, good and bad.

The good includes that an album named Wonderful twice is not a forgettable release. Every track has clear intentions, crystal clear, making for a memorable epic nature. Indeed, too epic, as not having any filler song makes the grand torch nature overwhelming and repetitive at times. But The Killers most certainly did not phone this one in.

How one feels about Wonderful can vary, from how much credit and honesty one is willing to give the band, and Flowers in particular. “The Man” is an over-the-top, but presumably/hopefully mocking, disco take on anyone who refers to himself as “The Man”. “Run for Cover” namechecks Sonny Liston and “Redemption Song” in its drive to modern Springsteen, but actually works. And while “Tyson vs. Douglas” is a tribute to the convicted rapist & ear-biter, who lost to the underdog in a true David vs. Goliath moment – to be fair, Flowers is from Vegas where boxing & Tyson are big – but once one gets past who its tributing (which apparently everyone has since The Hangover, though maybe will get revisited in post-Weinstein Hollywood), it’s memorable and effective.

But there are also times when it just doesn’t work, particularly near the end. “Out of My Mind” namechecks Springsteen and McCartney, but has cheesy nighttime synths in this anthem attempt. “The Calling” randomly opens with Woody Harrelson reading a Bible verse, for their kind of country-blues tough. And “Have All the Songs Been Written?” comes out of the title of an e-mail Flowers sent Bono, who replied that it would be a good song title, and fits totally into U2’s current attempt to be inspirational (and relevant) again.

So Wonderful Wonderful is even more Killers-like than the band has ever been before. By this point, if you’re listening to anything since debut Hot Fuss, you know what you’re getting into with the band, and are at least getting 110% of that.