The Kills know what they’re doing.... 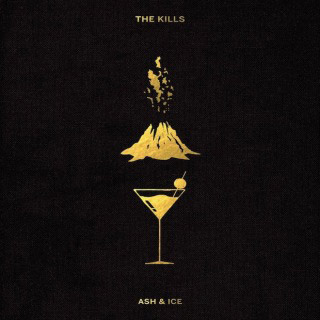 The Kills know what they’re doing. Jamie Hince’s staccato garage-guitar and Alison Mosshart’s woman-on-top, take-the-reins vocals have garnered them praise and success, making them one of the strongest bands to have come out of the garage rock-revival of the last decade. Even if they don’t vary the formula that much, it still continues with Ash & Ice.

Whether Ash or Ice, this record is most definitely a Kills release. Lead-off single “Doing It To Death” is a slow effective grinder in all the ways that The Kills know how to do it, while you can practically picture Mosshart singing “Hard Habit To Break” or jerking to the rhythm of “Hard Habit To Break”. Admittedly, the record slides a bit from this one-two-three start, and at thirteen songs, is probably a few tracks too many, as by the back half there are a couple of numbers that just feel like ‘standard’ Kills (including the requisite Mosshart + piano crooner, in this case “That Love”).

But even when The Kills are predictable, they are still welcome and still impress. Plus their live show (QRO live review) takes it more than a few notches. The Kills are powerfully doing it to death.