The Kills tour a lot, or at least QRO has caught them a lot, and there’s a good reason why.... 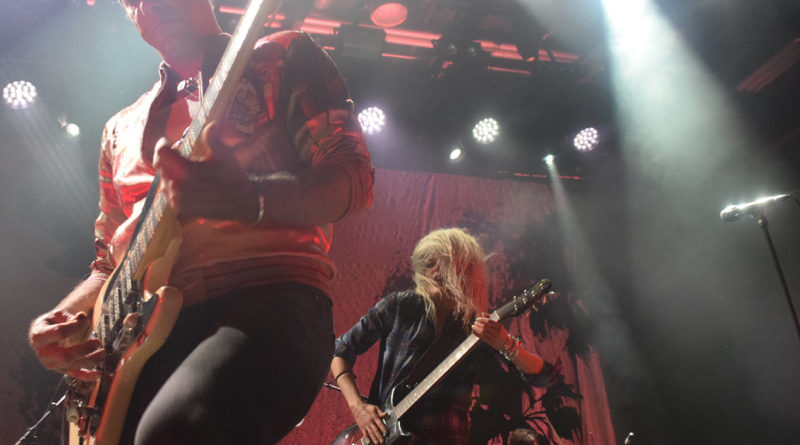 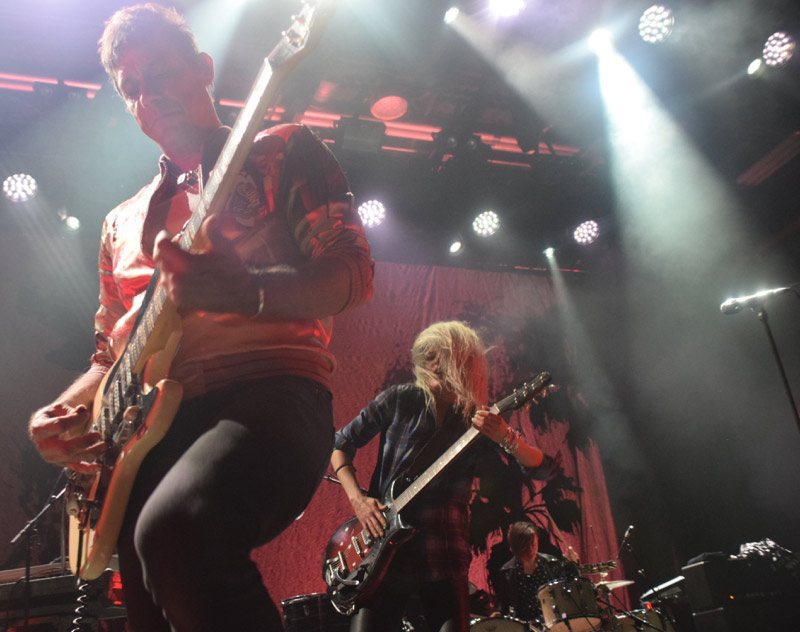 The Kills tour a lot, or at least QRO has caught them a lot, and there’s a good reason why. The duo of Jamie Hince and Alison Mosshart deliver visceral, electric shows (even when acoustic). They are the kind of performances that make you want more, not just an encore but a whole ‘nother show, make you come back to see them again & again, like when they came to the new Brooklyn Steel on Friday, July 21st.

Technically touring new acoustic EP Echo Home, this tour is really more of a second helping of last year’s Ash & Ice (QRO review), which dominated the set list at almost half, starting with the evening’s opener “Heart of a Dog”. The other main album on the list was 2008 breakthrough Midnight Boom, the record that got them put alongside The White Stripes in the indie-garage grit-rock revival of the prior decade (and later saw Mosshart team up with Jack White as The Dead Weather – QRO album review). However, they still closed the evening with “No Wow” from the 2005 full-length of the same name.

Highlights included the opening one-two-three of “Heart”, Boom’s “U.R.A. Fever”, and “Kissy Kissy” from 2003 debut Keep On Your Mean Side [or at least a highlight for your correspondent, up close in the photo pit to shoot the standard first three songs – of course it was a packed pit…], as well as the ending of Boom’s “Sour Cherry” and then “No Wow”. Going into the encore was a mash-up of “Pots and Pans”, off of 2011’s Blood Pressures (QRO review), and Keep’s “Monkey 23” – the former saw Mosshart go up the rise on drums at one point (to join the two hard-working backing touring musicians). And the encore return saw a slice of the acoustic Echo Home, with Mosshart solo & acoustic with “That Love”. 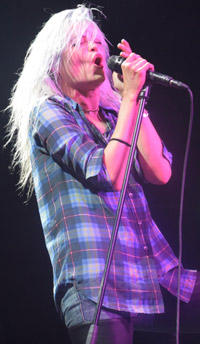 Mosshart was on guitar other times, particularly early & late in the set, but also in the middle for Boom’s excellent “Tape Song”. The deep Brooklyn Steel (QRO venue review) helped The Kills’ loud rhythm resonate, bouncing off the walls, as it can dissipate for them outdoors, for instance. The venue also gives good sight lines, no having to poke your head around if you couldn’t fit into the packed main space, like at their show at Brooklyn’s Warsaw last year (QRO live review), but also made the group a little too distant. To fully appreciate Mosshart’s jerks (to say nothing of tight black pants…) and Hince’s rock star guitar moves to the crowd (to say nothing of tight black pants…), one needs to be a little closer than a good percentage of the crowd was. But even if you couldn’t catch one of Hince’s guitar picks – the way he plays guitar, often at the front of the stage, ending with a big finish, it just invites, even demands, throwing his pick to the fans, early & often – it was nice not to be completely crushed, as there was still space to breathe in the back at the sold-out show. And the more removed view let one take in Mosshart’s stalking of the stage when not singing, energy trying to get unleashed. 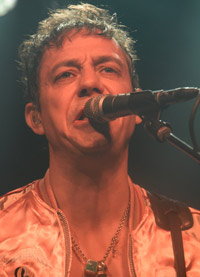 As is usual for crowds at Kills shows, but not for most indie-rock shows, the audience was roughly evenly split between males & females, and not the standard guy-heavy amount. But as is also usual for The Kills, there was a good percentage of bros and too slick hipsters. Certainly girls who were there in groups for a night out were way superior to those there with their bro boyfriends. 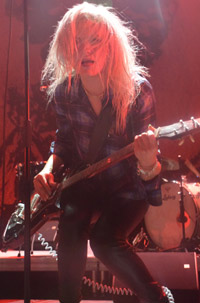 For longtime fans, unless you were way up front, this might not have been your favorite shows by The Kills (especially as they’ve played special shows in the Big Apple, in intimate & interesting places – QRO live review), but certainly reminded you why you came. It also might have been particularly nice for those seeing the band for the first time, not as demanding as a massive show like at Terminal 5 (QRO live review), but fully able to take it all in. And showing why you should catch them again next time they’re in town. 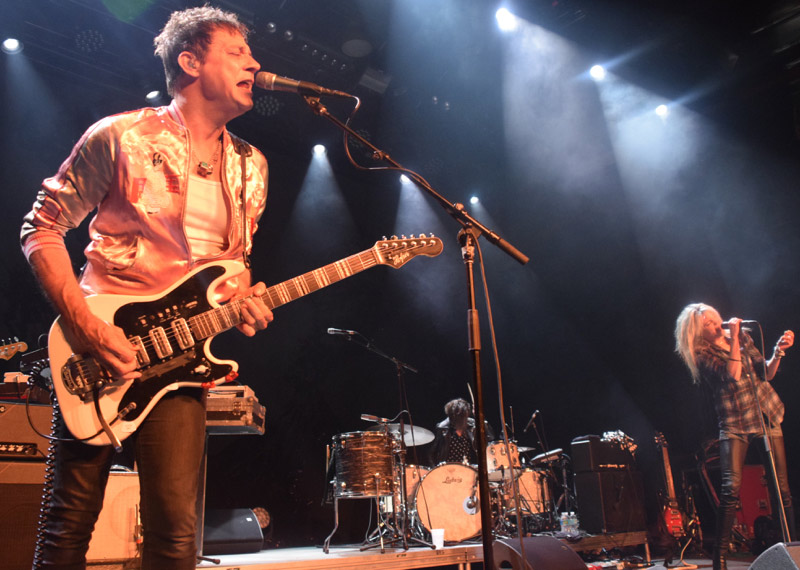