The Last Shadow Puppets – Everything You’ve Come To Expect

The Last Shadow Puppets are an odd sort of ‘super-group’ (as if that terms isn’t odd enough in itself…).... 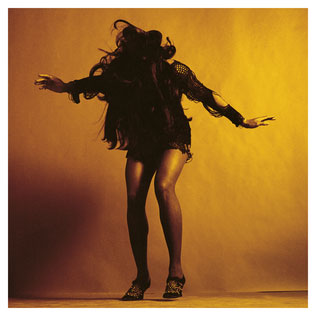 The Last Shadow Puppets are an odd sort of ‘super-group’ (as if that terms isn’t odd enough in itself…); mostly known for being fronted by Arctic Monkeys frontman Alex Turner, it’s just as often thought of as his side-project, though it also has on vocals & guitars solo artist Miles Kane, and the rhythm section is James Ford of Simian Mobile Disco & Zach Dawes of Mini Mansions (and the strings arrangement comes from indie-violin expert Owen Pallett). Maybe the most ‘usual’ thing about them is the long time between albums, common for any group that isn’t the main project, with Everything You’ve Come To Expect out eight years after debut The Age of Understatement. But they stand on their own with Everything, a sly disco-rock record with the confidence of a sixties mod.

Click here for QRO’s interview of The Last Shadow Puppets

Click here for photos of The Last Shadow Puppets at Webster Hall in New York, NY on April 11th, 2016 in the QRO Concert Photo Gallery

Turner already employed lothario charm in his main gig on 2013’s AM, which saw the original internet breakthrough band break through again. There’s the come-hither of “Dracula Teeth” and “Used to Be My Girl”, and the sexy seventies disco-rock “The Element of Surprise” and “Pattern”. But, though relaxed, The Last Shadow Puppets are not resigned, more early seventies than late, with pieces that reach back to the prior decade such as the keys-and-harpsichord title track, or sway-charm of closer “The Dream Synopsis”.

Unlike most side-supergroups, The Last Shadow Puppets feel like a thing of their own, not a one-off chance to do something different in their downtime. So fall for their relaxed, sly charm.