“The National Weather Service has issued a severe weather warning, please leave the venue and shelter in your vehicle.”... 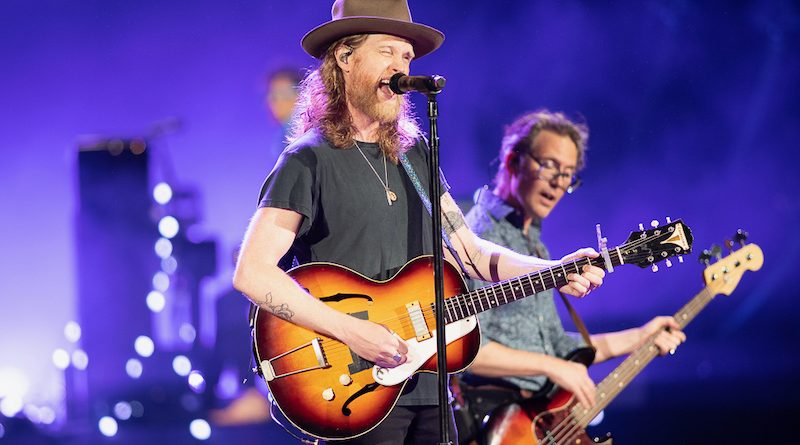 Photos of The Lumineers at 2022 Innings Festival in Tampa, FL

Photos of The Lumineers at Barclays Center in Brooklyn, NY on February 14th, 2020

Photos of The Lumineers at Wells Fargo Arena in Des Moines, IA on March 24th, 2017

Photos of The Lumineers at Madison Square Garden in New York, NY on February 3rd, 2017

Photos of The Lumineers at Sprint Pavilion in Charlottesville, VA on September 13th, 2016

QRO’s review of The Lumineers at Albert Hall in Manchester, U.K. on April 19th, 2016

QRO’s review of The Lumineers at Marlin Room at Webster Hall in New York, NY on April 8th, 2016

Photos of The Lumineers at 2013 Shaky Knees Festival in Atlanta, GA

“The National Weather Service has issued a severe weather warning, please leave the venue and shelter in your vehicle.” That’s how The Lumineers’ ‘BRIGHTSIDE’ tour stop at iTHINK Financial Amphitheatre in West Palm Beach started on Friday night, May 20th. The worst storm in recent memory was parked directly over the venue, and hopes for a show were dim. Nevertheless, fans that waited nearly three hours for the all-clear were treated to a night of Wayne Schultz and his Lumineers strumming through twenty-four songs of American folk-rock.

Following the success of their latest release BRIGHTSIDE, the Boulder-based band gave a stellar performance that included fan favorites, deep cuts, and covers. As the lights dimmed the crowd broke into Ho Hey at total volume as Jeremiah Fraites and his drum kit rose from below the T-shaped stage. The Lumineers have always been a dichotomy, a mix of closeness and splendor, and last night was no exception. The stage allowed the band to bring not only a musical intimacy, but a physical one as well as they took turns strutting out into the crowd, frequently taking selfies with fans. The music, however intimate was also loud and raucous and filled with a sound fit for a giant amphitheater. This is folk rock at its best, telling simple stories while at the same time engaging the crowd to sing along.

Schultz and the band started off the night with the title track from the new album, “Have You Ever Seen The Rain / Cleopatra”, and fan-favorite “Ho Hey”, which turned into an epic sing-along. This was the Lumineers doing what they do best, sharing their intimacy with a huge crowd. The setlist drew from all four albums almost equally as they drew from a deep well of material.

BRIGHTSIDE
Have You Ever Seen The Rain (CCR cover) / Cleopatra
Ho Hey
Flowers In Your Hair
Angela
A.M. RADIO
Gun Song
My Cell
Slow It Down
NEVER REALLY MINE
Sleep On The Floor
Gloria
Gale Song
WHERE WE ARE
Ophelia
It Wasn’t Easy To Be Happy For You
Leader Of The Landslide / You Can’t Always Get What You Want (Rolling Stones cover)
ROLLERCOASTER
REMINGTON / REPRISE
Big Parade
Donna
BIRTHDAY
Stubborn Love