The Lumineers – Live in the U.K.

Restrained is not an adjective you could use about The Lumineers... 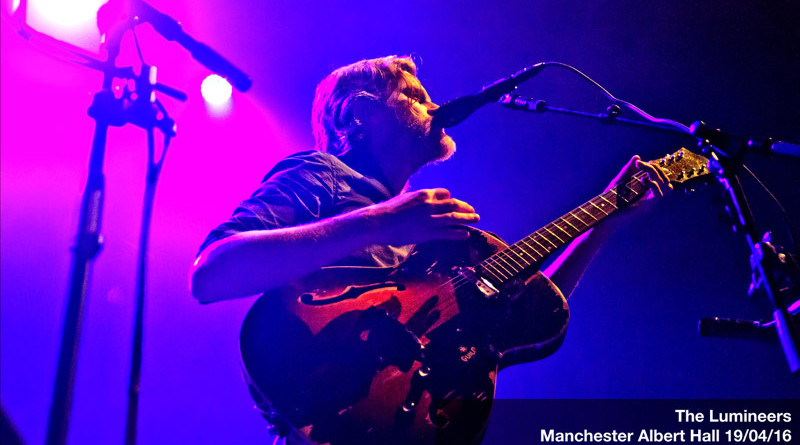 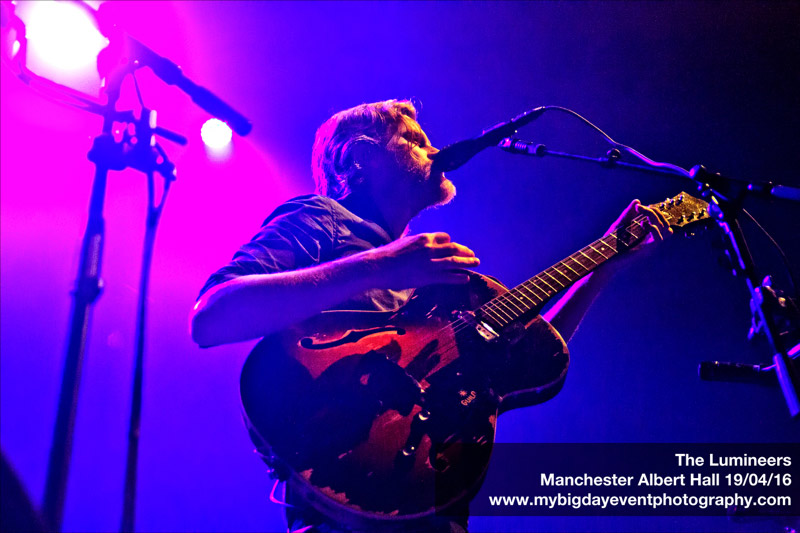 Click here for photos of The Lumineers at Santa Barbara Bowl in Santa Barbara, CA on September 26th, 2013 in the QRO Concert Photo Gallery

Click here for photos of The Lumineers at 2013 Shaky Knees Festival in Atlanta, GA in the QRO Concert Photo Gallery

Click here for photos of The Lumineers at Terminal 5 in New York, NY on February 1st, 2013 in the QRO Concert Photo Gallery

Click here for QRO’s review of The Lumineers at KOKO in London, U.K. on November 12th, 2012

Click here for photos of The Lumineers at 2012 High Sierra Music Festival in Quincy, CA in the QRO Concert Photo Gallery 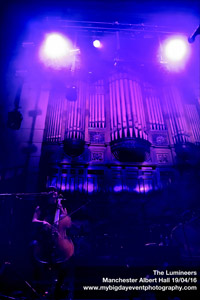 The Albert Hall. But not that Albert Hall. This one is in Manchester and it’s a small miracle of Late Victorian gothic baroque. It was closed up and forgotten about for thirty years until being reopened in 2011. It’s a huge pit of a place, with a superb three quarter balcony and just dilapidated enough to feel like you’re in touch with history. Getting to the toilets involves a huge trek through a subterranean maze, in corridors lined with those creamy ceramic tiles that have a curved profile in the corners. It’s like changing tube lines. The stage is bow fronted with a large overhang at the front, which makes navigating the pit pretty tricky but fortunately the edge is marked out in white tape like in Tomb Raider.

First up on Tuesday, April 19th was Canadian singer songwriter Andy Shauf, who plays a deliberately restrained set to an already packed house on a stage drenched in blood red light, which suited his mixture of wistful fragments of poetry and disarmingly humdrum accidental murder ballads, and while his live performance lacked some of the counter intuitive jazz embellishment that make his album The Bearer of Bad News such a riveting listen, it’s still clear that Shauf is someone to watch for the future. Which doesn’t necessarily mean the distant future because his new album, The Party, arrives on May 20th. 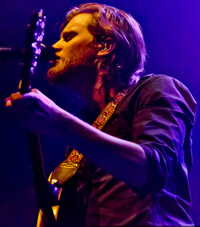 Restrained is not an adjective you could use about The Lumineers. Their set is part hootenanny, part sing-along, part revivalist prayer meeting, and all a big ‘come as you are’ party at someone’s very large house. It’s relaxed and joyful and sharp as a nail and the band are clearly having a great time. They’re helped by their relationship with their audience, which has the kind of warmth that you expect at gigs by people who have been around a lot longer than The Lumineers. They seem to have engendered the same kind of affection that you expect at a Springsteen gig; it’s almost tangible. I don’t think I’ve ever been at a show where all of the audience knew all of the words to all of the songs before. The sing-along started right from the opening “Sleep On the Floor”, and kept going until the end of the show, only going quiet when the house lights went on so the band can conduct an a-cappella audience version of “Ain’t Nobody’s Problem”. Suddenly everybody gets self-conscious. That’s audiences for you. 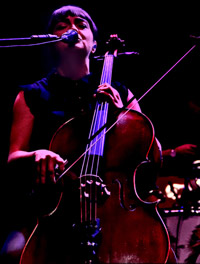 Usually at this point I’d pick some highlights, but this night it was all good. “Hey Ho” arrives earlier than expected, as did “Cleopatra”, “Classy Girls” & “Ophelia”, and with other bands you might expect so many big songs so early to lead to problems later on, but it didn’t. The Lumineers have enough quality material to keep things running just nicely and the band is flexible enough to change formats to keep things interesting throughout. Wesley Schultz was ever present, his voice as honey toned and emotional live as it is on the band’s studio work, complemented by the colours added by Jeremiah Fraites’ percussion and Neyla Pekarek’s cello.

After the show people were singing “Hey Ho” in the street and if this performance is anything to go by, I’d expect The Lumineers’ next visit to Manchester to bring them to The Arena just up the road, and I shall be able to tell people that I saw them when they were still playing interesting and slightly dilapidated Victorian chapels. I shall be a bit smug. 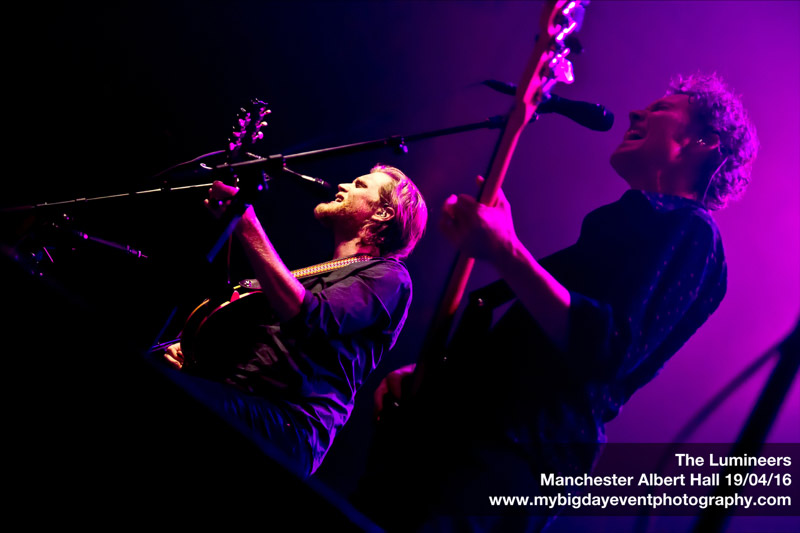