The Man Who Sold the World – Live

If ever you were going to look back, this was the band, time, place, and music to look back with.... 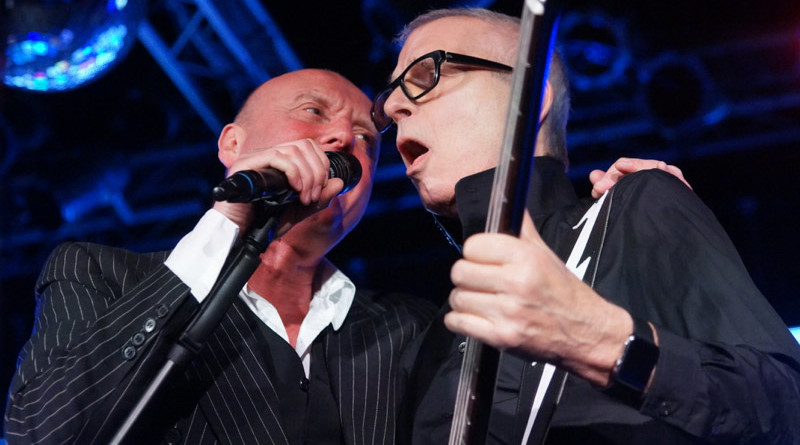 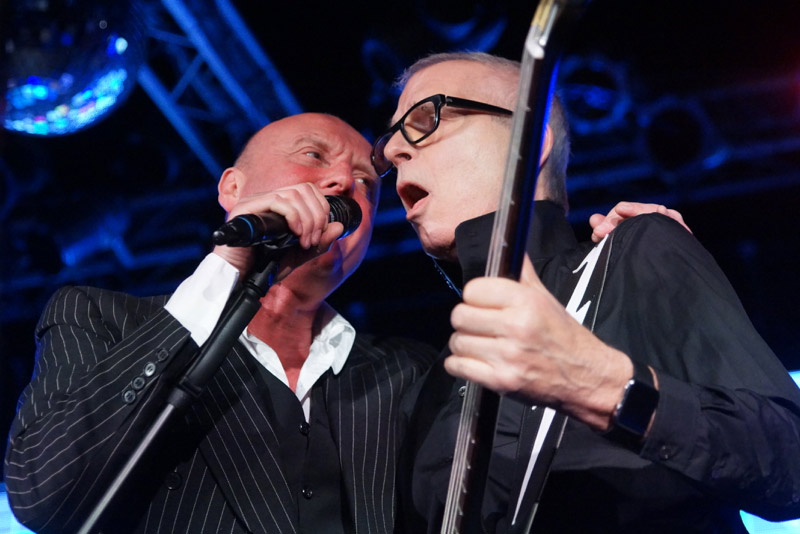 On Sunday, January 10th, David Bowie died, two days after his sixty-ninth birthday, and the release of his solo album, Blackstar (QRO review). Also on the eighth, Bowie’s seminal 1970 record The Man Who Sold the World was played in full in New York by Holy Holy, the band created by World bassist/producer Tony Visconti and drummer Mick Woodmansey (and named after a Bowie song). Visconti even held up his cellphone to the crowd, for them to wish Bowie a happy birthday. In the wake of the passing, the group could have called it quits on the World tour, but instead decided to play through their grief and celebrate the musician, figuring that was what he would want, and even added a second show in New York, Bowie’s home, back at Highline Ballroom, on Tuesday, January 19th.

It might surprise that the album played in full was The Man Who Sold the World. While considered Bowie’s first ‘great’ record, it has long been overshadowed by the subsequent glam-rock trilogy with band Spiders from Mars, Hunky Dory, The Rise and Fall of Ziggy Stardust and The Spiders From Mars, and Aladdin Sane (to say nothing of his later seventies ‘Berlin’ trilogy). Indeed, the World itself is often overshadowed by its own title track, which found a new generation of fans when Nirvana covered it in their famous MTV Unplugged session (QRO DVD review). This is much like Bowie’s prior record, originally his second self-titled album, but subsequently known & renamed for breakthrough single “Space Oddity”.

Yet World was actually a great choice. Playing any of Bowie’s more famous records would have been the easy hook for wider appeal, but would also brush too close to cover-band territory. What’s more, it would be obvious when playing a song like “Ziggy Stardust” that Ziggy himself wasn’t on the stage. The Man Who Sold the World is a highly respected album from Bowie’s fans, but not necessarily one that they have as personal a relationship with, leaving a more open canvas to work with. Furthermore, being such an early record in his impressive career, there were still kinks to be worked out that could be fine-tuned by Holy Holy. 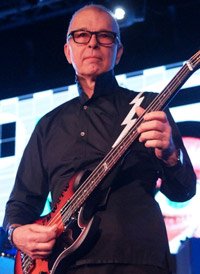 Visconti opened the set by obviously acknowledging Bowie’s passing and all that had happened since he’d last played Highline, a week-and-a-half before, noting that this was a “celebration,” so you were allowed to have fun. It was high-class fun, as Highline’s crowd floor was filled with couches & tables for the VIP ticket buyers, with waitresses bringing food & drink through the standing crowd during the show (though mostly only early on). Early World songs “All the Madmen” and “Black Country Rock” clearly stood out, “Madmen” vintage Bowie glam, while “Black Country” was Stones-esque blues-rock that people forget that Bowie could also do very well (similarly for “Running Gun Blues”). But knowing the set list, the crowd was in clear anticipation for “The Man Who Sold the World”, especially given its classic opening guitar riff, and it did not disappoint. The record closed with the epic “The Supermen”; after the band finished, Visconti got the band to do the song’s close one more time (and then thanked late World guitarist Mick Ronson, even imitating Ronson’s accent).

At nine songs, The Man Who Sold the World couldn’t fill an entire night, and like on January 8th, the rest of the set was classic early Bowie (the set list was the same as on the eighth). The start of Ziggy started the second half of the set, “Five Years”, “Soul Love”, and “Moonage Daydream”, with the apocalypse foretold in “Five Years” having particular resonance after Bowie’s own death. There was a medley “first done in 1973,” “The Wild Eyed Boy From Freecloud”/“All the Young Dudes”/“Oh! You Pretty Things”, which were respectively songs from Space Oddity, Bowie’s classic piece for Mott the Hoople, and Hunky Dory. From then on it was early Bowie hits, “Changes” and “Life On Mars?” (Hunky Dory – the former warning rock ‘n’ rollers, “Pretty soon now / You’re gonna get older,” while the latter particularly evocative about what we’ve lost), “Ziggy Stardust” and “Lady Stardust” (Ziggy Stardust), “Watch That Man” and “Rock & Roll Suicide” (Aladdin Sane and Ziggy). For the encore return it was “Time” (Aladdin) and finally “Suffragette City” (Ziggy) – “Wham, bam, thank you mam!” 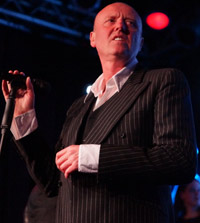 In the band, Visconti stuck to the bass that he played on World and other Bowie records (including the most recent) – even noting & thanking Spider from Mars bassist Trevor Bolder for the parts that Bolder had done on Hunky, Ziggy, and Aladdin. ‘Woody’ Woodmansey was of course in the back on drums (an original Spider, he remarked, “we’re not a tribute band – we’re the real dudes!”), with James Stevenson (Cult) and Paul Cuddeford (Bob Geldof) on guitar. Filling Bowie’s boots on vocals was Glenn Gregory (Heaven 17) – a difficult job, given Bowie’s well-known and unique vocals (particularly in the era of these recordings), which have often been badly mimicked by a drunken karaoke singer, but Gregory was up for it, and clearly enjoyed it. For “Lady Stardust”, Visconti brought out his daughter Jessica Lea Morgan to sing (she and her brother Morgan Visconti had done a split set between them to open, including Jessica covering Bowie’s “Under Pressure” – a song that her dad hadn’t worked on – and she did recorder on “Madmen”).

If ever you were going to look back, this was the band, time, place, and music to look back with. The crowd at the swanky Highline (QRO venue review – that opened in 2007 as part of the Highline Festival, a festival to raise funds for the nearby park, which was curated by none other than David Bowie) did contain a lot of folks who were old enough to have been Bowie fans from back in the day. Visconti noted the presence of super-fans “Sigma Kids,” who had been hanging around Sigma Studios in the making of Young Americans back in 1974, but there were also younger sorts (like your correspondent, who had been having a Bowie-heavy January since the birthday they both share, including reviewing Blackstar and reading Paul Trynka’s biography, Starman). The next day (not to be confused with Bowie’s second-to-last album – QRO review) was the final curtain for Bowie musical Lazarus (a sort of cross between Blackstar and Bowie’s starring actor film, The Man Who Fell To Earth), and Mayor Bill deBlasio proclaimed January 20th ‘David Bowie Day’ in New York (though it really should be January 8th…). Other tributes have been coming fast and furious, from tiny acts to Carnegie Hall (the Bowie tribute show there in March, with musical director Tony Visconti, has since expanded to a second night at Radio City). But this felt particularly special – it was a great pick of a great musician for a great night. 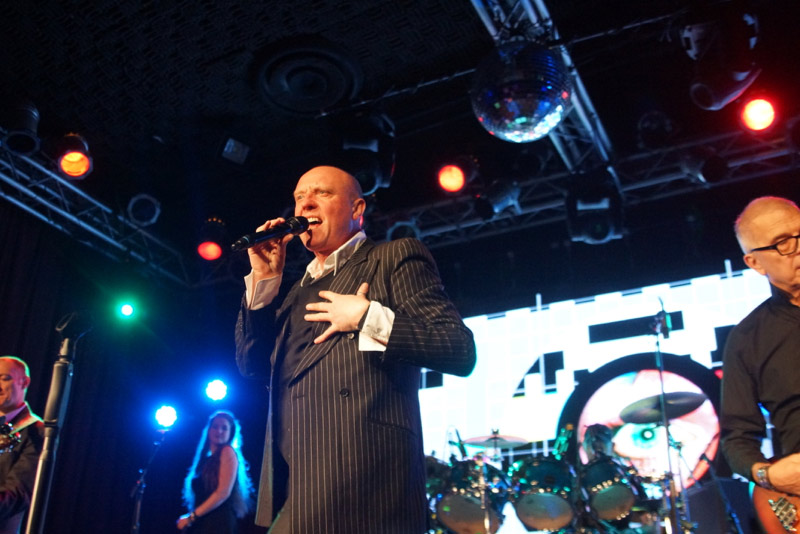