For their first record in four years, The National bring in electronic effects while retaining their tragic power.... 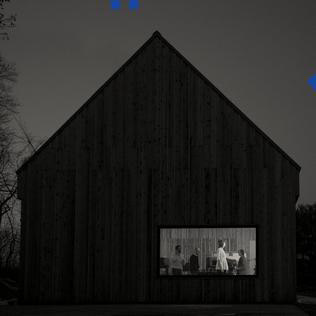 A decade-plus ago, The National achieved critical & commercial acclaim with Alligator and Boxer (QRO review), delivering tragedy that’s both epic and personal. Follow-ups High Violet (QRO review) and Trouble Will Find Me (QRO review) continued in that vein of excellence, though it could be said that they didn’t have quite the same ‘spark of new’ as earlier records. For their first record in four years, The National bring in electronic effects while retaining their tragic power.

Don’t fear it being ‘another indie-rock band going electronic’ – The National are far skilled enough not to let new dials overwhelm anything. The impressive classically-trained talent of guitarist brothers Aaron & Bryce Dessner has been succeeding everywhere from producing other people’s records to making music festivals in recent years; it’s almost not surprising that they push in new directions at their original ‘day job.’ Plus, Sleep still has that tension with singer Matt Berninger’s tragic rock overtones, and bassist & drummer brothers Bryan & Scott Devendorf can do both big & restrained.

Big single “Day I Die” might be the most reminiscent of older National to longtime fans, as big and electric as “Mr. November” or “Abel”. On the flip side, they can still do sad beauty with songs like “Born to Beg”. But the hallmarks of Sleep are the sonic Dessner experimentations behind Berninger’s vocals, like the tech sounds to “Walk It Back” and “Guilty Party”, the evening wa-wa guitar of “The System Only Dreams In Total Darkness”, or the distant effects of “Carin at the Liquor Store”.

The National have become one of the biggest alternative music bands to come up in this century/millennium, with all the attendant risks that entails. Previously, they had managed to keep delivering high quality while neither losing what made them great, nor feeling repetitive – yet they’ve managed to even top that, with just the right amount of very skilled experimentation, on Sleep Well Beast.