To say that The National is an enigma is a critically flawed remark, but their inscrutability and intimacy remains something poignant and powerful in this era of stadium shows... 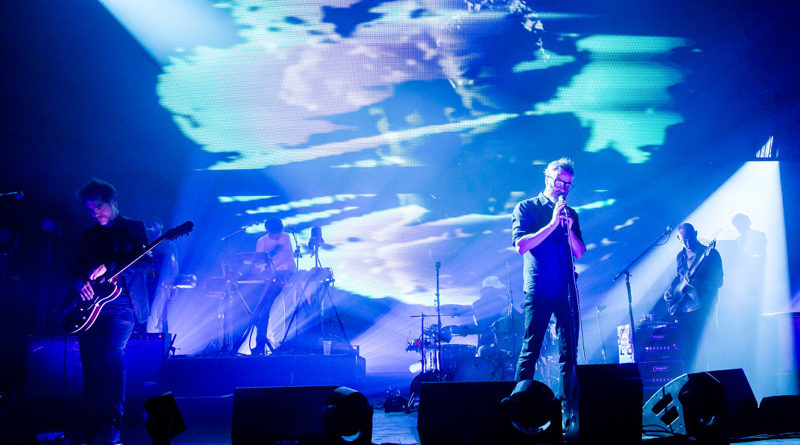 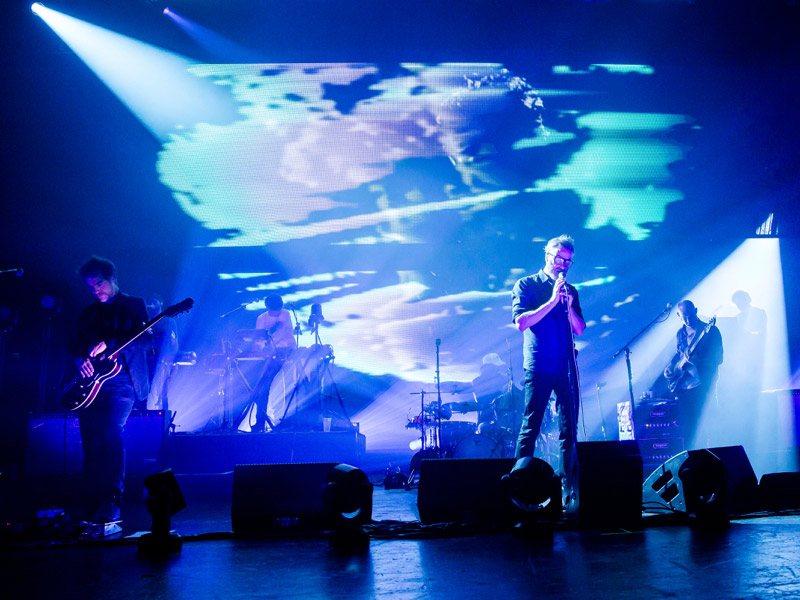 To say that The National is an enigma is a critically flawed remark, but their inscrutability and intimacy remains something poignant and powerful in this era of stadium shows and inaccessibility. Into their seventh album and fast-approaching their twenty year anniversary, they have moved well beyond the cult underground label that clung to them for so many years, yet the connection with their fans remains something almost physically tangible in the air at the Manchester O2 Apollo on Friday, September 22nd.

Their recent seventh album Sleep Well Beast (QRO review) is a curiously intimate and subtly humorous affair, but is an album that tends to reward multiple listens rather than delivering instant gratification. It was therefore a bold choice to open this night with four consecutive tracks from the new record, but the wave of energy that greets first single “The System Only Dreams in Total Darkness” signified that the record has already been taken to the hearts of the devoted. From a musical perspective, as edifying as it was to see the band headlining the likes of the O2 in London, there really was nothing like seeing the carefully compressed storm-churn of the likes of “Bloodbuzz Ohio” and “Fake Empire” echo around a sound-friendly venue such as the Apollo. The Dessner Brothers (Aaron and Bryce) dovetailed with each other harmonically – locked into a mutual fraternal swoop of sound, laceration and healing; with the Devendorf brothers (Bryan and Scott) communicating and operating effortlessly on the same telepathic level. They sounded like a band both classic and freshly relevant, able to chop and change the set list without compromising quality. And of course, the primary focus was on frontman Matt Berninger – all facial hair, precise movements and sandpapered baritone – barking, screaming and crooning in equal parts and prowling the stage like a hungry tiger (though swapping guzzled wine for swigged water on stage). Their sound is something both dark and beautiful; comforting and unsettling. It was a reminder that although many bands try to ape the remarkable success of The National, there really is nothing as fluidly magnificent as seeing them in full flow. 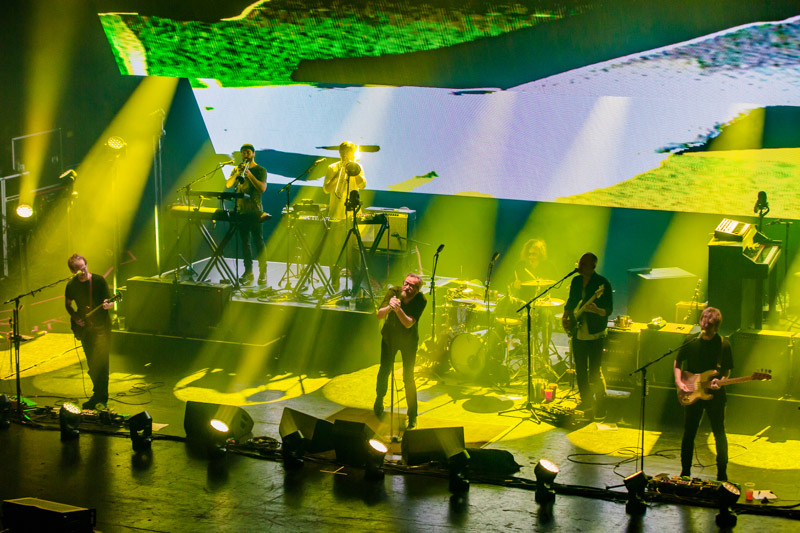 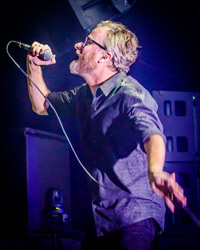 The calm introspection of the first half led into a greatest hits procession as the show reaches its conclusion. A sublime “Apartment Story” and a bittersweet “Lemonworld” gave way to a fearsomely choking “Day I Die” and a swelling, euphoric “England”, with the whole show concluding with a muscular, bellowed “Mr November” and a stirring, epic “Terrible Love”. Done, spent and complete – the band walked offstage to utter acclaim and deafening applause.

Over the years, The National have earned a deserved reputation as one of the best and most consistent live acts on the planet. Now however, they have the rarely earned ability to match this with a back catalogue of such treasures that they can pick and choose at will without losing a moment of quality or integrity. Nearly two decades on, they continue to awe and amaze. We should treasure them, they are truly one of a kind.

*This review is dedicated to the incomparable Dan Lucas. Who will forever be stood next to me when I watch or listen to The National until my last day on this earth* 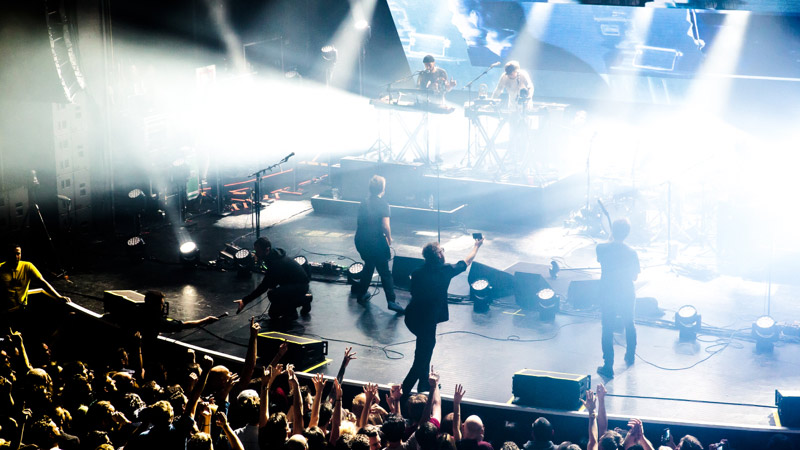