Kip Berman of The Pains of Being Pure at Heart grows up into Dylan as The Natvral.... 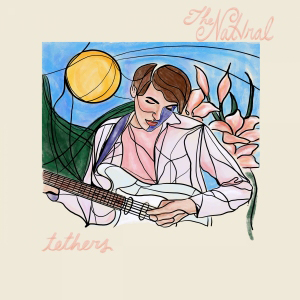 Back in the last decade, Kip Berman was the frontman for New York City’s The Pains of Being Pure at Heart, who produced the kind of throwback fuzzy indie-rock that people weren’t making anymore. Time moves on, and so did Berman, becoming a father & moving to Princeton, and he ended Pains. But he wasn’t ending his music, as he’s returned with new project The Natvral and the very Dylan-esque debut full-length Tethers.

Click here for photos of The Natvral at 18th Ward Brewing in Brooklyn, NY on April 4th, 2021 in the QRO Concert Photo Gallery

Click here for photos of The Natvral at 2019 New Colossus Festival in New York, NY in the QRO Concert Photo Gallery

Instead of the fuzzy alternative music of the early nineties, on Tethers Berman channels the wry, resigned sway of the late sixties. Yes, the Bob Dylan comparisons are right there, but done in the right way, from the more upbeat singles “Why Don’t You Come Out Anymore?” (QRO review) and “Sun Blisters” (QRO review) to kiss-off “New Year’s Night”. There’s the ‘goodbye to a girl you couldn’t hold’ in “Sylvia, the Cup of Youth” and “Runaway Jane”, even stark tragedy to close with “Alone in London”.

Indie rock fans of a certain age (particularly New Yorkers) will miss The Pains of Being Pure at Heart, which did nicely fit the kind post-college age where one lived in New York for a time. But Berman’s grown up like the rest of us, not fighting it, but embracing it as The Natvral.