The Polyphonic Spree returned to robes as “The Beginning Stages of” album versions were performed at original tempo for its 15th anniversary.... 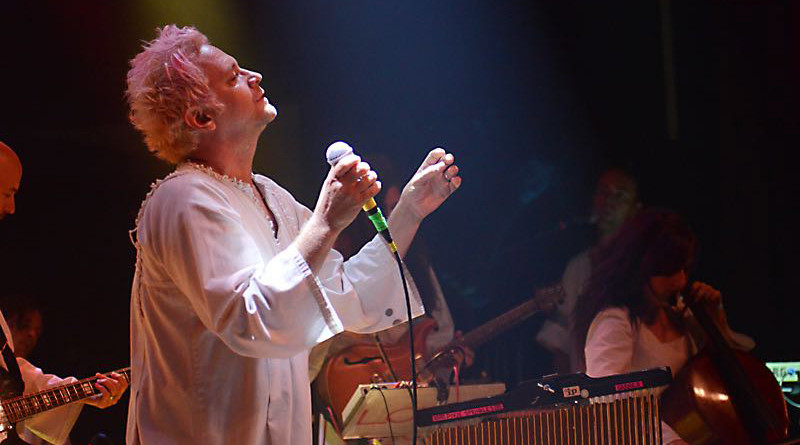 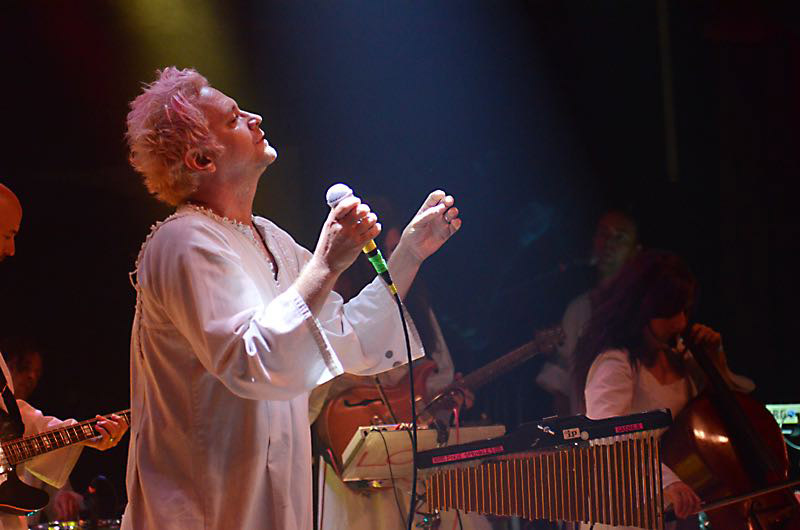 Click here for photos of The Polyphonic Spree at The Bootleg in Los Angeles, CA on July 15th, 2014 in the QRO Concert Photo Gallery

Click here for photos of The Polyphonic Spree at La Zona Rosa in Austin, TX on February 15th, 2012 in the QRO Concert Photo Gallery

The Polyphonic Spree returned to robes as “The Beginning Stages of” album versions were performed at original tempo for its 15th anniversary, on Saturday, October 24th at Atlanta’s Terminal West. There was breathing room for the delicate sounds of percussion, acoustic instruments, and flute by new player Rachel Woolf, who swayed and danced along while playing impeccably. Tim DeLaughter, conductor of the other 17 Spree members and the audience, waved his arms slowly around, directing both the band and the energy flow of the music. Highlights were “La La” and “Light and Day”. After the album set, he showed gratitude and happiness. 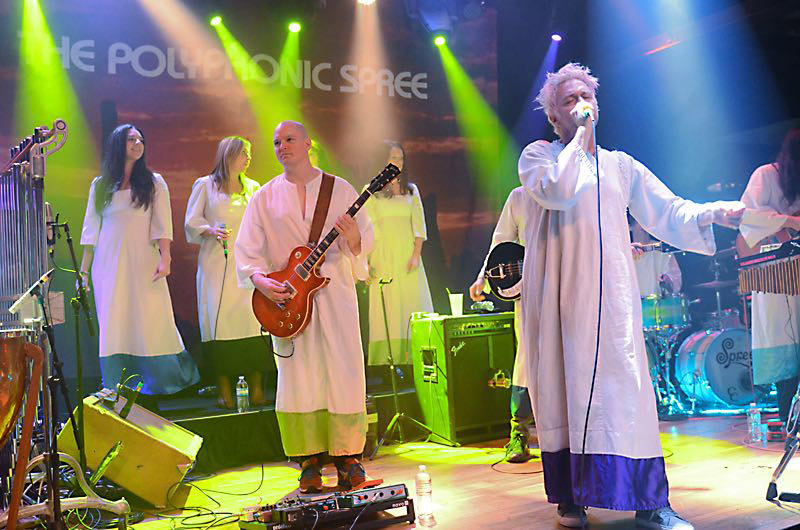 Click here for photos of The Polyphonic Spree at Center Stage in Atlanta, GA on February 10th, 2012 in the QRO Concert Photo Gallery

Click here for photos of The Polyphonic Spree’s holiday show at The Granada Theater in Dallas, TX on December 13th, 2008 in the QRO Concert Photo Gallery

Click here for photos of The Polyphonic Spree from the 2008 Norman Music Festival in Norman, OK in the QRO Concert Photo Gallery

The second half of the show brought faster songs and wider use of DeLaughter’s tenor vocals. The first two came from Yes, It’s True: “Popular by Design” and “Hold Yourself Up”, which both had positive messages and danceable music. The former featured the horn section and four-member female choir. On the latter, guitarists Ryan Fitzgerald and Nick Earl harmonized while both played wa-wa pedals. “Porpoise Song”, a Monkees cover, again had strong horns. A breakdown after the second verse had the full band put on an improvisational jam as DeLaughter played small bells on strings and Keith Hendricks played tubular bells. Stage lights were turned off and multi-colored, spinning party lights on the floor were turned on.

Votes were taken for the next song to play, and Nirvana’s “Lithium” was chosen. Pogoing was done by the majority of the band and DeLaughter sang in the middle of the audience on the last verse while they sat down. During the chorus, everyone rose and jumped around. Exciting moments like those are the ones that made The Spree famous. DeLaughter was inspired and sang atop the monitor speakers during “2000 Places”, using his conductor’s motions to show the band how long to hold extended crescendos while facing the audience. Next, a candlelit piece of cake was brought onstage. DeLaughter carried it through the audience all the way to the sound booth, introduced sound man Chris Michaels and sang “Happy Birthday” to him while kneeling in the middle of the crowd. It was an unexpected, touching ending. 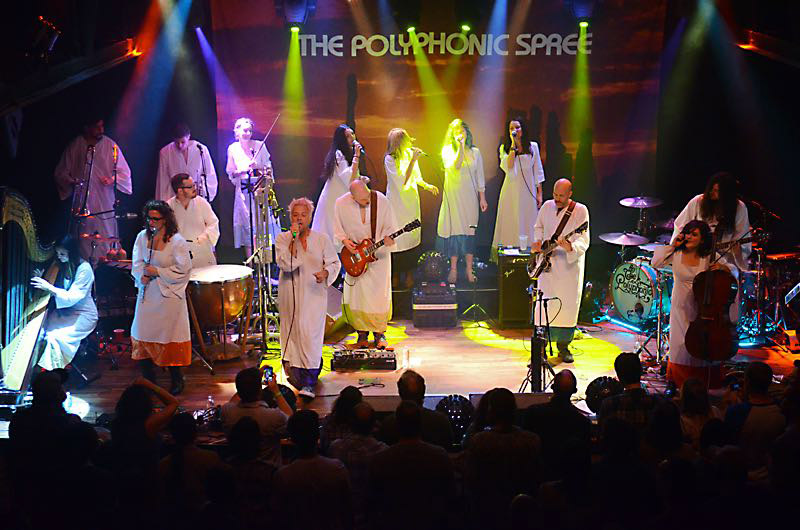