The Raconteurs – Help Us Stranger

Chet Atkins once famously said of Les Paul that he, “Never played a note in bad taste.”... 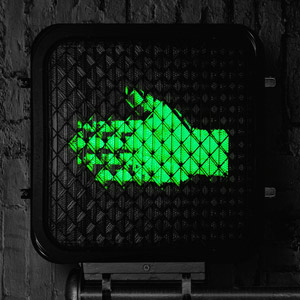 Chet Atkins once famously said of Les Paul that he, “Never played a note in bad taste.” As it slithers seamlessly between analog and electro soundscapes, with accompanying dynamic acrobatics that both assault and assuage the ear in synchronicity, The Raconteurs’ latest album Help Us Stranger deserves the same accolade.

This is an evocative, riff-based record that, true to the Third Man ethos, set out to be just that: a real record. As in, something that you play from start to finish, with no skips, and that gives you a cohesive feeling to absorb from the full experience. “Sunday Driver” is the Jack White of your fondest remembrance, navigating the miasma of love, ethics, and family (along with the blatant dearth of these things in the modern world) with a taciturn sneer that remains somehow simultaneously boyish and optimistic. “Only Child” is nothing short of elegiac and contains acoustic rhythms in possession of a singing melody all their own. “Live a Lie” takes you through a decidedly punk stratosphere and yet retains something of the fine-grained fracture that makes this album give off the same kind of dusty beauty as sawgrass blowing in a high-summer breeze.

The album feels sparse in the complimentary way – probably largely due to its live methodologies – yet paradoxically gives you the kind of aural architecture where phonic portals and portents are snuck into every little nook in the song that lesser artists might not even hear as empty space. There is no ornamentation here, only virtuosic instrumentation and the kind of meticulously thoughtful musicianship that has come to define this band. There is something soft-spoken about this record, even in its heaviest-hitting places. It conjures the same sort of past-in-the-future setting best illustrated by Star Wars – places none of us have ever been to but everybody still recognizes, songs that feel familiar before you have even met them properly. The running trope of swampish, somewhat boggy undertows of sounds used to convey the most romantic and aerial of lyrical sentiments may best resonate with the seeming conflict of the title. To borrow and invert a seminal line from the dashing “Don’t Bother Me”, this album is a “ruthless rule bender” of the very best kind.